"We've signed a memorandum of understanding on exploration for hydrocarbons in Libya's territorial waters and on Libyan soil, by mixed Turkish-Libyan companies," Mevlut Cavusoglu said at a press conference in Tripoli.

The deal follows an agreement Turkey signed with authorities in Tripoli in 2019, which demarcated the countries' shared maritime borders but sparked anger in Greece and Cyprus.

Cavusoglu however stressed on Monday that the new accord was between "two sovereign countries -- it's win-win for both, and other countries have no right to interfere".

Najla al-Mangoush, foreign minister in Libya's Government of National Unity, said the new deal was "important", especially in light of "the Ukrainian crisis and its repercussions" for energy markets.

The deal was rejected by a rival administration in the war-torn country's east.

Turkey had signed a controversial security agreement in November 2019 with Libya's UN-recognised government at the time, laying claim to extensive, potentially gas-rich areas of the Mediterranean.

The deal came at the height of a year-long battle between rival governments vying for control of Libya's capital.

The arrival of Turkish drones shortly afterwards was seen as crucial in the victory of Tripoli-based forces against those of eastern military chief Khalifa Haftar, backed at the time by Egypt, Russia and the United Arab Emirates. 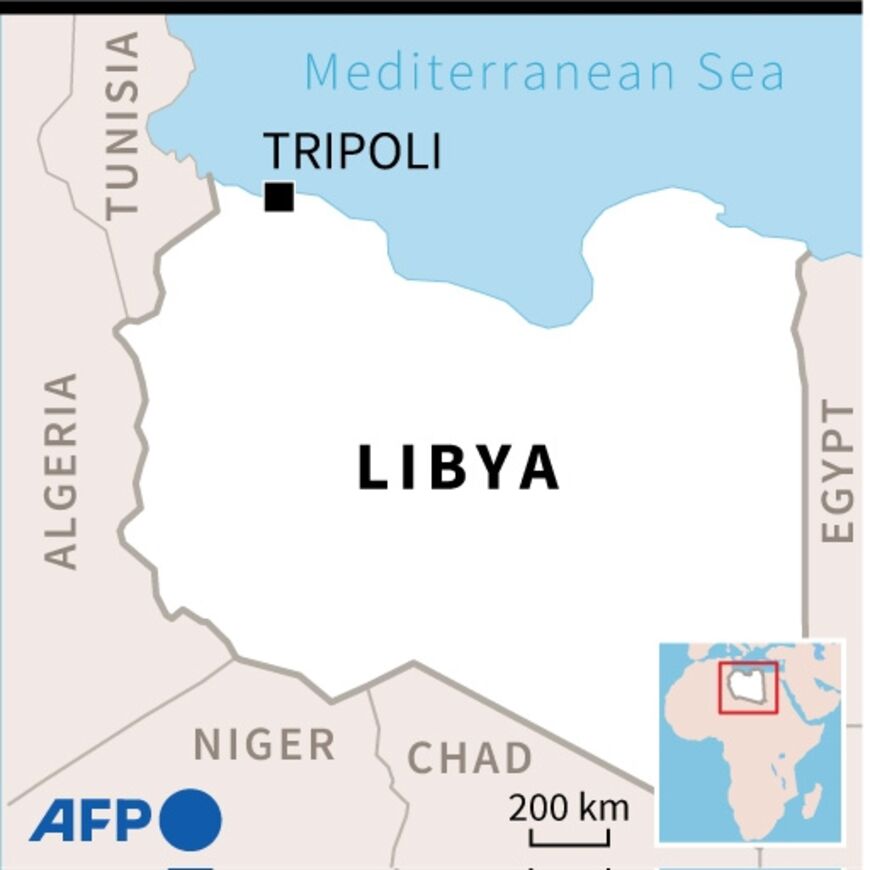 Cavusoglu was accompanied in Tripoli by a high-level delegation also including Turkey's energy, defence and trade ministers.

Turkey continues to play a major role in Libya's west, where rival governments are again struggling for control two years after the end of the last major conflict.

Since March, a government appointed by Libya's eastern-based parliament has been attempting to take office in Tripoli, but has so far failed.

Both the speaker of parliament and the head of the rival administration rejected Monday's accord.

Speaker Aguila Saleh, who has long argued that the Tripoli-based government's mandate has expired, called the deal "illegal and unacceptable", while the rival government of former interior minister Fathi Bashagha threatened to use the courts to annul it.

Athens was fiercely opposed to the 2019 deal between Ankara and Tripoli.

On Monday, Greek Foreign Minister Nikos Dendias said he had spoken to his counterpart in Egypt, Sameh Shoukry, and that "both challenged the legitimacy" of the deal.

Dendias said he would visit Cairo on Sunday for "consultations" on the issue.

Libya has been mired in violence for more than a decade since the 2011 toppling of dictator Moamer Kadhafi in a NATO-backed uprising.

Dozens of armed groups have been struggling for influence, backed by multiple foreign powers.