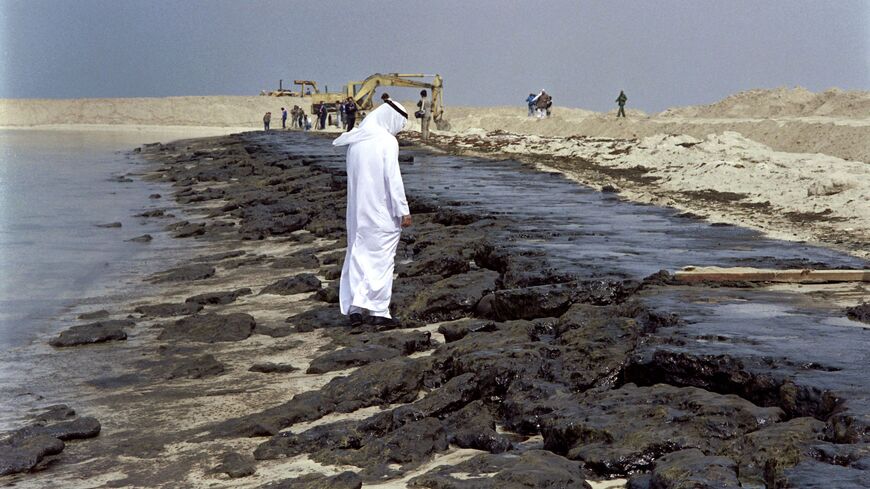 A Saudi Ministry of Information official looks at oil washed up on a Persian Gulf beach north of Jubail. - MIKE NELSON/AFP via Getty Images

The Saudi Public Investment Fund announced yesterday it will establish a company focusing on decarbonization.

Why it matters: Saudi Arabia is one the biggest oil producers in the world, as well as one of the Earth’s biggest carbon polluters. Oil is a major driver of economic growth in the kingdom.

At the same time, Saudi Arabia is seeking to reduce its dependence on oil and has invested in an array of renewable energy and green technology projects this year.