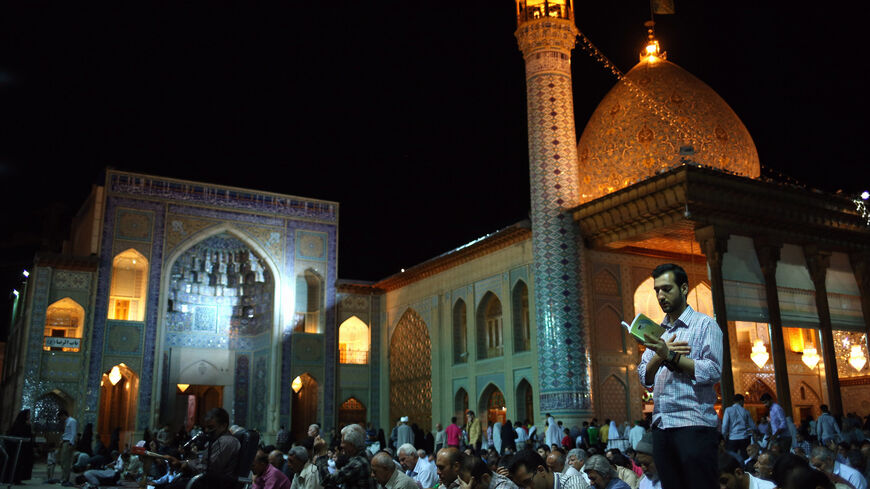 Worshippers pray at the Shah-e Cheragh shrine on May 29, 2014, in Shiraz, Iran. - John Moore/Getty Images

Numerous people were killed in a deadly shooting in Iran tonight.

The attack occurred at the Shah Cheragh shrine, which is holy to Shiite Muslims, in the southwest city of Shiraz. The official Islamic Republic News Agency put the death toll at 15 with an additional 27 injuries as of around 8 p.m. local time.

The Iranian news outlet Tasnim, which is affiliated with the Islamic Revolutionary Guard Corps, reported that two of the shooters have been detained, while a third remains at large.

What it means: Some Iranian media outlets referred to the assailants as “takfiri,” which refers to apostasy in Islam. The Islamic Republic uses the term to refer to enemy Sunni Islamist groups, such as the Islamic State (IS).

Multiple international outlets later reported that IS claimed the attack. The Iranian government did not immediately comment on the claim.

At least one of the attackers was a foreign national, according to the state-run Press TV.

IS also carried out a deadly attack on an Iranian military parade in the southwest Khuzestan province in 2018.

Know more: The attack occurred during widespread anti-government protests and accompanying crackdowns in Iran. The protests were sparked by the death of Iranian Kurdish woman Mahsa Amini, who died in the custody of religious police after being detained over her hijab.

This is a developing story and has been updated.