Iraq's oil reduction per the recent OPEC+ agreement will not affect the country's revenues, according to Iraq's oil minister. 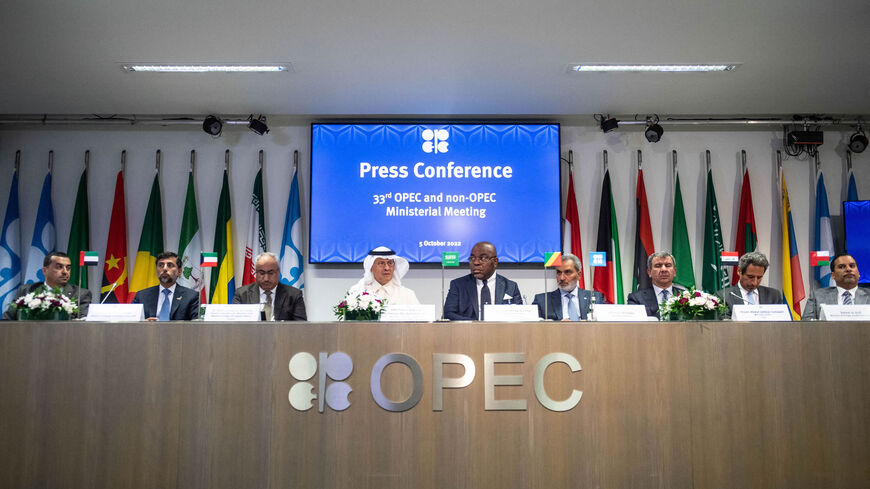 During the 33rd OPEC and non-OPEC Ministerial Meeting, which was held Oct. 5 at the OPEC headquarters in Vienna, Austria, the 23 member states decided to decrease oil production.

According to the Oct. 5 agreement by OPEC+ — 13 OPEC members and 10 of the world's major non-OPEC oil-exporting nations — Iraq's share would be reduced by 220,000 barrels per day from the planned production level within OPEC, which amounts to 4.651 million barrels per day.

Ismail continued, “The ministerial meeting of OPEC+ decided to reduce total production by 2 million barrels per day, with the contribution of all producing countries in OPEC+, and according to the production levels required for each of them, as of November 2022. The decision aims to protect oil markets from the negative effects, as a result of the conditions and challenges facing global markets.”

The decision of OPEC+ comes at a crucial time when the global market is vulnerable due to Russia's war on Ukraine that is significantly threatening the energy supply to European countries.

Last week, the blasts that tore through the Nord Stream 1 and Nord Stream 2 pipelines have already affected the energy supply in Europe.

The OPEC+ decision at this difficult time comes in conjunction with Europe approaching winter, which will pour more oil on the fire.

Any oil price increase would also affect US internal affairs as the oil price has already impacted the United States, and it might weaken the Democratic government against the Republicans who are opposing President Joe Biden's environmental policy in the energy sector.

US national security adviser Jake Sullivan said in an Oct. 5 statement, "The President is disappointed by the shortsighted decision by OPEC+ to cut production quotas while the global economy is dealing with the continued negative impact of [Russian President Vladimir] Putin’s invasion of Ukraine."

On the Iraqi side, despite Ismail's statement that the reduction would not affect Iraq, the reduction is against Iraq's long-term policy to double the oil production, reaching 8 million barrels per day.

Iraq signed a $27 billion deal last year with TotalEnergies to double its oil production, in addition to other projects in associated gas and clean energy sectors.

In spite of Iraq's imperative commitment to the OPEC+ decision reflected in Ismail's statement, the country's strategic partnership with the United States and other countries in the West is expected to play a role in the mediation with the OPEC+ nations in order to rectify the recent decision prior to the approaching winter months.