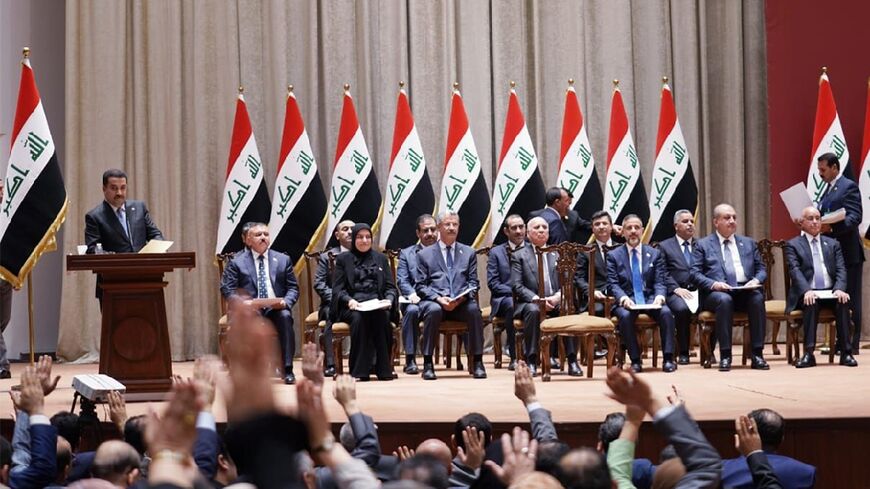 Iraqi MPs held a vote of confidence in the new government of Prime Minister Mohammed Shia al-Sudani on Thursday, in a major move following months of political infighting that paralysed life in the war-ravaged oil-rich country - -
by Ammar Karim and Laure Al-Khoury
October 27, 2022 — Baghdad (AFP)

The oil-rich but war-ravaged country is plagued by endemic corruption, rampant unemployment and decaying infrastructure.

"Our ministerial team will shoulder the responsibility at this critical period, in which the world is witnessing tremendous political and economic changes and conflicts," Sudani's office said in a statement after the vote.

Those changes will "add new challenges to our country, which is already suffering from accumulated crises, that have had economic, social, humanitarian and environmental impacts on our citizens", it added.

It said that Sudani's government obtained the confidence of parliament, but did not gave a breakdown of the vote which took place by a show of hands.

It added, however, that 253 MPs out of parliament's 329 members were present at the session.

Sudani, 52, was chosen to form the new government on October 13 following months of infighting between key Shiite Muslim factions that plunged the country into political deadlock. 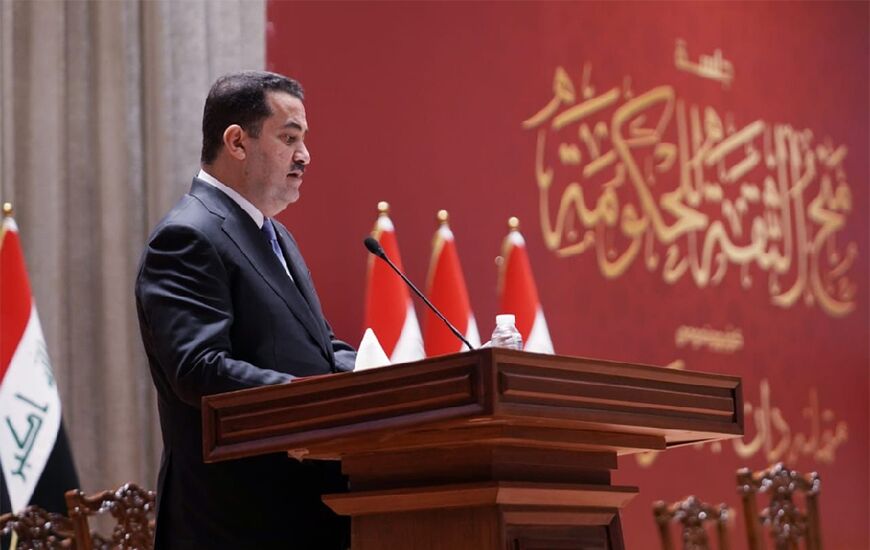 But Sudani had the backing of the Coalition for the Administration of the State, which includes the Coordination Framework, an alliance of powerful pro-Iran Shiite factions that hold 138 out of 329 seats in parliament.

Of the 21 ministries nominated, 12 posts go to Shiites supported by the Coordination Framework, six to Sunni leaders, two to Kurds and one to a Christian woman -- one of three females in the new government.

Some analysts say a new government does not mean the end of the power struggle between the Sadr and Coordination Framework camp that spilled into deadly clashes in August.

Ihsan al-Shammari, a political scientist at the University of Baghdad, said in order to avoid fresh unrest the new cabinet and the Coordination Framework should deliver reforms as demanded by Sadr.

Sudani has pledged to hold early elections "within a year" as requested by Sadr, a grey-bearded preacher who once led a militia against American and Iraqi government forces.

The new prime minister and his government were confirmed at a time when Iraq is facing numerous challenges and a battered economy.

State institutions have been weakened by decades of war, and corruption is endemic.

Official figures published last year estimated that well over $400 billion had gone missing from state coffers in the near two decades since dictator Saddam Hussein was toppled in 2003.

One of Sudani's first task would be to adopt a budget for 2022 -- a move key to unblock huge revenues from oil exports earned this year that are locked up in the central bank's coffers.

The colossal $87 billion in foreign exchange reserves are needed to put in motion much-needed reforms and kickstart infrastructure projects.

Despite its immense oil and gas reserves, about one-third of Iraq's 41 million population now lives in poverty, while some 35 percent of young people are unemployed, according to the UN.

On Thursday, the UN mission in Iraq said it "welcomes confirmation of Iraqi government, reaffirms readiness to support".