At a bazaar in north Tehran, merchants are paying a high price since protests erupted across Iran more than two weeks ago over the death in custody of young Kurdish woman Mahsa Amini.

"It was hardly great even before, because of the economic crisis that has hit our country under US sanctions," sighed 53-year-old shopkeeper Mehdi, sitting on a stool at a stall where he sells T-shirts.

"But now with the protests our work has been cut in half," said Mehdi, who like other merchants interviewed cautiously avoided comment on the protest movement itself.

"Customers who used to come out in the evenings don't come anymore."

During daylight hours, life goes on as normal in the stores and restaurants of the bazaar in Tajrish, an upmarket district of the Iranian capital.

But the covered market is deserted after nightfall, when demonstrators take to the streets.

They burn tyres or garbage cans, confront the police or shout out anti-government slogans from rooftops and windows, interspersed with chants of "Women, Life, Freedom," which has become a motto of the movement.

Sparking Iran's biggest wave of popular unrest in years, the death of Amini, 22, was announced on September 16, three days after her detention by the morality police for allegedly breaching the Islamic republic's strict dress code for women.

"I have to close the store four or five hours early for security reasons," explained Mehdi.

According to Iran's Fars news agency, around 60 people have been killed in clashes with security forces in the nightly, women-led protests and more than 1,200 arrested. Rights groups based abroad put the death toll at more than 90.

The market in Tajrish, like other bazaars in Iran, normally comes to life in the mornings and then again in the evenings until 10:00 pm. 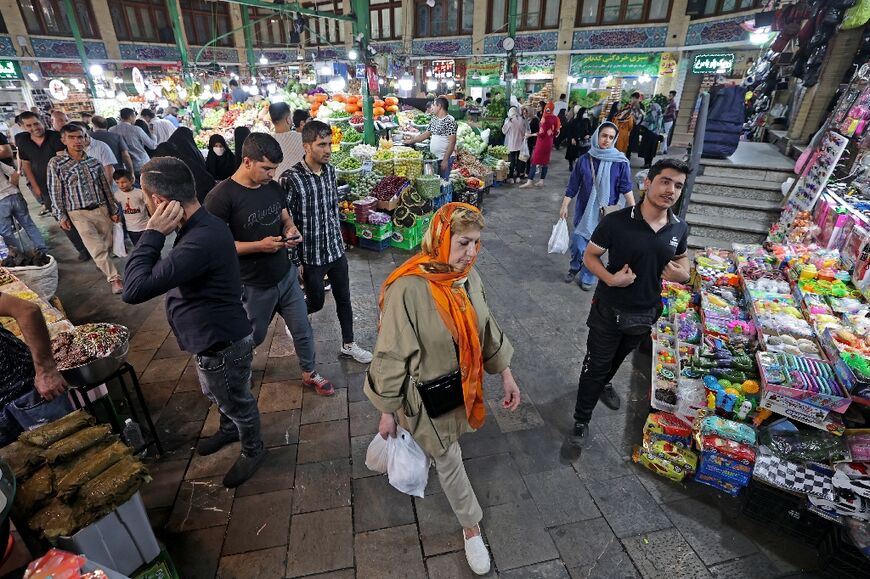 "After dusk, a different clientele comes out to shop," said a second trader, Behzad, who has been selling caps, socks and trousers for three decades.

"There are those who go out in the evening to avoid the daytime heat, others who just want to walk around and then the faithful who go shopping after prayers," he said.

"Now, because of the protests, people don't go out after 5:00 pm, especially women."

Behzad explained that police have not ordered shops to close early, but the merchants' union has warned that staying open would be at shopkeepers' own risk. "They will not take any responsibility in case of fire."