Students demonstrated in Tehran and other Iranian cities Saturday against an ongoing crackdown on dissent over the death last month of Mahsa Amini in the custody of the Islamic republic's notorious morality police.

Iranians based abroad and their supporters gathered in cities around the world in solidarity.

A wave of street violence has rocked Iran since Amini, a 22-year-old Iranian Kurd, died after her arrest by the morality police for allegedly failing to observe the Islamic republic's strict dress code for women.

Protests have been held nightly for more than two weeks, despite a bloody crackdown that a rights group says has claimed more than 80 lives.

"Woman, life, freedom" and "Death to the dictator", they chanted in the streets of Amini's hometown of Saqqez, in Kurdistan province of northwest Iran.

On Saturday, riot police massed at major road junctions across the capital, as students demonstrated in Enghelab (Revolution) Square near Tehran University in the city centre to press for the release of arrested students.

Police clashed with the protesters who were chanting slogans and arrested some of them, the semi-official Fars news agency reported. 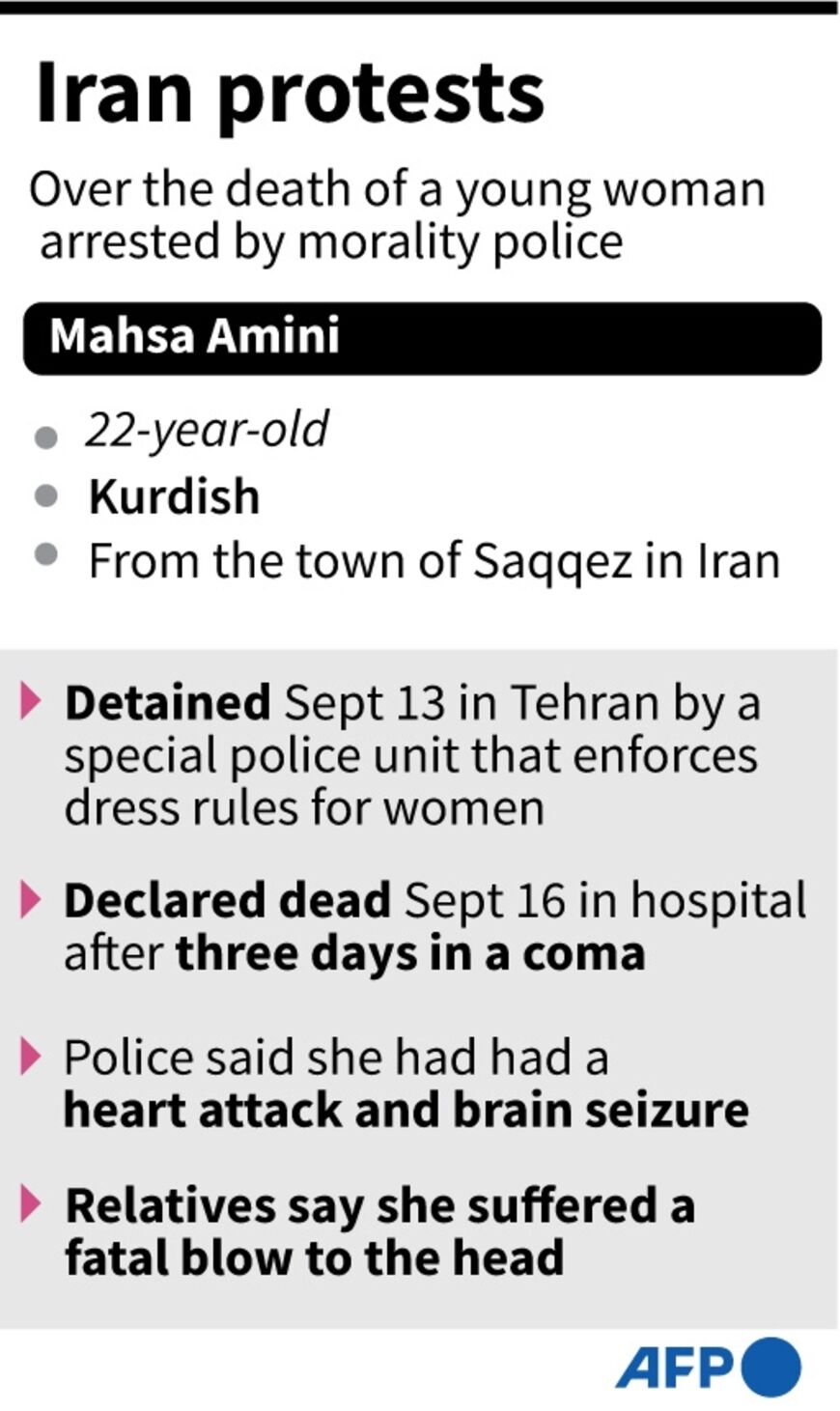 The protesters were seen chanting and women having removed their headscarves.

Demonstrations of support were called in 159 cities across the globe -- from Auckland to New York and Seoul to Zurich, the Iranians for Justice and Human Rights group said.

In Rome, at a rally of about 1,000 people, a half dozen women cut their hair in solidarity.

But in Beirut, the head of Lebanon's Iran-backed Hezbollah movement, Hasan Nasrallah, described Amini's death as a "vague incident" that was being used against Tehran.

"This vague incident was exploited and people took to the streets," Nasrallah said, adding that the protests do not reflect the true will of the Iranian people. 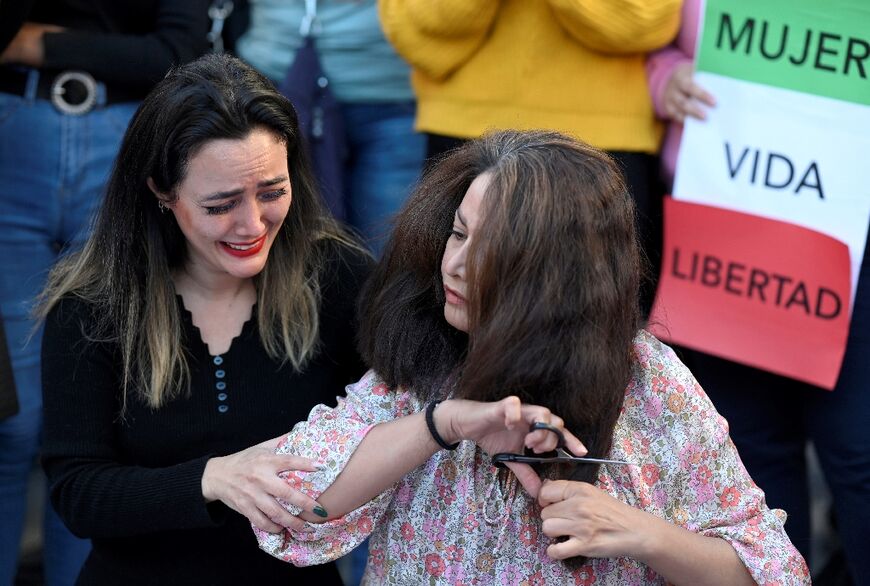 The protests flared in Iran on September 16, when Amini was pronounced dead three days after falling into a coma following her arrest.

Iran Human Rights group says at least 83 people have been killed in the crackdown. Amnesty International says it has confirmed 52 fatalities, while Iran's Fars agency has put the death toll at "around 60".

It is the bloodiest unrest in Iran since a ruthless crackdown on demonstrations in November 2019 over a sudden hike in fuel prices that killed at least 304 people, according to Amnesty.

Mir Hossein Mousavi, a former prime minister who has been under house arrest for more than a decade, urged security forces to halt the violence, in a message on the Instagram account of opposition group Kaleme. 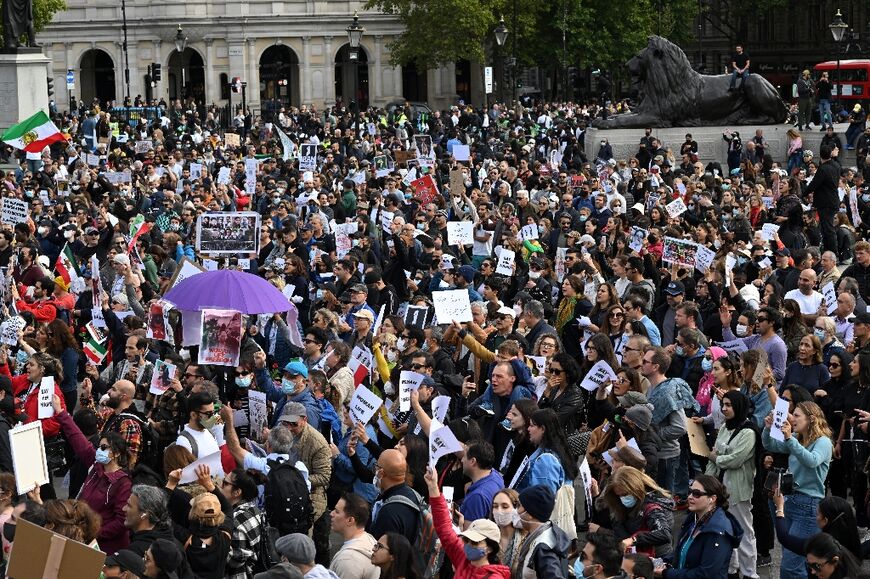 "I would like to remind all the armed forces of their pledge to protect our land, Iran, and the lives, property, and rights of the people," he said.

Iran's intelligence ministry said Friday that "nine foreign nationals", including from France, Germany, Italy, the Netherlands and Poland, were arrested "at or behind the scene of riots", along with 256 members of outlawed opposition groups.

But on Saturday, the United Nations announced that Iranian-American Baquer Namazi, 85, a former UN official who had long been barred from leaving Iran, had been given permission to fly out for medical treatment while his son Siamak, 50, had been released from seven years in prison.

The family's lawyer Jared Genser welcomed the Iranian moves as "critical first steps", but added: "We will not rest until the Namazis can all return to the United States." 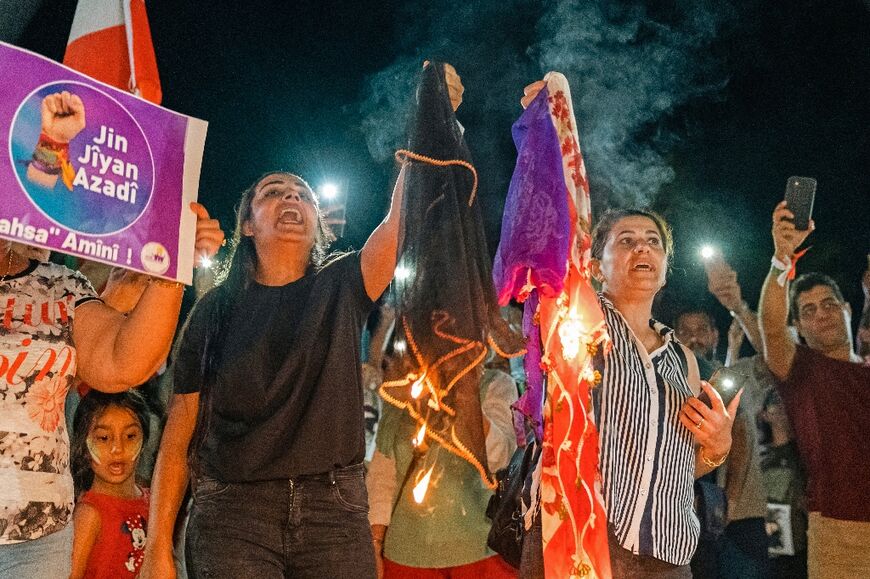 The administration of President Joe Biden had made a revived nuclear deal with Iran conditional on the family's release.

Iran has blamed outside forces for the nationwide protests.

On Wednesday, the Revolutionary Guards launched cross-border missile and drone strikes that killed 14 people including an American, in autonomous Iraqi Kurdistan, accusing rebel groups in the region of fuelling the unrest.

On Saturday, Iranian forces mounted a new bombardment of Kurdish rebel bases over the border that caused damage but no casualties, a rebel official told AFP.