Almost six years on, Turkey’s public remains in the dark on the burning execution of two compatriots in Syria. 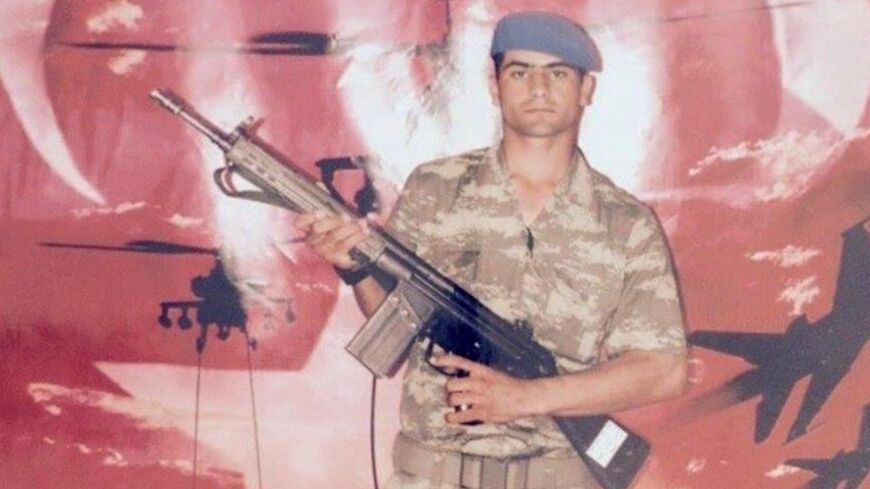 Turkish soldier Sefter Tas, who was killed by the Islamic State, is seen in an undated photo. - Facebook/Haber.Com.Turkiye

Turkey’s main opposition has revived questions over the gruesome execution of two Turkish nationals by the Islamic State (IS) in Syria, almost six years after a video showing the pair being burned alive shook the nation to its core.

Kemal Kilicdaroglu, head of the Republican People’s Party, visited the family of one of the victims this week, pledging to take the issue to parliament. “What upsets me the most is that the army and the government made no statement about the incident after it reverberated on social media,” he said.

The authorities responded with silence to the execution video, shared by IS-linked accounts in December 2016, that showed two young Turkish-speaking men clad in military camouflage being burned alive.

One of the victims — Sefter Tas, a soldier abducted from a border area the year before — has been confirmed dead. According to official records, the other victim — Fethi Sahin — is still alive. Authorities have yet to shed light on the execution and punish its perpetrators, even though several suspects — most of them Turkish nationals — have emerged from IS-related court cases over the years.

A Syrian IS member is believed to have ordered the execution following failed efforts by Ilhami Bali — the alleged Turkey emir of IS who remains on Ankara’s most wanted list — to use the two victims as a bargaining chip. The killing was allegedly carried out by two Turkish militants. Turkish national Omer Yetek disseminated the video.

Yetek, who was arrested in 2018 and released pending trial in 2020, had spoken about the execution in his testimony to the police. Contacted by Al-Monitor this week, he disowned his testimony, claiming the police had forced him to write it; he denied knowing any of the militants implicated in the killing. That Yetek remains free despite a six-year sentence for membership in a terrorist group is quite intriguing, even though he said he had appealed the sentence.

Even more intriguingly, Jamal Alwi — the Syrian who allegedly ordered the execution — appears to have lived quietly in Turkey for years. Having walked free after initial detention, he was rearrested last year after an investigative journalist reported he ran a bird shop in the border city of Gaziantep.

Senem Doganoglu, a lawyer representing victims' families in a court case over a bloody IS bombing in Ankara in 2015, told Al-Monitor that prosecutors in the city of Antalya had obtained phone records showing that Bali had sought to use the two victims as a bargaining chip.

Bali’s wife, who remains behind bars, has named Hasan Aydin as an executioner in her questioning by the police. Aydin’s fate remains unknown, while the other alleged executioner, Talip Akkurt, was reportedly killed in 2018.

According to investigative journalist Gokcer Tahincioglu, a comprehensive probe into the incident “could be conducted only after the state officially acknowledges the two soldiers were burned to death.”

Tas’ father said in 2017 that officials had informed the family the execution video was authentic and their son was dead.

As for Sahin, authorities have kept mum. Though he, too, is usually referred to as a “soldier,” some media outlets claim he had joined IS while others say he was an intelligence operative who infiltrated the group. According to his parents, Sahin left the family home in March 2015, saying he would go to Syria. Several months before the execution video, Sahin’s father was reportedly contacted by Syrians from a Turkish-backed rebel group who said his son was detained by IS for “being an informant” for Turkey’s gendarmerie force.

If Sahin really had an intelligence role, the official silence comes off as a sign that “the state is trying to evade responsibility” for his death, Doganoglu said.

Speaking after his visit to the Sahin family, Kilicdaroglu denounced Ankara’s silence. “Such a state mentality is unacceptable,” he said. “Tragedies may happen … but families must be told the truth."