Jabeur is by far the most successful tennis player to come out of North Africa, but has yet to win a Grand Slam tournament. 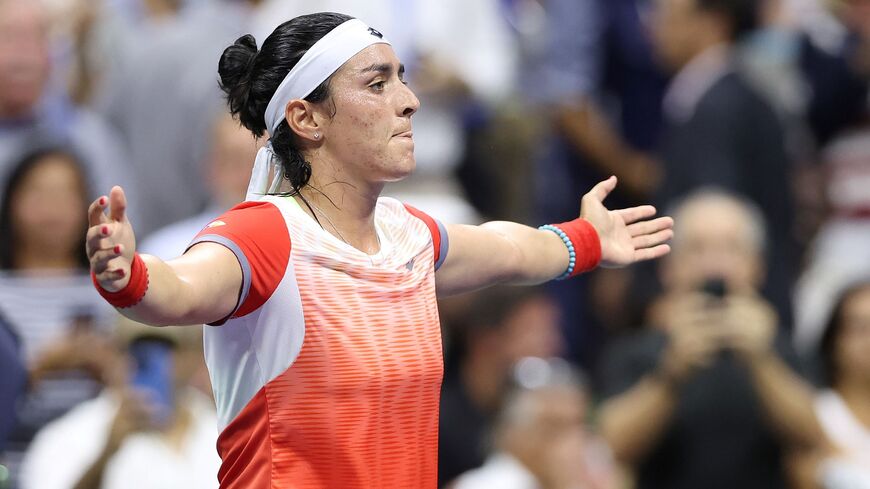 Ons Jabeur of Tunisia celebrates after defeating Caroline Garcia of France during their women’s singles semifinal match in the 2022 US Open on Sept. 8, 2022 in the Queens borough of New York City. - Matthew Stockman/Getty Images

Jabeur advanced to the championship Thursday, reaching her second Grand Slam final this year in the process.

"If you're still awake in Tunisia, thank you for your support," Jabeur said in front of the New York crowd following her semifinal victory.

In July, Jabeur became the first woman from the African continent to reach a Grand Slam tennis final when she advanced to the final round of Wimbledon. She lost to Kazakhstan's Elena Rybakina in three sets.

Jabeur has inspired many Tunisians to take up tennis. After reaching the Wimbledon final, she said, “I want to see more not just Tunisian, but African, Arab players on tour.”

Jabeur is seeking to become the first tennis player from North Africa to win a Grand Slam championship. There are four such tournaments each year, and they are also referred to as "majors."

Editor's note: this article was edited on Sept. 10 to reflect the result of the women's singles US Open final.