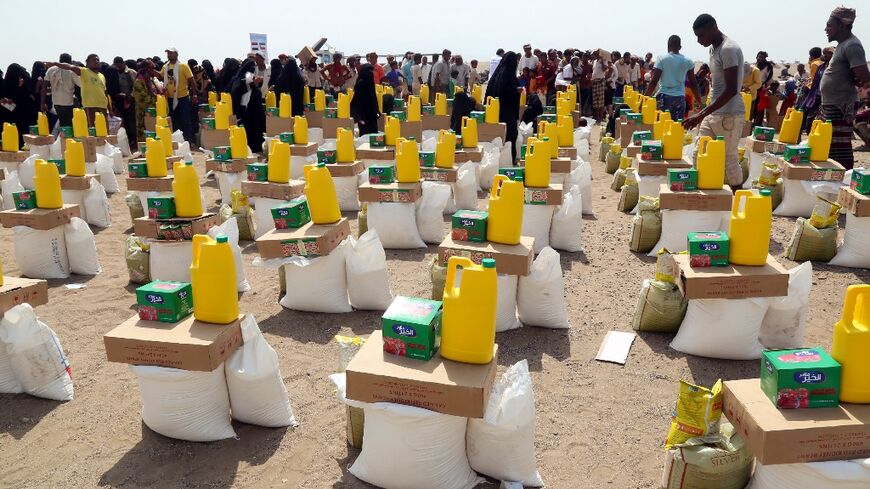 Millions of Yemeni civilians in rebel-held areas are dependent on the flow of aid through the Red Sea port of Hodeida where a fragile truce deal has been in force since 2018 - Khaled Ziad
Agence France-Presse
September 1, 2022 — Dubai (AFP)

Yemeni rebel fighters paraded through Hodeida Thursday drawing a stern reminder from the United Nations to abide by a hard-won 2018 agreement to demilitarise the Red Sea port city.

The rebels' Al-Masirah television channel aired footage of the parade it said involved air and naval forces as well as hundreds of uniformed troops.

The parade drew a rebuke from the UN mission deployed to oversee the deal the rebels reached with the government and its Saudi-led supporters in Sweden four years ago to avert potentially devastating fighting for the city's lifeline port.

The mission said it was "deeply concerned by the military parade that took place in Hodeida city today, in violation of the Hodeida agreement".

It called on the rebel leadership to "fully respect their obligations under the agreement, particularly as it pertains to keeping the city free of military manifestations".

Hodeida, which has been in rebel hands since 2014, provides a lifeline for millions of civilians in rebel-held areas who rely on international aid passing through its port to stave off starvation.

The 2018 deal has been bolstered by a nationwide ceasefire which took effect in April and has led to a sharp reduction in bloodshed as well as desperately needed fuel deliveries to Hodeida.