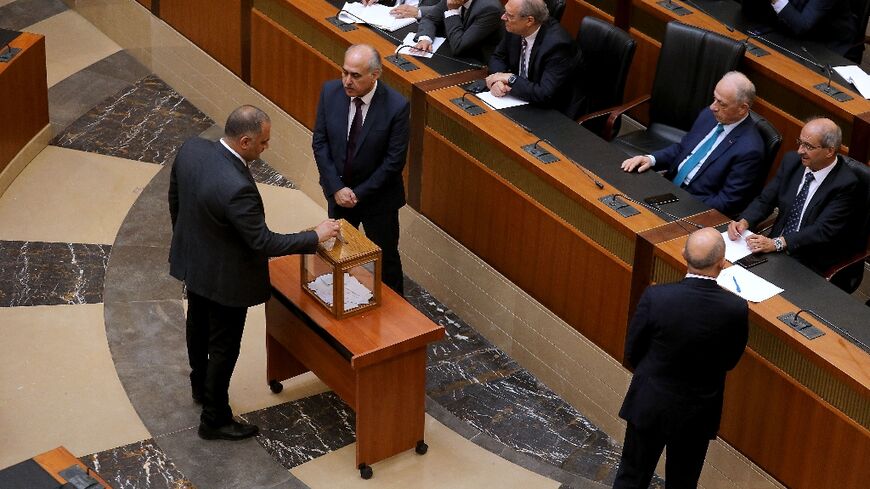 Lebanese lawmakers cast their ballots in a first round of voting for a successor to outgoing head of state Michel Aoun - Ibrahim AMRO
Agence France-Presse
September 29, 2022 — Beirut (AFP)

Lebanon's parliament failed to elect a new president after a first round of voting Thursday amid deep divisions over a replacement for Michel Aoun whose term expires next month.

A majority of lawmakers cast blank ballots, suggesting the election process is likely to drag on, an outcome Lebanon can ill afford as it wrestles with a crippling financial crisis.

Speaker Nabih Berri said he would call a new session of parliament "when an agreement is reached on the next president" -- a process that could take months in a country where constitutional deadlines are routinely missed.

Thursday's session was attended by 122 of parliament's 128 members, of whom 66 cast blank ballots.

Christian politician Michel Moawad, the son of former president Rene Moawad, emerged as the front-runner but his 36 votes fell well short of the 86 needed to win in the first round.

Under Lebanon's longstanding confessional power-sharing system, the presidency is reserved for a Maronite Christian. 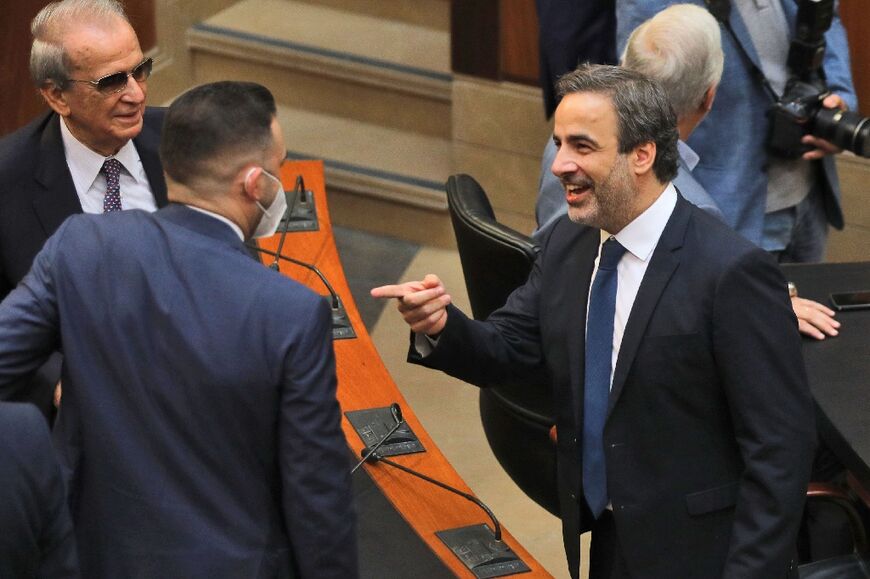 A walkout by some MPs meant there was no second round of voting.

Deep divisions among lawmakers have raised fears Lebanon could be left without a president after Aoun's mandate expires at the end of October.

The incumbent's own election in 2016 came after a 29-month vacancy at the presidential palace as lawmakers made 45 failed attempts to reach consensus on a candidate.

A statement by Aoun's office said the president was "satisfied with the launch of the electoral process" and expressed hopes parliament would continue to meet to elect a president within the constitutional timeframe.

The political parties that must now agree on the next head of state have yet to appoint a new government to replace the outgoing one after its mandate expired in May.

"If there is a political vacuum, the economic crisis would intensify and there is a clear risk of security incidents," said analyst Karim Bitar.

The Lebanese pound has lost more than 95 percent of its value on the black market since 2019 in a financial meltdown branded by the World Bank as one of the worst in modern times.

The crisis has caused poverty rates to reach more than 80 percent of the population, as food prices have risen by 2,000 percent, the United Nations has said. 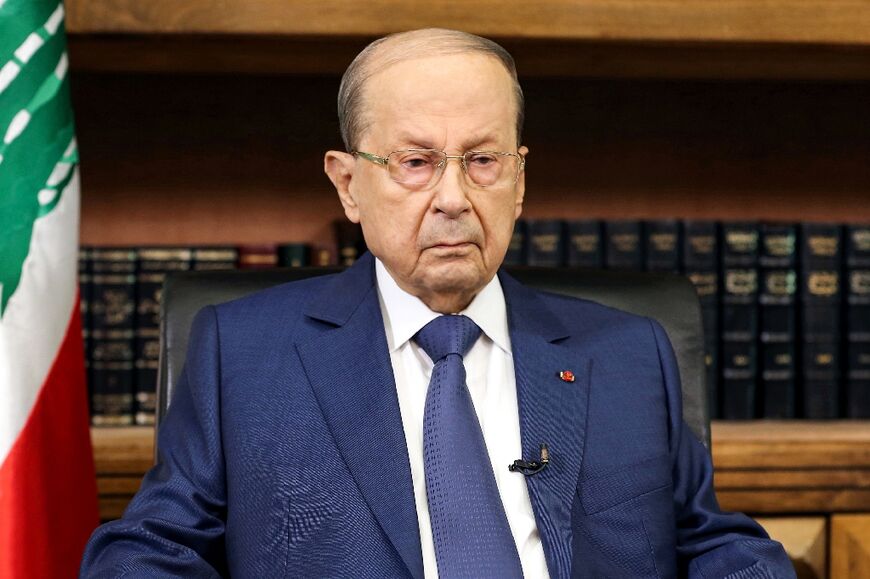 The international community has pressed Lebanese lawmakers to elect a new president in "timely" fashion to avoid plunging the country deeper into crisis.

Last week, France, Saudi Arabia and the United States issued a joint statement urging MPs to "elect a president who can unite the Lebanese people".

Lebanon is under pressure from the International Monetary Fund to streamline the implementation of reforms required to unlock billions in loans before Aoun's term expires.

As part of that effort, lawmakers on Monday approved an overdue budget for 2022.

The budget set the exchange rate for revenues from customs duties at 15,000 pounds to the dollar -- less than half the black market rate -- contravening calls by the IMF to unify the exchange rates operating in Lebanon.

The finance ministry said Wednesday that the official exchange rate would also drop from 1,507 to the greenback to 15,000 but only after lawmakers pass an overdue financial recovery plan.

French ambassador to Lebanon Anne Grillo called on Thursday for immediate action to lift Lebanon out of its downward spiral.

"Lebanon can get out of the crisis," she tweeted. "It is a challenge, but can and must be done."