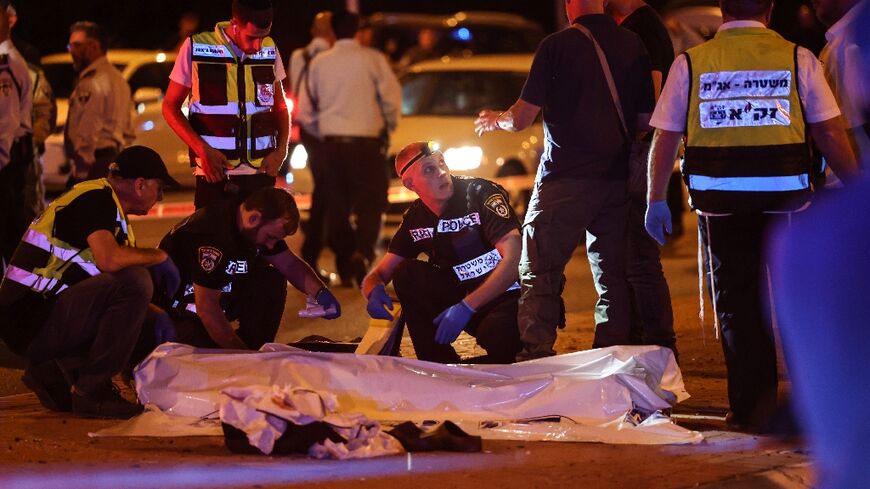 Israeli rescuers and security forces gather round the body of a man shot dead by police after a stabbing attack near Ramallah on September 22, 2022 - AHMAD GHARABLI
Agence France-Presse
September 22, 2022 — Jerusalem (AFP)

One Israeli was wounded and an assailant shot dead by police on Thursday in a stabbing attack in the occupied West Bank, Israeli police said.

The Israeli was "lightly injured by a suspect who was neutralised at Shital junction" on route 443, near Ramallah, the police said in a statement.

The police did not immediately comment on the identity of the attacker.

A separate statement said that seven others were injured by tear gas sprayed by the assailant during the attack.

Israel has stepped up operations in the northern West Bank in particular after a wave of attacks against Israeli targets killed 20 people, mostly Israelis, since March.

The army has carried out near nightly raids on Palestinian-administered towns and cities, sparking frequent clashes with residents.

Dozens of Palestinians, including civilians and members of armed groups, have been killed.