Iranian President Ebrahim Raisi, in New York for the UN General Assembly meetings, called Mahsa Amini's family in an attempt to stem the reaction to her death in police custody. 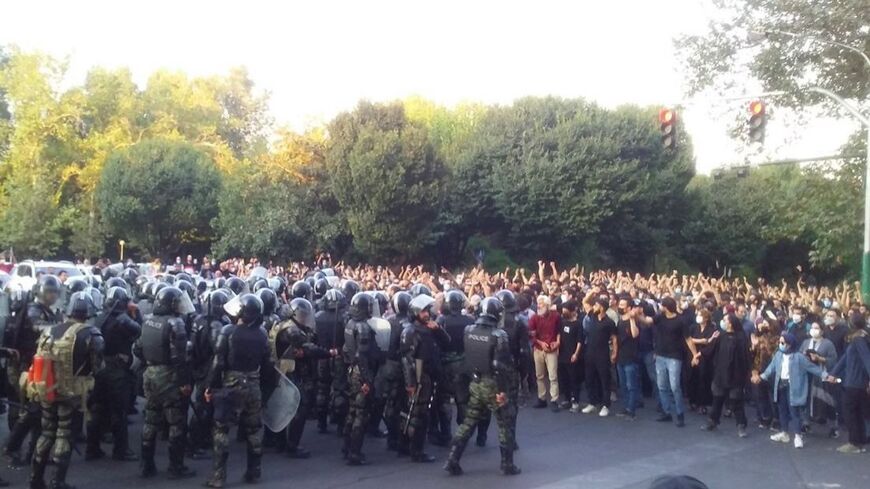 The protests that began in the Kurdish city of Saqqez — Mahsa's birthplace — spread to Tehran and over a dozen cities, including Sanandaj, Isfahan, Ilam, Ghazvin, Tabriz, Rahst and even the conservative city of Mashhad.

At least four people, including an elderly woman, have been killed in protests in Kurdish cities, according to the foreign-based rights organization Hengaw and other opposition outlets monitoring political developments in Iran.

The Kurdistan governor confirmed three deaths but described them as "suspicious" and denied any shooting by security forces.

The state broadcaster has reported on the rallies in which "norm-breaking" slogans were chanted. It linked the protests to "instigation" by exiled separatist groups and Persian-language news networks based in London.

"Death to [Ali] Khamenei" was chanted during most of the rallies that targeted Iran's supreme leader.

Mahsa's death on Sept. 16 occurred following her three-day coma, which has unleashed a tug of war between the government and its critics. The official narrative blames her death on a "sudden heart attack," which has been met with skepticism by civil society and human rights activists.

At a presser on Sept. 19, Tehran's police chief Hossein Rahimi once again rejected those accusations. When pressed for body camera footage, he noted that despite being normally used by the Morality Police, those cameras were not operating in Mahsa's case.

The public reaction has prompted even state-appointed bodies and institutions to seek transparency and enter a once red line debate on compulsory hijab, which has been imposed by the clerical establishment since the 1979 Islamic Revolution.

The Khamenei-controlled Supreme Council of Cultural Revolution warned in a statement on Tuesday that Mahsa's case served as "a wakeup call" for all government institutions to focus their duties merely on raising awareness, suggesting that strict measures have proven counterproductive.

Similar moves were made by students across at least eight university campuses in Tehran, Karaj and Tabriz, where they called Khamenei "a disgrace" and demanded his departure.

In other forms of solidarity for Mahsa's death, many women and men, including actresses and athletes, joined an online campaign to cut off their hair or entirely shave their heads before cameras.

In an attempt to placate the anger,  President Ebrahim Raisi held a phone call with the Amini family over the weekend to offer condolences and promises of a probe.

Raisi, a former judge facing multiple accusations pertaining to his human rights record, is currently in New York to attend the UN General Assembly. US-based Iranians have launched campaigns to protest his presence, particularly over his alleged role in the execution of thousands of political prisoners in the 1980s and the ongoing crackdown at home.

Ahead of his trip, Raisi declared during a CBS interview — a version of which was published by his official website — that hijab was a self-made choice by Iranian women who "observe it spontaneously." The CBS reporter said she had been told "how to dress" for the interview.