Dozens of young Iranians and Americans gathered Tuesday in front of The New York Times building in Manhattan to demonstrate for the rights of women in Iran, and to decry "bias" at the paper.

Activist Forouzan Farahani knelt on the sidewalk in front of the building and shaved her head in an act of protest following the death of 22-year-old Mahsa Amini, who died in the custody of the notorious morality police in mid-September.

Women in Iran have been leading demonstrations since September 16, defying a crackdown that a rights group says has killed more than 75 people and that has drawn international condemnation.

"We are here today to protest... the murder of Mahsa in Iran and uprisings that are ongoing across Iran in different cities," said Farahani, 31.

The Iranian told AFP the demonstrators were also protesting "bias and selective narrative" in The New York Times' coverage of Iran in recent years. 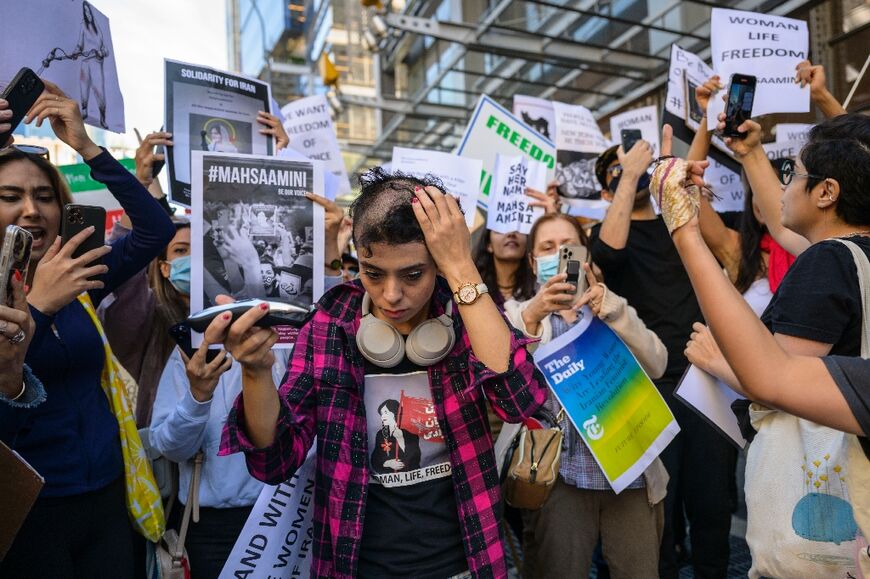 "We also think that they don't have a neutral position and so we think that it's good to come to here and protest," Farahani said.

The protesters singled out Farnaz Fassihi, a New York-based reporter for the Times who is covering the crisis in Iran.

"We stand by our reporting of the unrest in Iran, which is led by Farnaz Fassihi, an experienced journalist who has covered the Middle East for the past 25 years," a spokesperson for the paper told AFP.

"As demonstrated today, Farnaz is regularly and unfairly harassed and threatened for her independent, deeply sourced reporting, which holds Iran's authoritarian leadership to account. We will continue to do so, as our journalists cover the ongoing nationwide anti-government protests." 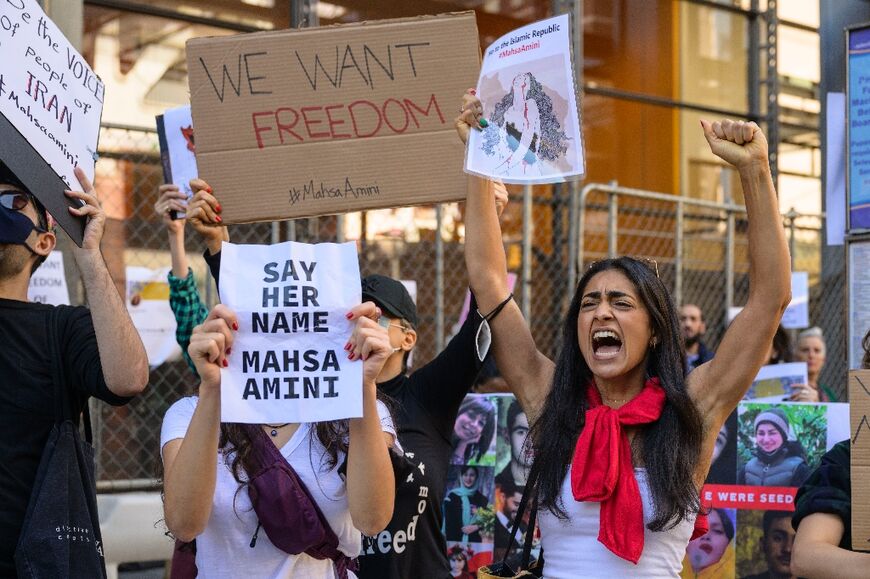 In Iran, riot police in body armor have beaten protesters with truncheons in running street battles.

"They are protesting against the government, which kills their beloved ones."