The South Asian country is also seeking help from Turkey as well as the Gulf in relation to its economic crisis. 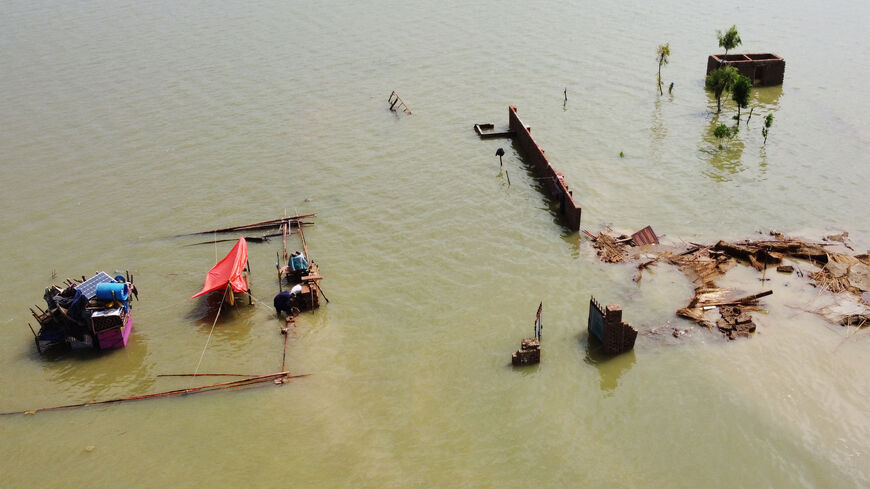 A man collects his belongings from a collapsed house in a flooded area after heavy monsoon rains in Jaffarabad district, Balochistan province on Aug. 30, 2022. Aid efforts ramped up across flooded Pakistan to help tens of millions of people affected by relentless monsoon rains that have submerged a third of the country and claimed more than 1,100 lives. - FIDA HUSSAIN/AFP via Getty Images

Turkey is sending aid to Pakistan amid deadly flooding in the country.

The Turkish government has sent seven planes loaded with tents, food, medicine and more to Pakistan so far. They plan to send another two late Tuesday to Karachi’s international airport, the official Anadolu Agency reported.

Turkey’s Red Crescent is also helping distribute food and water in the southwest Balochistan province, while the country’s Relief and Disaster Agency plans to set up a tent city in the southeastern Sindh province, according to the outlet.

The state-owned Associated Press of Pakistan has also reported on the Turkish aid deliveries.

Why it matters: Pakistan has been dealing with horrible monsoon-related flooding since June. More than 1,000 people have died throughout the country so far. Part of the cause is melting glaciers, which has led the United Nations, the Pakistani government and others to attribute the floods to climate change and rising temperatures.

The flooding situation is being compounded by Pakistan’s economic crisis. The South Asian country has sought help from Turkey in this regard as well. Prime Minister Shahbaz Sharif visited Ankara in June in an effort to secure Turkish investment and boost trade ties. Saudi Arabia, the United Arab Emirates and Qatar also recently pledged billions of dollars in investments in Pakistan.

Know more: There have been climate-related issues in the Middle East this year as well. Iraq, Iran and Syria have been hit hard by sandstorms, for example. Lebanon has also contended with forest fires.