Oil giant Saudi Aramco on Sunday unveiled record profits of $48.4 billion in the second quarter of 2022, after Russia's war in Ukraine and a post-pandemic surge in demand sent crude prices soaring.

Aramco's massive Q2 windfall was the biggest quarterly adjusted profit of any listed company worldwide, according to Bloomberg.

"While global market volatility and economic uncertainty remain, events during the first half of this year support our view that ongoing investment in our industry is essential," said Aramco president and CEO Amin H. Nasser.

"In fact, we expect oil demand to continue to grow for the rest of the decade," he added.

Aramco will pay an $18.8 billion dividend in Q3, the same as it paid in Q2. It "continues to work on increasing crude oil maximum sustainable capacity from 12 million barrels per day to 13 million by 2027", its earnings announcement said.

The quarterly profits, the highest since Aramco's record-breaking IPO in 2019, beat a company-compiled analyst forecast of $46.2 billion.

Aramco floated 1.7 percent of its shares on the Saudi bourse in December 2019, generating $29.4 billion in the world's biggest initial public offering.

The "crown jewel" and leading source of income for the conservative kingdom temporarily supplanted Apple as the world's most valuable company in March. It now lies second in the list with a market valuation of $2.4 trillion.

Saudi Arabia has sought to open up and diversify its oil-reliant economy, especially since Mohammed bin Salman's appointment as crown prince and de facto ruler in 2017.

Despite raising production, Aramco has pledged to reach "operational net zero (carbon) emissions" by 2050. Carbon pollution is tallied in the country that uses the fuel, not where it is produced.

Saudi GDP jumped nearly 12 percent in Q2 on the back of high oil prices, the government announced last month. Abu Dhabi-based energy expert Ibrahim Elghitany said the oil bonanza was a "golden opportunity" for the country.

"Saudi Arabia has recently achieved financial surpluses that it did not achieve during the last decade, which helps to provide financing for its development projects," Elghitany told AFP.

Nasser said Aramco recovered quickly from a series of attacks by Yemen's Huthi rebels on its facilities earlier this year, including a dramatic strike in Jeddah that sent smoke billowing during a Formula One practice session in March.

"We were able to restore our production in all these facilities immediately. In a few weeks, all facilities were working and producing at full capacity," he told a media conference call.

Oil prices have dropped by $30 per barrel from a peak in June due to growing supplies, but remain close to $100. 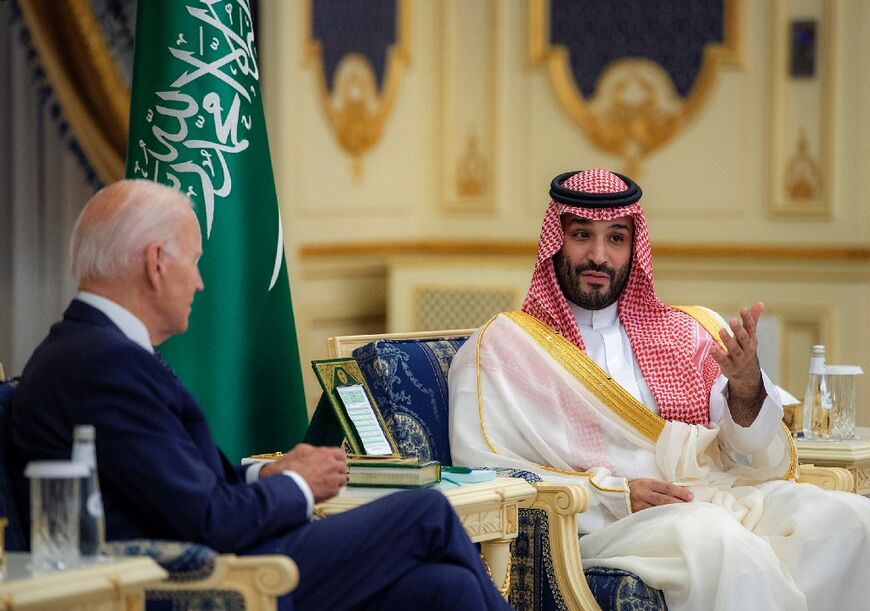 The OPEC group of oil-producing countries has been gradually raising production, despite pressure from Western leaders including US President Joe Biden -- who visited Saudi Arabia last month -- to pump more.

Biden's trip was seen as a climb-down after he previously promised to make Saudi Arabia a "pariah" over the killing of Washington Post columnist Jamal Khashoggi by Saudi agents in Turkey in 2018.

High oil prices are contributing to the inflationary pain suffered by consumers worldwide. In June, Biden grumbled that Exxon "made more money than God this year", advocating higher taxes on oil companies.