Salman Rushdie is loaded onto a medical evacuation helicopter near the Chautauqua Institution after being stabbed multiple times while speaking on stage in New York state - Handout
by Nicolas REVISE
August 14, 2022 — New York (AFP)

Salman Rushdie is on the road to recovery and showing signs of his "feisty and defiant" self, family and friends said Sunday, days after a shocking assault left him on a ventilator with multiple stab wounds.

But his condition, while still serious, has since shown clear signs of improvement and he no longer requires assisted breathing.

"He's off the ventilator, so the road to recovery has begun," his agent Andrew Wylie said in a statement. "It will be long; the injuries are severe, but his condition is headed in the right direction."

The prize-winning writer -- who spent years under police protection after Iranian leaders called for Rushdie's killing over his portrayal of Islam and the Prophet Mohammed in his novel "The Satanic Verses" -- was about to be interviewed as part of a lecture series when a man rushed the stage and stabbed him repeatedly in the neck and abdomen.

The suspected assailant, 24-year-old Hadi Matar from New Jersey, was wrestled to the ground by staff and other audience members before being taken into police custody.

He was later arraigned in court and pleaded not guilty to attempted murder charges. He is scheduled to appear again on August 19. 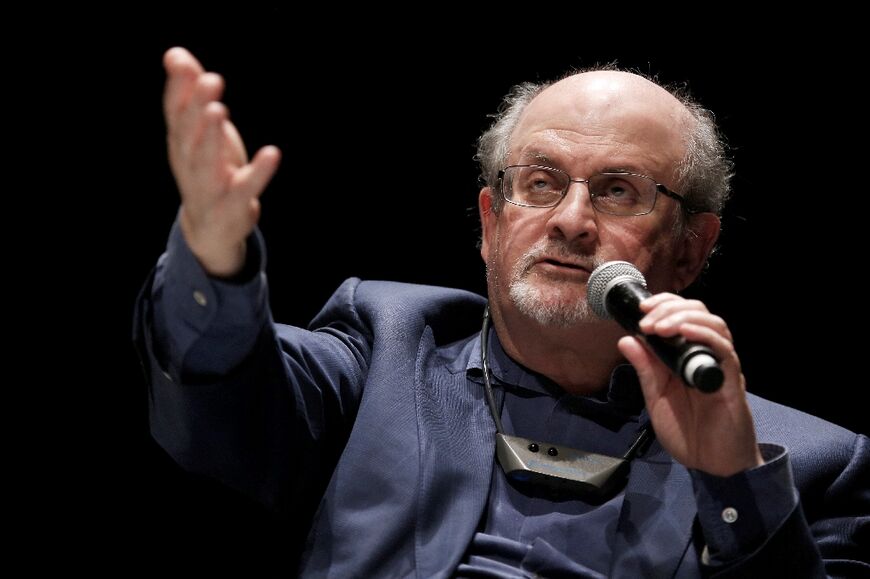 Rushdie's son said the family was "extremely relieved" that his father was breathing unaided and had been able to "say a few words."

"Though his life-changing injuries are severe, his usual feisty and defiant sense of humor remains intact," Zafar Rushdie said in a statement.

The event host, who was on stage with Rushdie and was also injured in the attack, said he initially thought it was a practical joke -- until he realized his famous guest was bleeding.

"It was very difficult to understand. It looked like a sort of bad prank and it didn't have any sense of reality. And then, when there was blood behind him, it became real," Henry Reese, his face heavily bandaged, told CNN in an interview.

Police and prosecutors have provided scant information about Matar's background or the possible motivation behind the attack.

Matar's family appears to come from the village of Yaroun in southern Lebanon, though he was born in the United States, according to a Lebanese official. 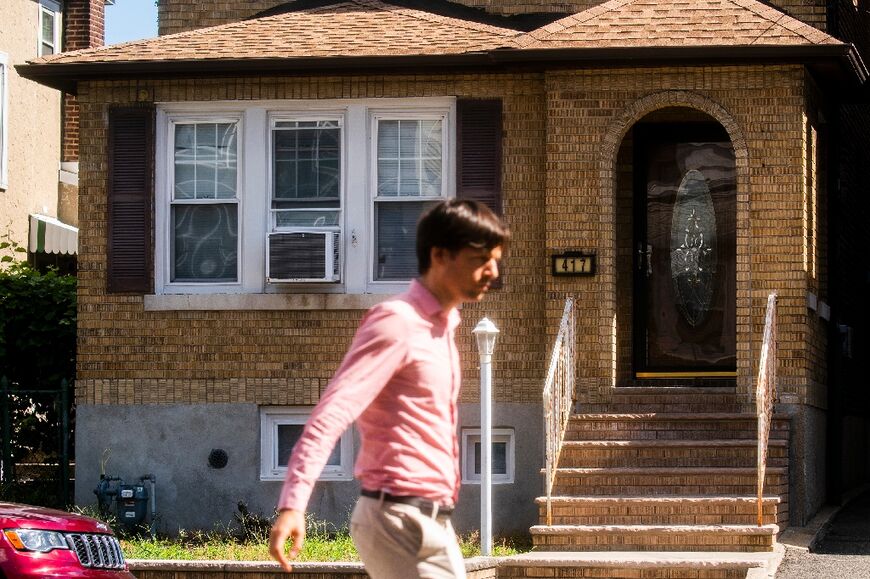 The 75-year-old Rushdie had been living under an effective death sentence since 1989.

That was when Iran's then-supreme leader, the Ayatollah Ruhollah Khomeini, issued a religious decree, or fatwa, ordering Muslims to kill the writer for what he deemed the blasphemous nature of "The Satanic Verses."

Rushdie, who was born in India in 1947, moved to New York two decades ago and became a US citizen in 2016. Despite the continued threat to his life, he was increasingly seen in public – often without noticeable security.

In an interview given to Germany's Stern magazine days before Friday's attack, he had described how his life had resumed a degree of normality following his relocation from Britain.

"Ever since I've been living in America... really there hasn't been a problem in all that time," he said. 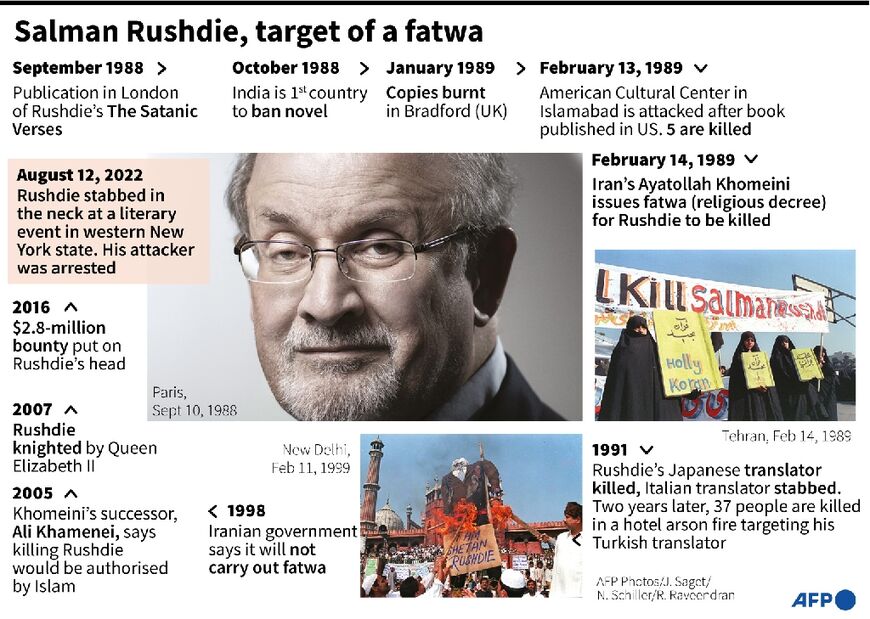 US President Joe Biden called it a "vicious" attack and praised Rushdie for "his refusal to be intimidated or silenced." British leader Boris Johnson said he was "appalled."

But the attack also drew applause from Islamist hardliners in Iran and Pakistan.

On Sunday, US Secretary of State Antony Blinken said Iranian state media had "gloated" about the attack. "This is despicable," he said in a statement.

Matar is being held without bail and has been formally charged with second-degree attempted murder and assault with a weapon.