Iran experiences water issues due to inefficiency, drought and other factors, and this relates to the agricultural sector as well as sandstorms. 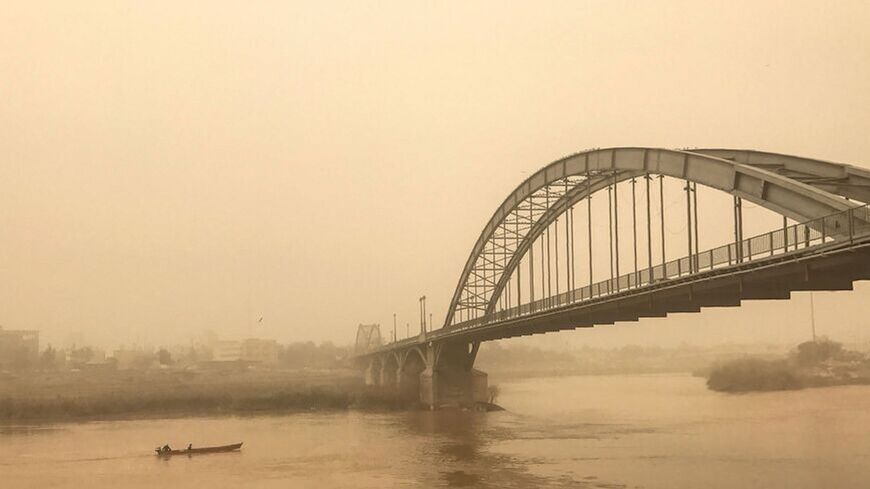 A picture taken on Feb. 18, 2017, shows a general view of a bridge in the Iranian city of Ahvaz during a sandstorm. - MORTEZA JABERIAN/AFP via Getty Images

Iran will launch a new satellite into orbit next week.

The Iranian Space Agency said Aug. 3 that the Khayyam satellite will be launched via the Baikonur Cosmodrome in Kazakhstan, which is operated by the Russian Aerospace Forces. The satellite will work to improve agricultural productivity, monitoring water sources and natural disaster management, the official Islamic Republic News Agency reported.

Why it matters: Like other parts of the Middle East, Iran suffers from droughts and water shortages. Iran’s water distribution is also marked by inefficiency. Rising demand, groundwater overexploitation and drought frequency are further hurting the country’s water security, according to a 2021 report from the International Federation of the Red Cross.

Satellites can be used to improve agriculture. The images from above that satellites are able to capture can provide greater insight into crop performance, fertilizer use and other factors than observations from the ground, according to the Global Center for Adaptation in the Netherlands.

The satellite launch also represents Iran’s continued efforts to manage natural disasters. Iran has signed agreements with the United Arab Emirates, Syria and Iraq this year to cooperate on fighting dust storms. These events are also related to desertification and water scarcity issues.