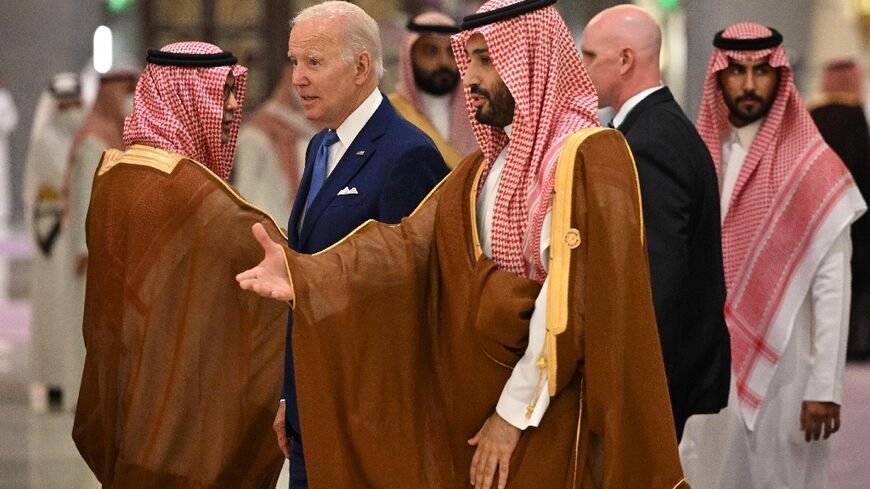 President Joe Biden on Saturday assured Arab leaders the United States would remain fully engaged in the Middle East, as he wrapped up his first tour of the region since taking office.

"We will not walk away and leave a vacuum to be filled by China, Russia or Iran," Biden said during a summit in Jeddah, on the Red Sea coast of Saudi Arabia.

US ties to Gulf powers in particular have been roiled by multiple issues in recent years, notably Washington's push for a deal to curb Iran's suspect nuclear programme and its tepid response to attacks on Saudi oil facilities in 2019 claimed by Yemen's Iran-backed Huthi rebels.

The summit, the final stop of Biden's Middle East tour, brought together the six members of the Gulf Cooperation Council as well as Egypt, Jordan and Iraq.

Biden had been looking to use the trip to discuss volatile oil prices and outline his vision for Washington's role in the region.

After a fist-bump with Prince Mohammed, Biden said he raised the Khashoggi case and warned against future attacks on dissidents. 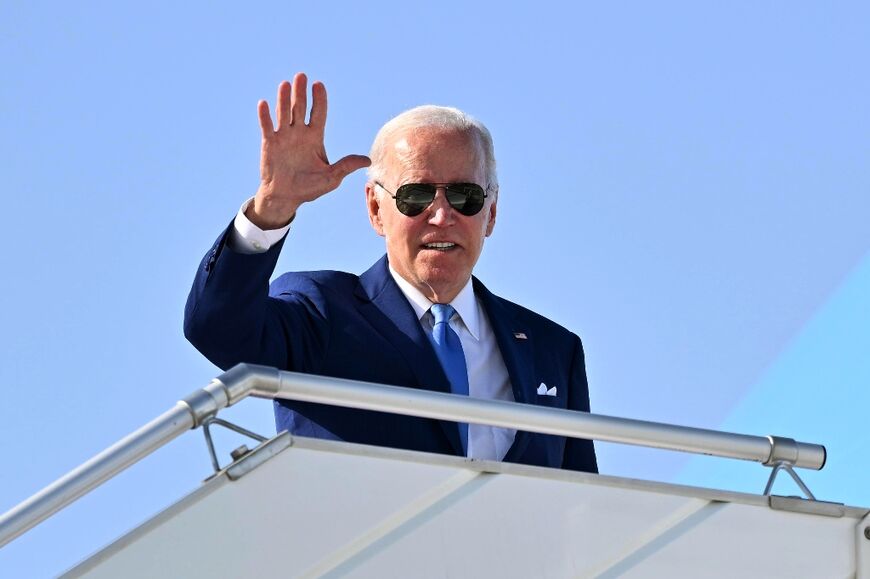 Prince Mohammed, who chaired the opening of Saturday's summit, has denied any role in the death of Khashoggi, who was dismembered in the kingdom's Istanbul consulate and whose remains have never been found.

Biden told the assembled Arab leaders that "the future will be won by countries that unleash the full potential of their populations... where citizens can question and criticise leaders without fear of reprisal".

Air Force One took off from Jeddah at around 5:00 pm (1400 GMT) on Saturday, bringing Biden's four-day visit to a close.

Hours later a joint statement was released in which the leaders committed to "preserve regional security and stability" and deepen their defense and intelligence cooperation.

It also underscored diplomatic efforts to prevent Iran from developing a nuclear weapon, and notably called for enhanced joint deterrence capabilities "against the increasing threat" posed by unmanned aerial vehicles -- a likely reference to Tehran, which on Friday unveiled ships capable of carrying armed drones.

Biden said Washington would commit $1 billion in food aid to the Middle East and North Africa amid rising food insecurity induced by the war in Ukraine. 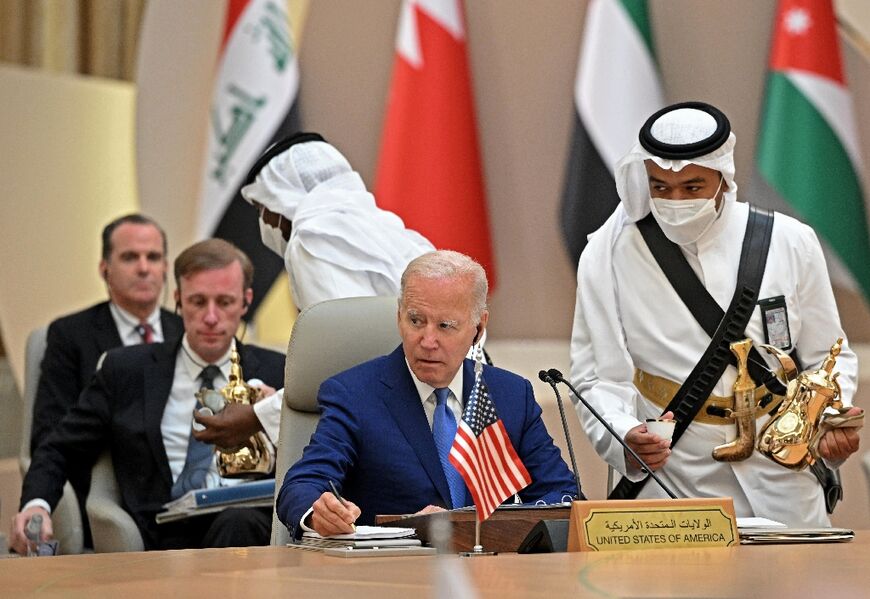 Russia's invasion of Ukraine has exposed a once unthinkable divergence between Washington and key Middle East allies Saudi Arabia and the United Arab Emirates, the oil giants that are increasingly independent on the international stage.

The wealthy Gulf nations, which host US forces and have dependably backed Washington for decades, have notably refrained from supporting the Biden administration as it tries to choke Moscow's lifelines, from energy to diplomacy.

Analysts say the new position reveals a turning point in Gulf relations with the United States, long the region's protector against neighbour Iran.

In their joint statement, the leaders "recognized ongoing efforts of OPEC+ towards stabilizing the global oil market," and welcomed the recent announcement by the Organization of Petroleum Exporting Countries to "increase supply over the course of July and August."

Saturday brought some conciliatory gestures, with Biden inviting Emirati leader, Sheikh Mohamed bin Zayed Al-Nahyan, to visit the White House before the year is up.

And in his summit remarks, Saudi Prince Mohammed said he hoped it would "establish a new era of joint cooperation to deepen the strategic partnership between our countries and the United States of America, to serve our common interests and enhance security and development in this vital region for the whole world."

The two nations, in a joint statement, also voiced a "commitment to the stability of global energy markets," while acknowledging the importance of cooperation "in light of the current crisis in Ukraine and its repercussions." 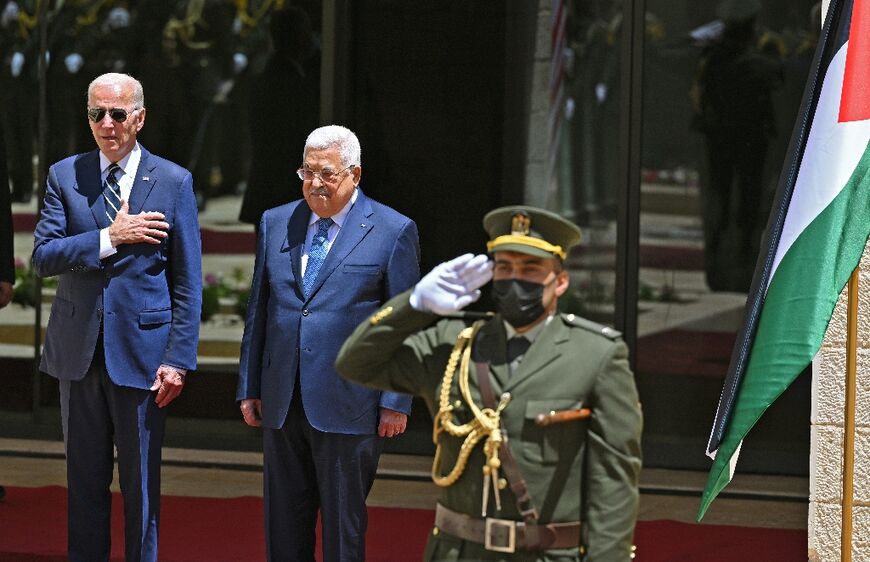 Saudi Arabia agreed to link the electricity networks of the Gulf Cooperation Council to Iraq, which relies heavily on energy from Iran, "in order to provide Iraq and its people with new and diversified electricity sources," the White House said.

But Biden on Friday tried to tamp down expectations his trip would yield immediate gains.

"I'm doing all I can to increase the supply for the United States of America," he said.

White House officials used the trip as a bid to promote integration between Israel and Arab nations.

That process appeared to get a boost Friday when Saudi Arabia announced it was lifting restrictions on civilian air carriers, a move that allows flights to and from Israel to use its airspace for the first time.

But Saudi foreign minister Prince Faisal bin Farhan told reporters after Biden's departure that the move had nothing to do with Israel and was "not in any way a precursor to any further steps".