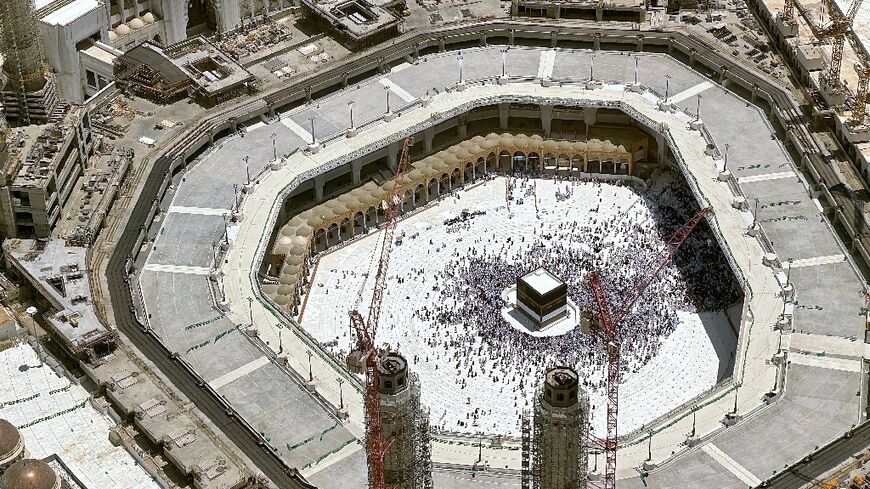 White-robed worshippers from around the world have packed the streets of Islam's holiest city ahead of the biggest hajj pilgrimage since the coronavirus pandemic began.

Banners welcoming the faithful, including the first international visitors since 2019, adorned squares and alleys, while armed security forces patrolled the ancient city, birthplace of the Prophet Mohammed.

"This is pure joy," Sudanese pilgrim Abdel Qader Kheder told AFP in Mecca, before the event which officially starts Wednesday. "I almost can't believe I am here. I am enjoying every moment."

One million people, including 850,000 from abroad, are allowed at this year's hajj after two years of drastically curtailed numbers due to the pandemic. The pilgrimage is one of five pillars of Islam, which all able-bodied Muslims with the means are required to perform at least once.

At least 650,000 overseas pilgrims have arrived so far in Saudi Arabia, the authorities said on Sunday.

But authorities on Monday barred nearly 100,000 people from entering Mecca, imposing a security cordon around the holy city. A security official said 288 people were arrested and fined for attempting to perform the hajj without permits.

In 2019, about 2.5 million people took part in the rituals, which also include gathering at Mount Arafat and "stoning the devil" in Mina. 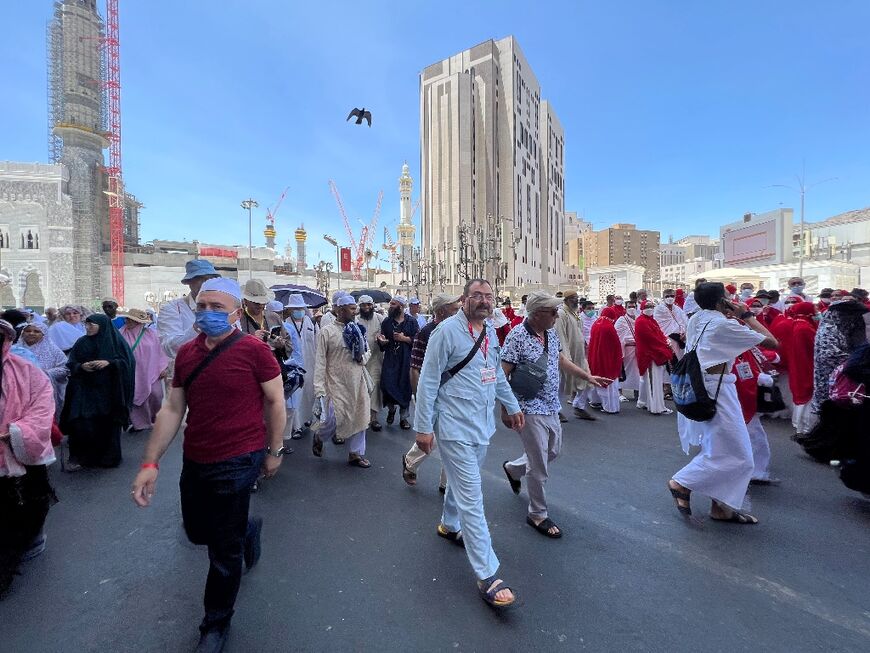 The following year, when the pandemic took hold, foreigners were barred and worshippers were restricted to just 10,000 to stop the hajj from turning into a global super-spreader.

That figure rose to 60,000 fully vaccinated Saudi citizens and residents in 2021.

Pilgrims this year -- only those younger than 65 are allowed -- will participate under strict sanitary conditions.

The hajj has seen numerous disasters over the years, including a 2015 stampede that killed up to 2,300 people and a 1979 attack by hundreds of gunmen that, according to the official toll, left 153 dead.

On Monday afternoon, pilgrims carrying umbrellas to shield themselves from the scorching sun flocked to souvenir and barber shops in Mecca, while others shared meals under palm trees on streets close to the Grand Mosque. 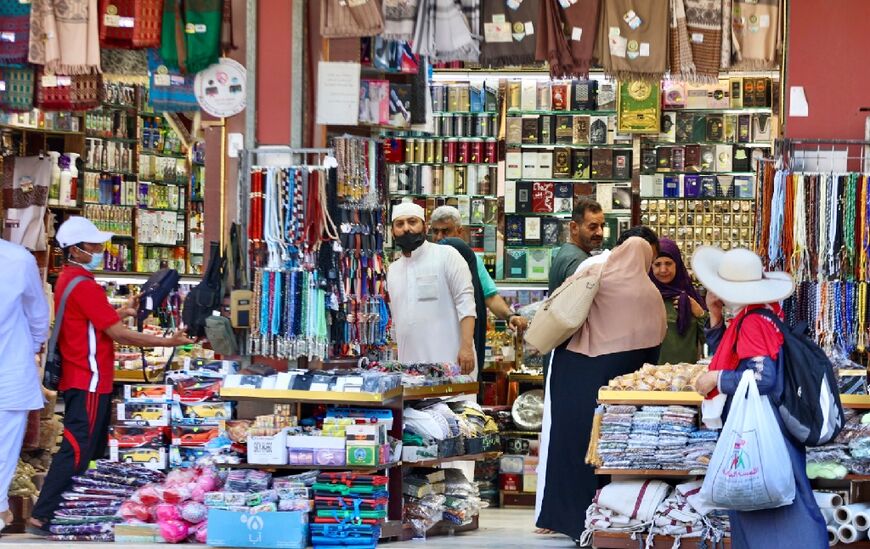 Many new arrivals had already begun performing the first ritual, which requires walking seven times around the Kaaba, the large black cubic structure at the centre of the Grand Mosque.

Made from granite and draped in a cloth featuring verses from the Koran, the Kaaba stands nearly 15 metres (50 feet) tall. It is the structure all Muslims turn towards to pray, no matter where they are in the world.

"When I first saw the Kaaba I felt something weird and started crying," Egyptian pilgrim Mohammed Lotfi told AFP.

The pilgrimage is a powerful source of prestige for the conservative desert kingdom and its de facto ruler, Crown Prince Mohammed bin Salman, who is returning from the diplomatic wilderness.

Days after the hajj, Prince Mohammed will welcome US President Joe Biden who, with oil prices soaring following Russia's invasion of Ukraine, has reneged on a vow to turn Saudi Arabia into a "pariah" over the 2018 murder of journalist Jamal Khashoggi by Saudi agents.

The hajj, which costs at least $5,000 per person, is a money-spinner for the world's biggest oil exporter trying to diversify its economy. In normal years the pilgrimage brings in billions of dollars.

It is also a chance to showcase the kingdom's rapid social transformation, despite persistent complaints about human rights abuses and limits on personal freedoms.

Saudi Arabia now allows women to attend the hajj unaccompanied by male relatives, a requirement that was dropped last year.

Masks are no longer compulsory in most enclosed spaces in Saudi Arabia but they will be mandatory at the Grand Mosque, the holiest site in Islam. Pilgrims from abroad will have to submit a negative PCR test result.

Since the start of the pandemic, Saudi Arabia has registered more than 795,000 coronavirus cases, 9,000 of them fatal, in a population of about 34 million.

Aside from Covid, another challenge is the scorching sun in one of the world's hottest and driest regions, where temperatures have already topped 50 degrees Celsius (122 Fahrenheit) in parts of Saudi Arabia.

But Iraqi pilgrim Ahmed Abdul-Hassan al-Fatlawi said the heat is the last thing he thinks of when in Mecca.

"I am 60 years old, so it's normal if I get physically tired because of the hot weather, but I am in a state of serenity, and that's all that matters to me," he told AFP.