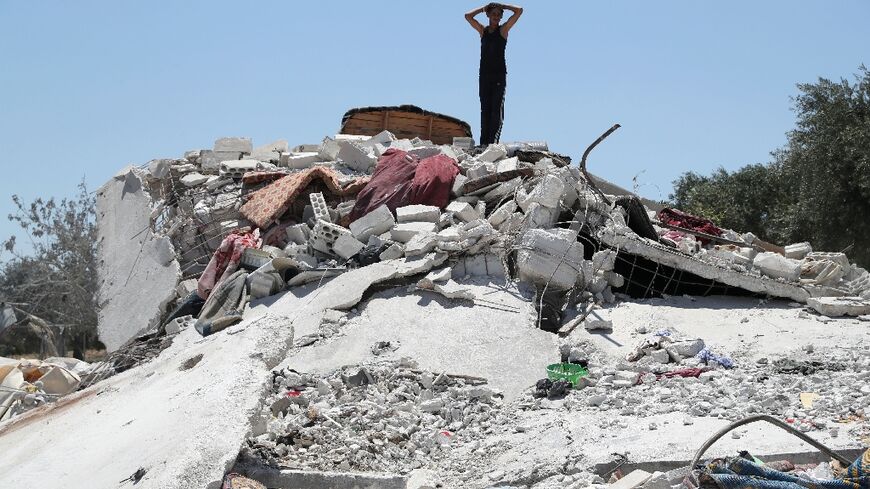 The Syrian Observatory for Human Rights said the deaths "including four children who are siblings, two men and an unidentified person... as a result of Russian air strikes", in the Jisr al-Shughur countryside of northern Syria.

Ayhman Mozan, 31, lost all four of his children in the attack that destroyed his home.

"My children are gone… the dearest people to my heart are gone," he told AFP, breaking down in tears as he called out his children’s names.

He and his family were sleeping when the first strike hit their home, he said, lying in a hospital bed in the border city of Darkush.

He helped rescue his wife from under the rubble but when he looked for his children, he could not find them.

The house has been completely destroyed, an AFP correspondent at the site of the attack said, with toys, furniture and clothing scattered across the rubble.

The children killed were all under 10 years old, said Rami Abdel Rahman, who heads the British-based Observatory.

The monitor said that more people, including women and children, were still trapped under the rubble.

The victims are mostly displaced Syrians from neighbouring Hama province, said the monitor, which relies on a wide network of sources inside Syria.

Russia, which did not comment immediately on the raid, is a main backer of President Bashar al-Assad's regime.

With Russian and Iranian support, Damascus clawed back much of the ground lost in the early stages of Syria's conflict, which erupted in 2011 when the government brutally repressed pro-democracy protests.

The last pocket of armed opposition to the regime includes large swathes of Idlib province and parts of the neighbouring Aleppo, Hama and Latakia provinces.

Hayat Tahrir al-Sham, headed by ex-members of Syria's former Al-Qaeda franchise, is the dominant group in the area but other rebel groups are also active, with varying degrees of Turkish backing.

Syria's war has killed nearly half a million people and forced around half of the country's pre-war population from their homes.