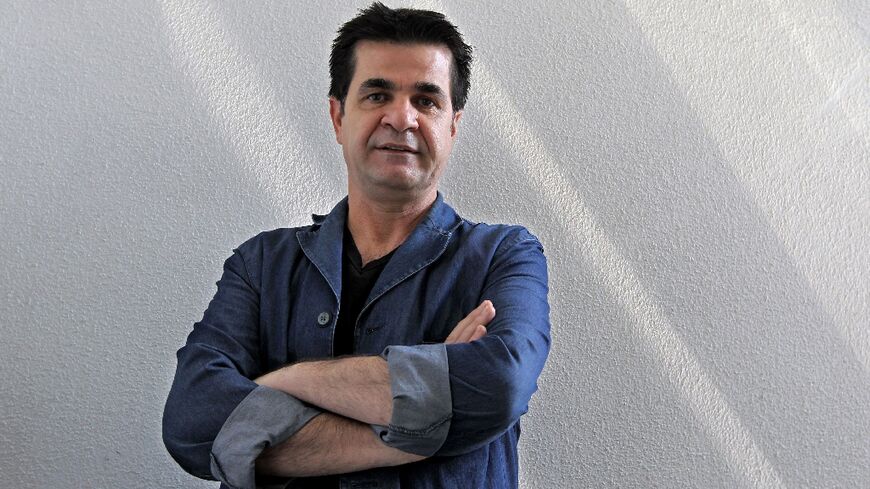 Acclaimed Iranian director Jafar Panahi, jailed as part of a crackdown on the country's filmmakers, for years defied a ban on his work to carry on making deeply human tales of Iran's social and cultural struggles that won a loyal following abroad.

The ingenuity he demonstrated in getting his films made and smuggled out of Iran to foreign distributors and film festivals became the stuff of legend.

A year after being handed a 20-year ban on filmmaking he dispatched a documentary with the cheeky title "This is Not a Film" to the Cannes festival on a flash drive stashed in a cake.

Panahi, 62, was banned from making movies and leaving the country in 2010 after supporting mass anti-governments protests a year earlier and making a series of films that critiqued the state of modern Iran.

Convicted of "propaganda against the system", he was sentenced to six years in jail but served only two months behind bars before being released on bail.

In the years that followed, Iranian authorities appeared content to turn a blind eye to his failure to toe the line, as long as his films did not appear overtly political.

That tolerance ended on July 11 with his arrest in connection with protests by a group of filmmakers and subsequent order to serve out the sentence that had been hanging over him since 2010 in Tehran's notorious Evin prison.

"Panahi had been sentenced in 2010 to a total of six years in prison... and therefore he was entered into Evin detention centre to serve his sentence there," judiciary spokesman Massoud Setayeshi said Tuesday.

He is the third Iranian director to be detained this month, alongside Mostafa Aleahmad and Mohammad Rasoulof, who won the Golden Bear in Berlin in 2020 with his film "There Is No Evil".

Their arrests triggered an outcry in Europe, where the organisers of the Berlin and Cannes festivals condemned the clampdown on free speech and demanded the directors' release.

Panahi was arrested after going to the prosecutor's office to inquire about Rasoulof's situation.

He and Rasoulof had in May denounced the arrests of several colleagues in their homeland in an open letter.

Rasoulof had also led a group of Iranian filmmakers in giving voice to public outrage over what they called the "corruption, theft, inefficiency and repression" underpinning the collapse of a 10-storey building in southwestern Khuzestan province on May 23 in which 43 people were killed.

- Camera on the dashboard -

A child of the Tehran slums, Panahi is a leading exponent of Iranian New Wave cinema, alongside Abbas Kiarostami, whom he served as an assistant early in his career.

In keeping with the movement, his films focus on the social realities of his homeland and give pride of place to non-professional actors.

His first feature film, "The White Balloon", won the Camera d'Or in 1995 at Cannes, which also rewarded him in 2003 with the Jury Prize for "Blood and Gold" and Best Screenplay in 2018 for his roadmovie "3 Faces" about three generations of Iranian actresses.

One of his most popular films, "Taxi", which won the top prize at the Berlin film festival in 2015, was secretly filmed with a camera mounted on the dashboard of a cab he drove around Tehran.

His conversations with the small cross-section of Iranians that come aboard -- his aspiring filmmaker niece, a couple of old women with a fishbowl, a lawyer barred from practising her trade, a badly-injured man who is making his will on the backseat -- provide rich insights into everyday life in the Islamic republic.

Despite being barred from travelling to collect awards or attend premieres of his films, Panahi has always maintained he has no desire to leave Iran.

"I am in love with my country, and despite all its limitations I would never want to live elsewhere," he has said.