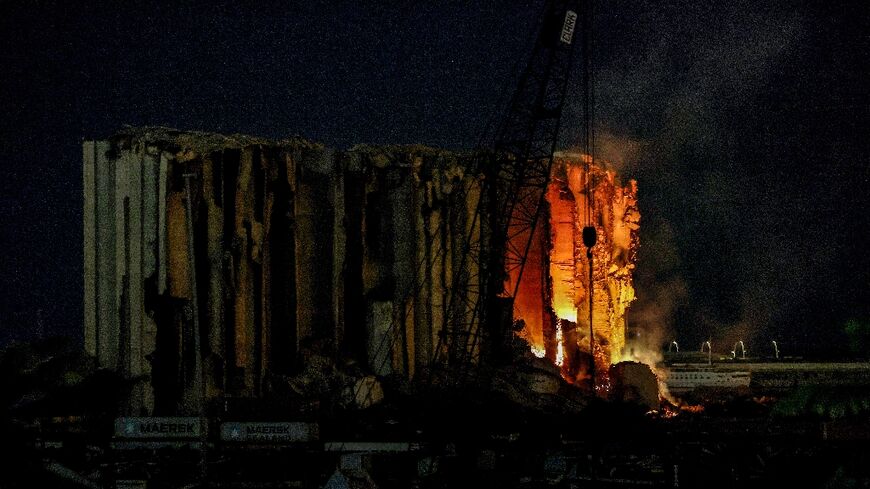 Fires burning for days at Beirut's port, severely damaged in 2020 by an enormous explosion, have reignited trauma among Lebanese gearing up to mark the deadly blast's anniversary.

On August 4, Lebanon will mark two years since the explosion that killed more than 200 people. It was caused by a stockpile of haphazardly stored ammonium nitrate fertiliser catching fire.

The current fires at the port's grain silos -- at risk of collapse due to the earlier damage -- ignited at the start of the month due to fermentation of remaining grain stocks along with rising Summer temperatures.

The fires have effectively turned parts of the silos into furnaces, with flames and fumes visible from miles away.

"When we see it, we are reminded of the tragedy that took place on August 4" 2020, said Kayan Tlais, who lost his brother in the explosion.

"It's a very disturbing sight and there is a sense of pain," he told AFP, the fires flaring behind him.

The fires do not aggravate the existing risk of the silos collapsing over the short-term, authorities and experts said.

Attempts to douse them -- by sea, land or air -- are more likely to cause the silos to collapse than the fires themselves, according to outgoing economy minister Amin Salam who toured the port on Thursday.

The government is "studying the best way to treat the situation without resorting to haphazard decisions or demolition," he told reporters.

The government in April ordered the demolition of the silos due to safety risks, but that move has since been suspended amid objections, including from relatives of blast victims who want the silos preserved as a memorial site.

"If the fires continue, sooner or later, they will consume the grains and empty the silos of their contents, which could cause partial collapse," especially of the most damaged block, he said. 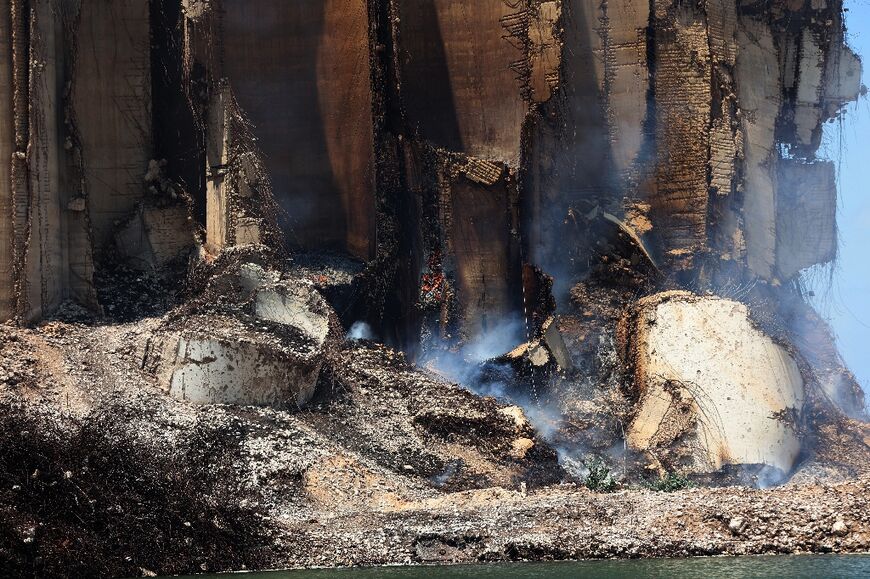 Assaad Haddad, the general manager of the port's grain silos, said the fires were not generating high enough temperatures to cause structural damage nor were they emitting toxic fumes.

"This is why we are taking our time to respond," Haddad said.

The fires at the silos are not the first of their kind and will likely not be the last as long as grain remains.

"The fires will extinguish themselves when the feedstock runs out," said Mohamad Abiad, senior advisor for the minister of environment.

"The best thing is to let it burn," he said, noting that dousing in water would only make the grains more humid and accelerate fermentation.

Lara Khatchikian, whose house near the port was destroyed by the 2020 blast, said that the current fires have taken a toll on her and her family.

"Seeing the fire and smelling the smoke is horrible and reignites my family and my neighbours' trauma," she said.