Coming and glowing: How Saudis receive US presidents 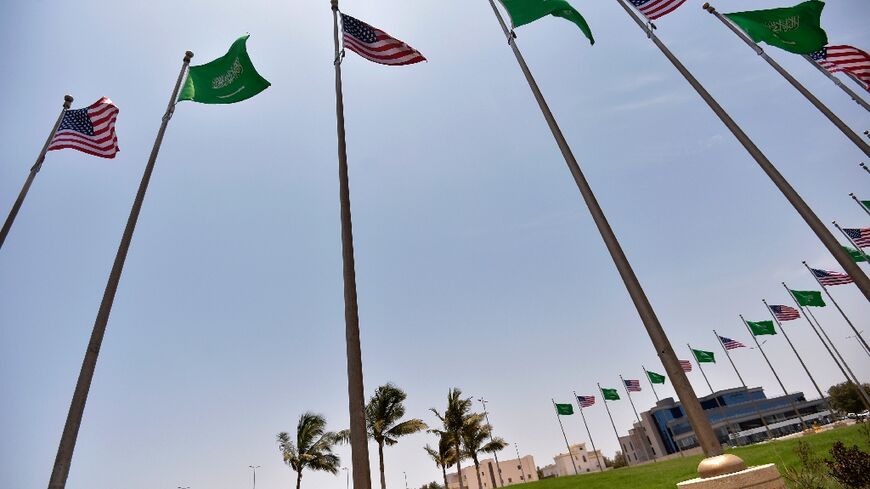 Saudi and US flags line the King Abdulaziz Road in the Saudi Red Sea port city of Jeddah ahead of a visit by US President Joe Biden - Amer HILABI
by Robbie COREY-BOULET
July 15, 2022 — Riyadh (AFP)

When President Joe Biden arrives in Saudi Arabia Friday, the first clues about his visit will be visible on the airport tarmac, where US leaders have received markedly different welcomes.

Following Biden's oft-cited comment about making Saudi a "pariah", here is a look at how the Saudis have greeted some of his predecessors during the ups and downs of a stormy bilateral relationship. 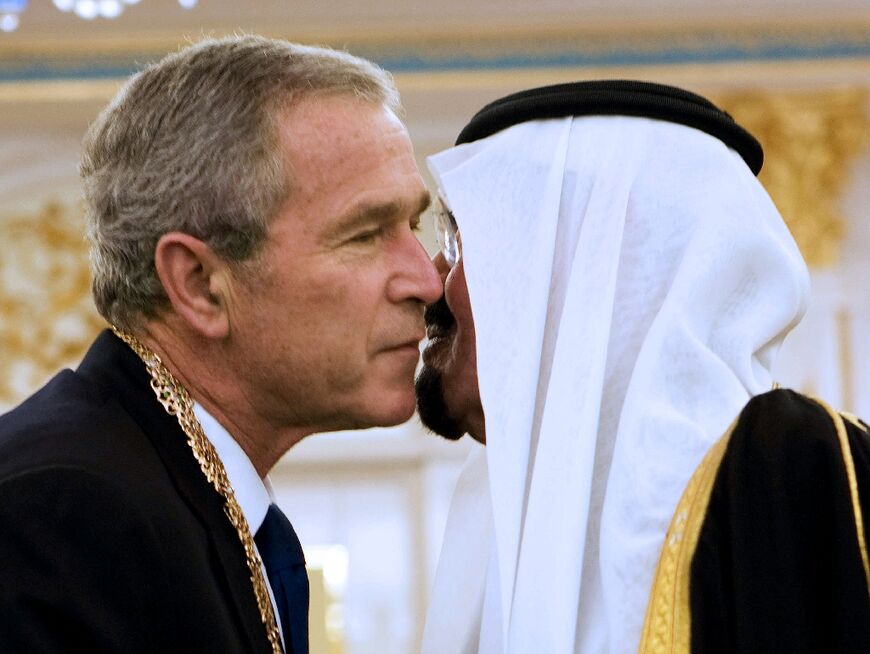 George W. Bush waited until the last year of his term to visit the kingdom, then came twice in the span of four months, pressing for more oil output as energy prices skyrocketed.

King Abdullah greeted Bush warmly at the airport in May 2008, showing no signs of the tensions that had roiled their 2002 meeting at Bush's Texas ranch –- when Abdullah, then crown prince, threatened to storm out over disagreements about the Israeli-Palestinian conflict.

After Bush and his wife Laura descended from Air Force One, Abdullah kissed the president on both cheeks, in a traditional Arab greeting, and a military brass band played the American national anthem.

But the Saudi leadership refused to give ground on oil. Much like today, Saudi officials said they did not believe there was a supply shortage and that market fundamentals were "sound".

President Barack Obama first came to Riyadh in 2009, less than five months after being sworn in, for a quick stop ahead of a much-hyped speech in Cairo intended to rehabilitate Washington's image in the Muslim world after the Bush years. 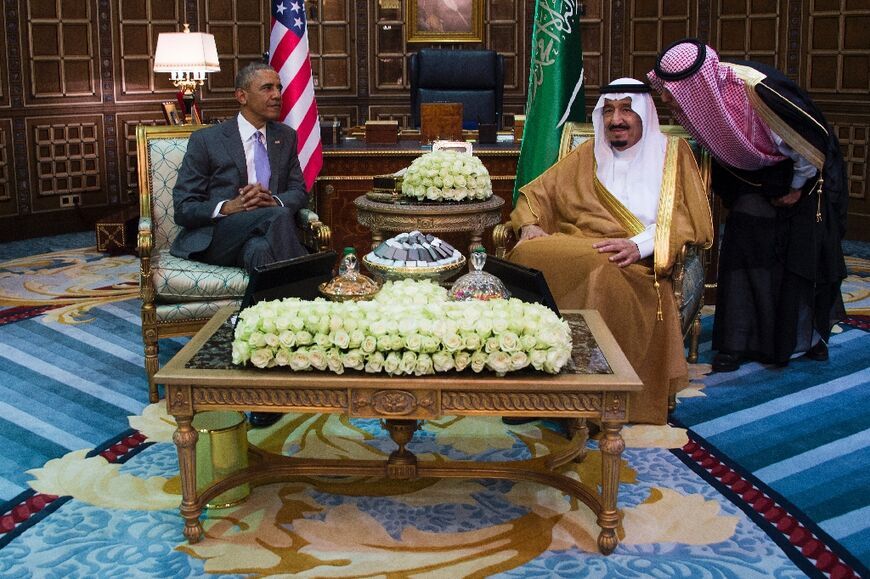 The visit was partly symbolic. Obama, following the customary cheek-kissing and anthem-playing, was publicly seeking the advice of Saudi Arabia -- home to the holiest sites in Islam -- before reorienting American engagement with the region.

But Obama was also trying to coordinate a strategy to address Iran's nuclear programme and looking to advance normalisation between Arab countries and Israel, said Dan Shapiro, then-senior director on the National Security Council.

On the latter question, "Abdullah was not receptive, and he made clear that he was not prepared to make any significant moves in that direction", said Shapiro, now with the Atlantic Council think tank.

For a visit in 2016, towards the end of Obama's term, King Salman –- who took power the previous year after Abdullah's death –- sent the governor of Riyadh to meet him on the tarmac, and Obama's arrival was not broadcast on state television.

That greeting was a far cry from the effusive reception given to President Donald Trump, who chose Saudi Arabia for his first foreign trip the following year.

Saudi rulers lavished the Trump family with gifts, a sword dance and a fly-past of air force jets.

But the stop will forever be remembered for the viral photo of Trump, King Salman and Egyptian leader Abdel Fattah al-Sisi with their hands on a translucent white globe at the opening of a Riyadh-based centre to combat extremist ideology. 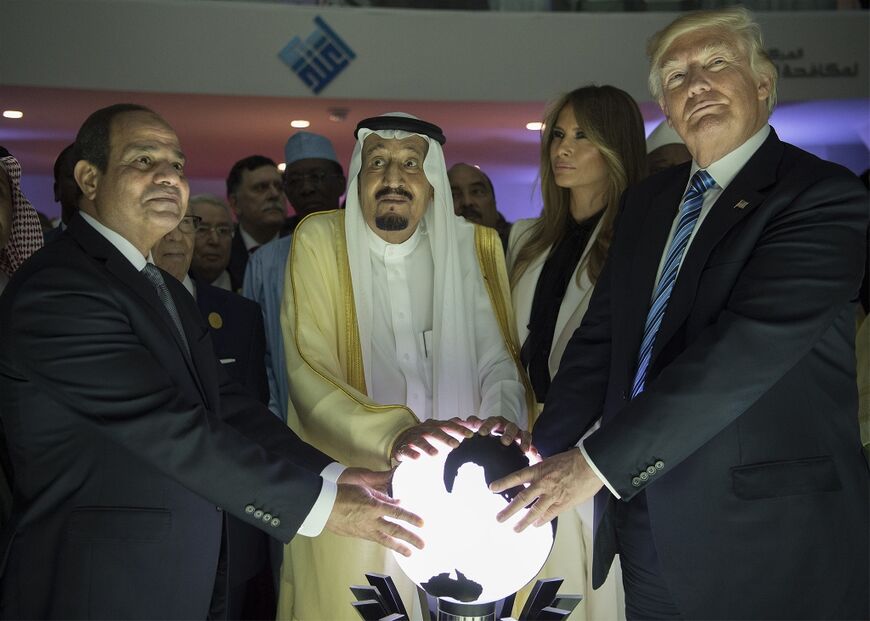 The men kept their hands on the orb for nearly two full minutes, sending the internet into overdrive with parodies and memes.

"The welcome for Trump is likely to stand as the most overwhelming ever," said Bruce Riedel, author of the 2017 book "Kings and Presidents" examining US-Saudi ties.

The relationship suffered later in the Trump term, especially following what the Saudis perceived as Trump's tepid response to attacks on Saudi oil facilities in 2019 claimed by Iran-backed Huthi rebels in Yemen.

Unlike during the Obama era, it would be unsurprising if Biden, 79, is welcomed at the airport by King Salman, 86, who spent much of the pandemic in relative isolation and has already been hospitalised twice this year.

The White House has said Biden will meet Crown Prince Mohammed bin Salman in the context of a larger discussion with King Salman's leadership team, but Riedel said there was a possibility the crown prince will also "be the welcome committee".

"The Saudis are determined that the visit is a validation of the crown prince. They control the venue," he said.

Riyadh dismisses the notion that Saudi leaders need a legitimacy boost from Biden, but the president can nonetheless expect to be received warmly, said Mohammed Alyahya, senior fellow at the Washington-based Hudson Institute.

"The Saudis realise that America is in a very confused time. Sometimes you hear irrational things that don't make sense. But there are larger, more important interests at play than focusing on something like that," Alyahya said.

"When your friends are being incoherent, sometimes you give them a hug."