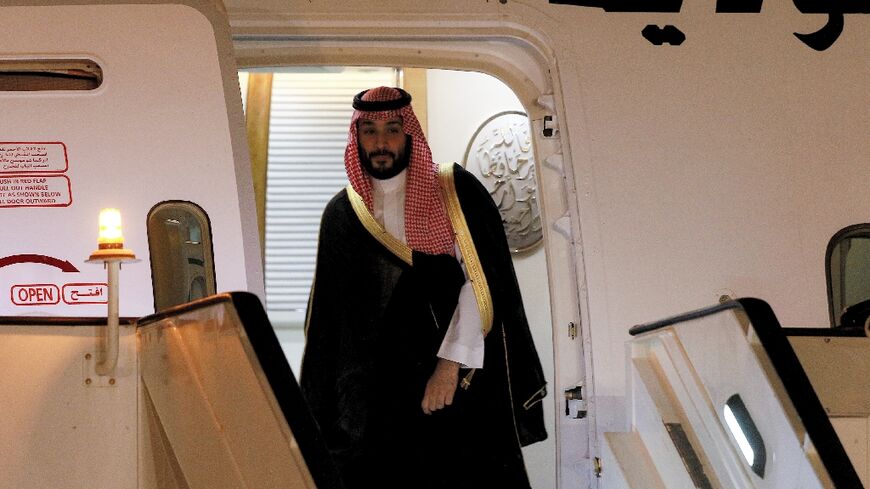 Joe Biden will hold talks with Saudi Arabia's controversial Crown Prince Mohammed bin Salman -- but only as part of a larger delegation -- when the US president visits the oil-rich nation next week, the White House said Thursday.

"The president will sit down in a bilateral meeting with King Salman and his leadership team. As you know, the crown prince is on that leadership team," John Kirby, National Security Council spokesman at the White House, told reporters.

"So certainly the president will be seeing the crown prince in the context of that larger bilateral discussion."

While Biden is expected to press for increased Saudi oil production in the hope of taming spiraling fuel costs and inflation at home, his visit signals a shift: an apparent abandoning of efforts to ostracize the kingdom's de facto leader over the horrific murder of a dissident.

As a presidential candidate, Biden said the 2018 murder and dismemberment of Jamal Khashoggi -- a Saudi-born US resident known for writing critical articles about the kingdom's rulers for The Washington Post -- had made the country a "pariah."

US intelligence findings released by the Biden administration identified Mohammed bin Salman, often referred to as MBS, as mastermind of the operation.

Last month Biden himself had sought to distance himself from the upcoming encounter, stressing to reporters he was going to meet with King Salman and his team.

"I'm not going to meet with MBS," Biden told reporters.

Prior to attending a regional meeting in Saudi Arabia, Biden will visit Israel and the West Bank during his July 13-16 trip.

The White House emphasized Biden will address "greater collaboration" in the Middle East region on issues such as air defense, particularly with regards to countering Iran.

"We're continuing to work on integrated air defense capabilities and frameworks across the region," Kirby said.

"Because you know the whole region is concerned about Iran and their burgeoning and growing ballistic missile capabilities, not to mention their continued support for terrorism across the region."

He said the US delegation will address what it can do to assist allies.

"And then exploring the idea of being able to kind of integrate all those air defenses together, so that there truly is a more effective coverage to deal with the growing Iranian threat," he added.