The Abu Dhabi investment firm ADQ will manage the funds, which will focus on food security and industrial integration in the region. 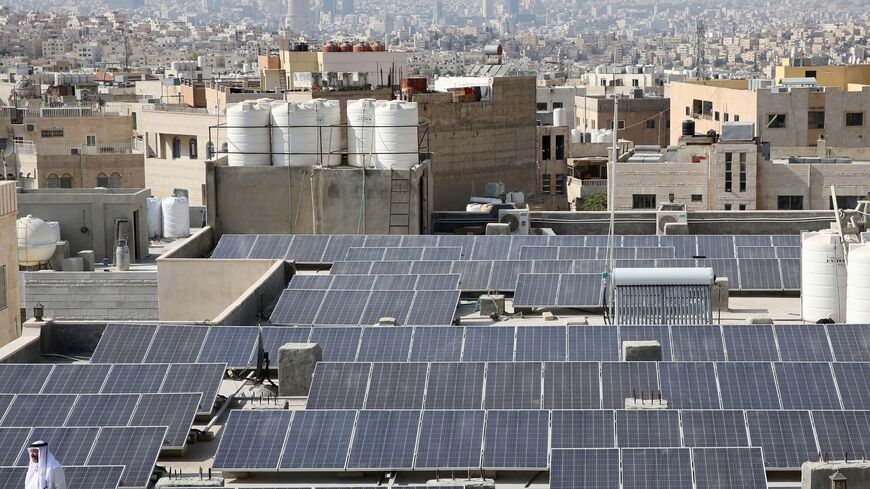 A picture shows on Sept. 6, 2018 a view of the Hamdan al-Qara mosque in southern Amman, equiped with 140 solar panels on its roof. - KHALIL MAZRAAWI/AFP via Getty Images

What it means: The three countries signed the Industrial Partnership for Sustainable Economic Growth in Abu Dhabi. The partnership allocates $10 billion to an investment fund managed by ADQ, which functions as a sovereign wealth fund for the UAE. The countries will invest in the following sectors:

The purpose of the agreement is to boost industrial cooperation in the Arab world, according to the Emirates News Agency.

Inflation and prices are rising throughout the Middle East, in part due to supply chain issues resulting from the Russian invasion of Ukraine.

Jordanian government spokesman Faisal Shboul said that the agreement will focus on food security in the short term, including the production of wheat, barley and corn. They will also cooperate on raising livestock, medicine security, food manufacturing and producing materials such as aluminum, glass and fabric, according to the state-owned Jordan Times.

Why it matters: The UAE and Egypt are strong allies, but this agreement also brings Jordan into the fold. In April, another Emirati sovereign wealth fund, the Abu Dhabi Developmental Holding Company, invested nearly $2 billion in five big Egyptian companies. Jordan is also working with Egypt to deliver gas to crisis-stricken Lebanon.

Both the Egyptian and Jordanian economies are struggling at the moment. Like other countries in the region, Egypt is struggling with inflation, which has prompted the Central Bank to raise interest rates. Jordan is also contending with high unemployment, which is fueling drug use in the country.

Know more: The UAE has also inked economic agreements with Israel and Greece in recent weeks.