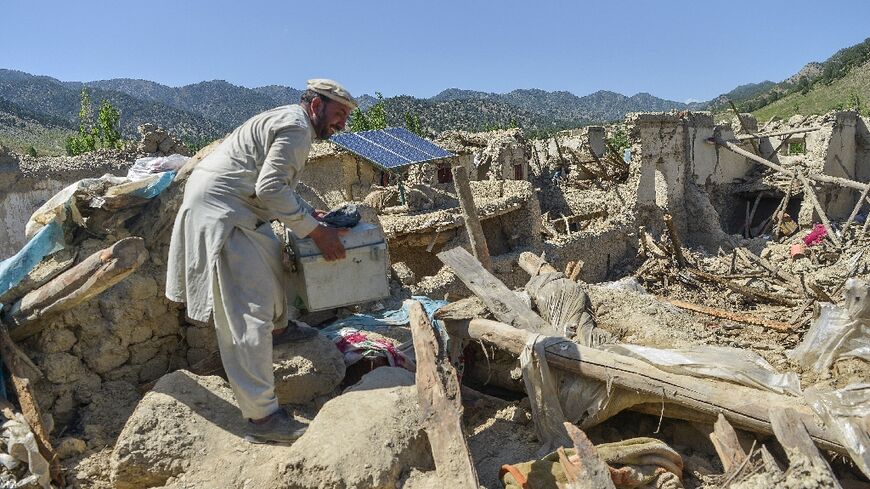 A villager searches for valuables in the ruins of his home at Wuchkai, just 10 kilometres (6 miles) from the epicentre of the deadly Afghan quake - Ahmad SAHEL ARMAN
by Emmanuel PEUCHOT and Abdullah HASRAT
June 25, 2022 — Wuchkai (Afghanistan) (AFP)

A ruined village in eastern Afghanistan, just 10 kilometres (six miles) from the epicentre of this week's deadly earthquake, is struggling back to life as aid trickles into the isolated region.

Wuchkai, three hours away from the nearest town of any substance, can only be reached by a narrow, rutted dirt road -- with space for just one vehicle in places.

Isolated, without electricity and water, the village sprawls over a large basin surrounded by imposing hills and bisected by an almost-dry river.

Many of the village dwellings, workshops and stores were destroyed by Wednesday's 5.9-magnitude earthquake, whose epicentre was recorded on the other side of the hills that flank it.

More than 1,000 people were killed in the quake -- the country's deadliest in over two decades -- with Wuchkai alone accounting for at least three dozen.

Now the survivors are trying to find shelter in the ruins of their homes, desperately dependent on the aid convoys that have started to arrive.

"I ask and expect the world and the government to provide us with the basic things we need to live," says Raqim Jan, 23.

- Almost every family lost someone -

Jan lost 11 members of his extended family when their single-storey dwelling caved in on them as they slept early Wednesday.

Almost every family lost at least one member -- and most lost many more -- so they are coming together to share resources.

Jan now lives with four other families -- including 15 women and about 20 children -- in three large tents set up near their ruined homes. 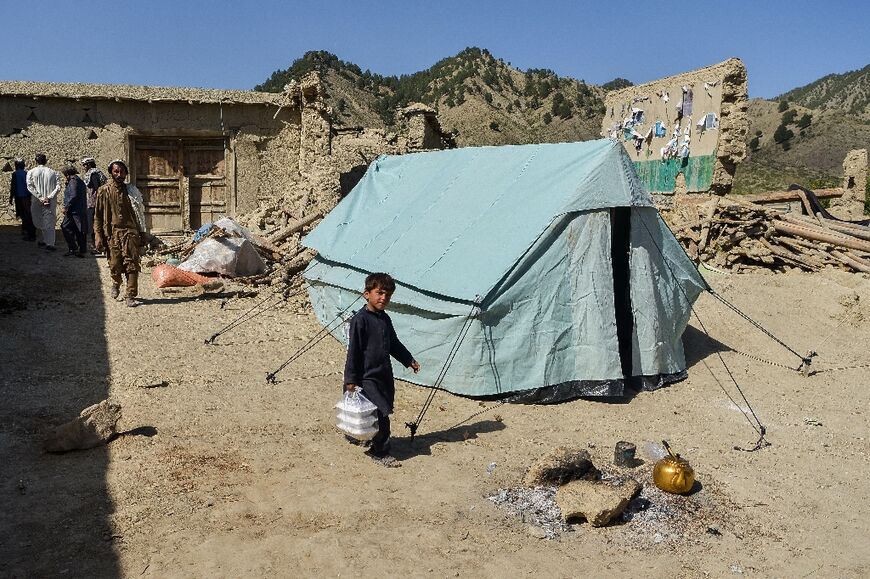 Help has arrived, but he worries for how long it will last.

"The tents, food and flour that we have received for a few days are not enough," Jan says, as a communal fire for cooking sends smoke spiralling above the makeshift campsite.

Nearby, children are playing -- seemingly oblivious to their plight -- while babies wail for attention.

A cow tied to a pole ruminates as chickens strut around the dusty compound, pecking at nothing in the dust.

The village men make occasional forays into the ruins of their houses, looking to salvage whatever valuables can be found in the debris.

But they tread gingerly, as any walls still standing are cracked -- threatening to collapse at any moment -- and aftershocks are still being felt. 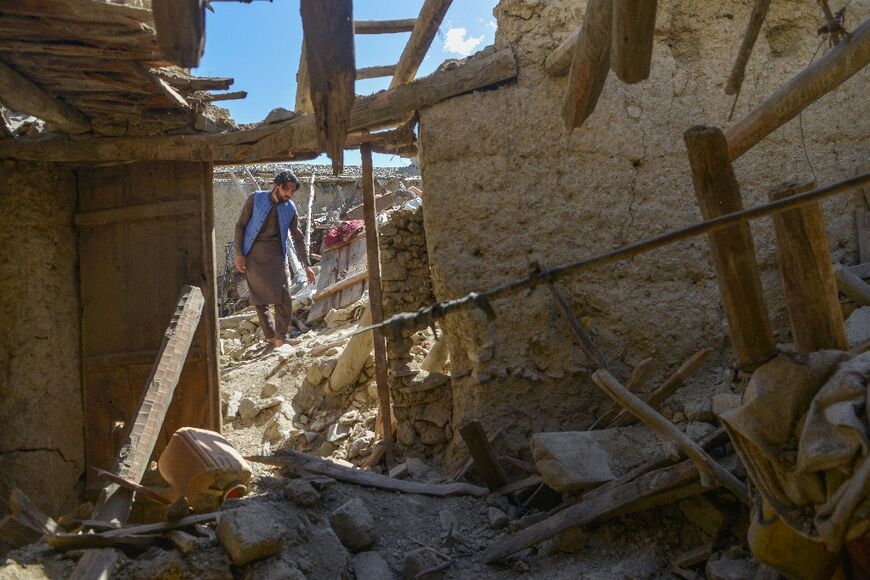 In the centre of Wuchkai, a steady stream of aid vehicles arrive, kicking up clouds of dust from roads that are finally drying after days of torrential rain.

While the big operators appear organised -- such as the World Food Program and Doctors Without Borders -- smaller Afghan-led distribution is more chaotic.

Tempers flared as dozens of villagers scrambled over the back of a truck Thursday, trying to grab bags of beans that had been donated by a businessman from Kabul.

A platoon of armed Taliban grabbed one particularly exuberant young man and roughed him away in their vehicle.

Not far away, bent double under the weight of the bundle, Kawsar Uddin, 20, and his uncle carry a tent that will become the family's temporary home.

Faced with the influx of aid that is now arriving, Uddin is sceptical of the motivation and accuses aid organisations of staging "photo ops".

"They have distributed food and tents... but some are doing business on the blood of Afghans," he says.