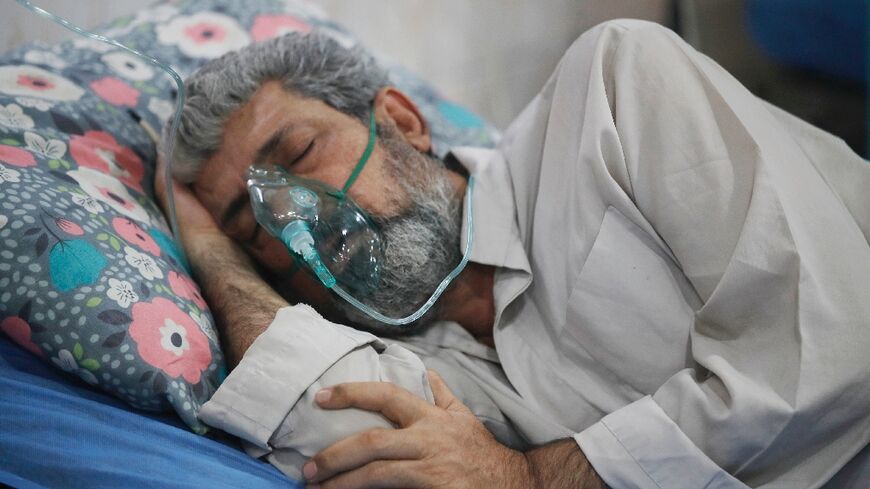 An Iraqi man is treated for breathing difficulties at a Baghdad hospital's emergency ward as choking clouds of dust blanket the Iraqi capital on June 13, 2022 for the tenth time since mid-April - AHMAD AL-RUBAYE
Agence France-Presse
June 13, 2022 — Baghdad (AFP)

Iraq temporarily closed Baghdad airport Monday as choking clouds of dust blanketed the capital, the latest crippling sandstorm in a country that has warned climate change poses an "existential threat".

It was the tenth such storm since mid-April to hit Iraq, which has been battered by intense droughts, soil degradation, high temperatures and low rainfall linked to climate change.

Earlier this month, to mark World Environment Day, President Barham Saleh warned that tackling climate change "must become a national priority for Iraq as it is an existential threat to the future of our generations to come".

The sun eventually reappeared on Monday afternoon, after a thick white dust had covered Baghdad and surrounding areas through the morning, with visibility slashed to a few hundred metres (yards).

Officials at Baghdad airport announced the temporary suspension of flights, before they were restarted at around 10:30 am (0730 GMT).

In Najaf, a Shiite holy city in central Iraq, the airport briefly suspended operations in the morning before reopening a few hours later when the dust passed. 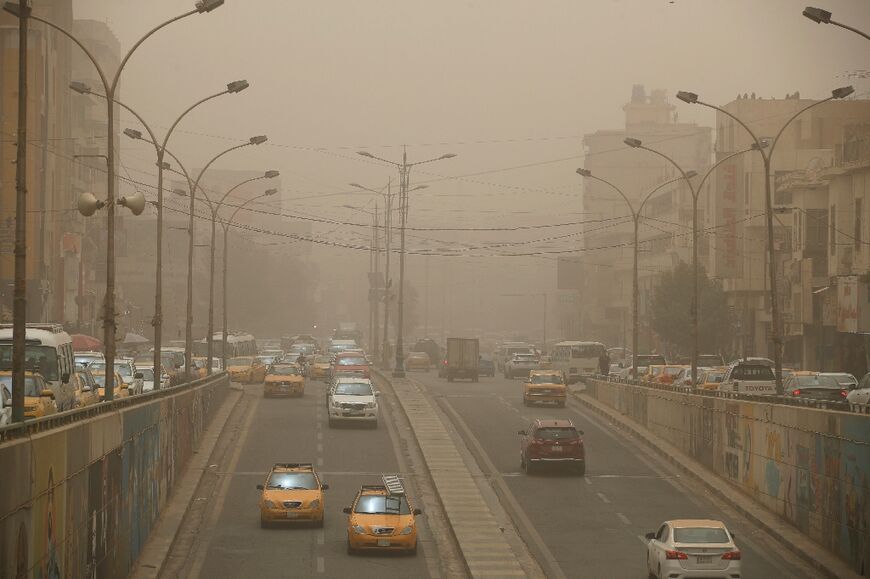 Airports have been forced to suspend flights several times due to sandstorms in recent weeks.

In May, sandstorms sent thousands of people to hospital with respiratory problems, and left one person dead.

Iraq, which is entering the scorching summer season when temperatures at times surpass 50 degrees Celsius (122 Fahrenheit), is ranked by the United Nations as one of the world's five most vulnerable nations to climate change and desertification.

The environment ministry has warned that over the next two decades Iraq could endure an average of 272 days of sandstorms per year, rising to above 300 by 2050.

The World Bank warned in November that Iraq could suffer a 20 percent drop in water resources by 2050 due to climate change.

Water shortages have been exacerbated by the building of upstream dams in neighbouring Turkey and Iran.