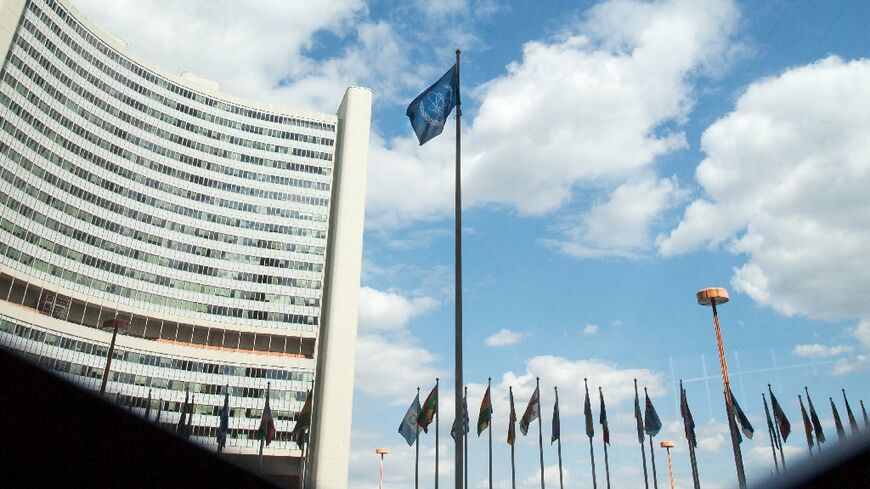 Major European countries and the United States are expected to seek to censure Iran as the UN atomic watchdog started meeting on Monday with talks to revive the 2015 nuclear deal stalled.

The resolution drafted by the United States, Britain, France and Germany is a sign of their growing impatience as diplomats warn the window to save the landmark agreement is closing.

The International Atomic Energy Agency's Board of Governors meets Monday through Friday in Vienna.

If the resolution urging Iran to "cooperate fully" with the IAEA is adopted, it will be the first motion censuring Iran since June 2020.

Talks to revive the accord started in April 2021 with the aim of bringing the United States back into the deal, lifting sanctions and getting Iran to scale back its stepped-up nuclear programme.

The 2015 landmark deal -- promising Tehran sanctions relief in exchange for curbs in its nuclear programme -- started to fall apart in 2018 when the then US president Donald Trump withdrew from it.

Talks to revive the agreement have stalled in recent months.

The coordinator of the talks, the EU's top diplomat Josep Borrell, warned in a tweet this weekend that the possibility of returning to the accord was "shrinking".

In a report late last month, the IAEA said it still had questions that were "not clarified" regarding traces of enriched uranium previously found at three sites, which Iran had not declared as having hosted nuclear activities.

"The agency remains ready to re-engage without delay with Iran to resolve these matters," IAEA head Rafael Grossi said in his opening statement to the board.

"I hope that as a result of the deliberations of the board this week, we will come out of this with a sense of commitment to solve these things once and for all -- because as I said, this it not going to disappear," he told reporters later Monday.

"Not only do we not view the resolution as constructive, but we believe it will have a negative impact both on the general direction of our cooperation with the IAEA and on our negotiations," he said.

Kelsey Davenport, an expert with the Arms Control Association, told AFP a resolution was "necessary to send a message that there are consequences for stonewalling the agency and failing to meet safeguards obligations".

"There is no excuse for Iran's continued failure to provide meaningful cooperation with the agency's investigation," she said.

China and Russia -- who with Britain, France and Germany are parties to the Iran nuclear deal -- have warned that any resolution could disrupt the negotiation process.

- In shadow of Ukraine -

Despite the tensions, negotiations are unlikely to fall apart, said Clement Therme, associate researcher at the Rasanah International Institute for Iranian Studies.

"Given the war in Ukraine, the Europeans are not ready to trigger a new crisis with Iran when they are already dealing with a crisis with Russia" which invaded its neighbour in February, he said.

The resolution would be worded "in a way that does not close the door to further negotiations", said Therme.

A key sticking point of the negotiations is Tehran's demand for Washington to remove the Islamic Revolutionary Guard Corps, the ideological arm of Iran's military, from the official US list of terror groups.

US President Joe Biden's administration has refused to do so ahead of tough November midterm elections.

According to the latest IAEA report, the Islamic republic now has 43.1 kilogrammes (95 pounds) of 60-percent-enriched uranium.

If enriched to 90 percent, this could be used to make a bomb in under 10 days, Davenport warned in a report last week.

"Weaponising would still take one to two years, but that process would be more difficult to detect and disrupt once Iran moved the weapons-grade uranium from its declared enrichment facilities," Davenport said.

Iran has always denied wanting to develop a nuclear weapon.

Grossi told reporters on Monday that it would be "a matter of just a few weeks" before Iran could get enough material needed for a nuclear weapon if they continued to develop their programme.