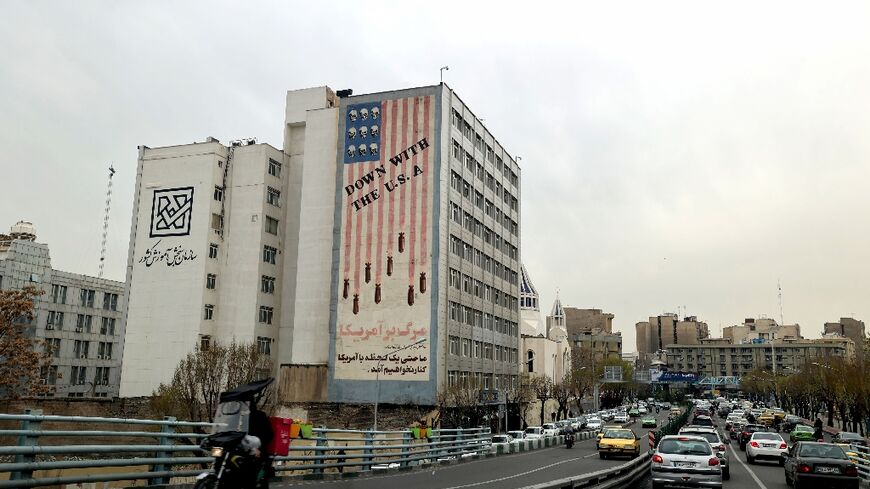 All eight men are being held in the Greater Tehran prison waiting for their fingers on one hand to be amputated - ATTA KENARE
by Stuart WILLIAMS
June 10, 2022 — Paris (AFP)

Eight Iranian men convicted of theft are in imminent risk of having their fingers cut off, campaign groups warned on Friday, urging global action to halt the "inhuman" punishment.

All eight men are being held in the Greater Tehran prison waiting for their fingers on one hand to be amputated, the Abdorrahman Boroumand Center for Human Rights in Iran (ABC) and Amnesty International said in separate statements.

Three of them had been transferred from Orumiyeh prison in northwestern Iran in May specifically for the amputation, they said.

According to Amnesty International, the authorities have informed the men that they will be transferred to another prison in the coming days for the sentence to be implemented with a guillotine machine.

All eight were convicted of robbery and sentenced to amputation of their fingers, with the verdict upheld by the supreme court, Amnesty said.

On June 8, all eight were summoned for transfer for the amputation which was postponed for unknown reasons.

In a joint statement with the Kurdistan Human Rights Network (KHRN), the ABC said it was concerned by "credible reports" that the device had now been installed in a clinic in Tehran's Evin prison and had already been used for at least one amputation in recent days.

"Carrying out such a cruel and inhuman punishment violates the minimum standards of humanity and decency," said ABC executive director Roya Boroumand.

"The international community can and should react urgently to stop the implementation of these amputations," she added.

Finger amputations are permitted in the Islamic republic under sharia law, but have been rarely carried out in recent years.

The ABC said it had collected reports on at least 356 sentences of amputation issued since the Islamic revolution in 1979, but added the real number is believed to be much higher.

If the sentences are carried out, the men will have four fingers of their right hand cut off so only the palm of their hands and thumbs are left, according to Iran's penal code.

"We call on the international community to urgently intervene to stop these sentences from being carried out."

Amnesty cited reports by Iranian activists that a guillotine machine was brought to the medical clinic of Evin prison last month and on May 31, authorities amputated four fingers from a prisoner moved there from Kermanshah province in southwestern Iran.

It said that punishments such as amputation amount to torture and are prohibited under international law noting that Iran's penal code allows other corporal punishments including flogging, blinding and stoning.

Both Amnesty and ABC said one of the convicts, named as Hadi Rostami, had been flogged 60 times after protesting against his sentence and had attempted suicide twice in prison.

The concern over the pending punishment comes as rights groups raise alarm over surging numbers of executions in Iran at a time of protests over price rises.

According to Norway-based Iran Human Rights, at least 168 people were executed by Iran authorities in the first five months of 2022, 50 percent more than in the same period last year.