Tunisian tennis star Ons Jabeur is quickly becoming one of the top competitors in the sport. 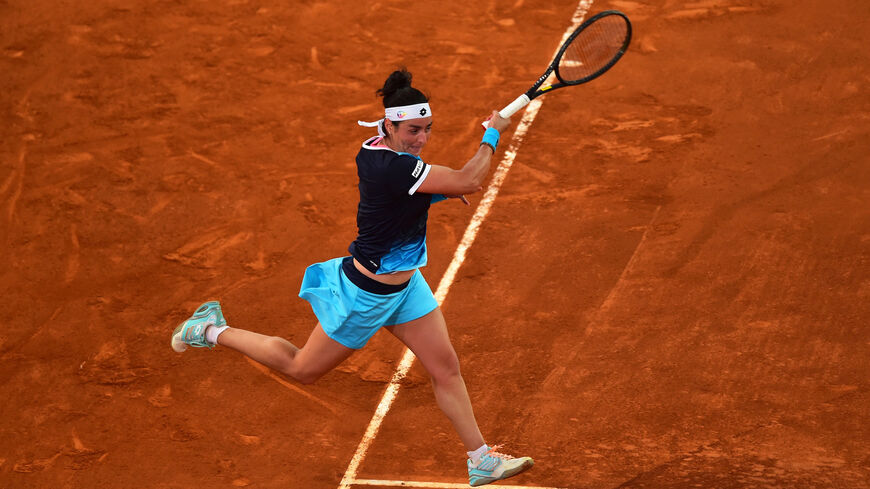 Ons Jabeur of Tunisia plays a forehand during the women's singles final match against Jessica Pegula of the United States on day 10 of the Mutua Madrid Open at La Caja Magica on May 7, 2022, in Madrid, Spain. - Denis Doyle/Getty Images

The association, which governs women’s professional tennis, released its updated tournament schedule. The additions include the WTA 250 Jasmin Open Tunisia, which will take place in the coastal city Monastir on Oct. 3.

Why it matters: The decision followed recent success by Tunisian tennis player Ons Jabeur, who reached six in the world in the WTA’s rankings this month. She reached the finals of the Italian Open in Rome yesterday, losing to world No. 1 Iga Swiatek.

Jabeur is the top-ranked female player in the Middle East and North Africa, and encourages more Arab women to pick up rackets. Her rise has been heavily covered in Tunisian media.

What’s next: The Italian Open is a warmup to the French Open, which is one of tennis’ four Grand Slam tournaments played each year. Both tournaments are played on a clay surface.

The main draw of the French Open will begin on May 22 and conclude on June 5. Jabeur lost in the fourth round of the tournament last year.