Military leaders in Khartoum and their allies in armed groups from the western region have been accused of direct and indirect responsibility for the worst episode of atrocities since the generals’ seizure of power in October. 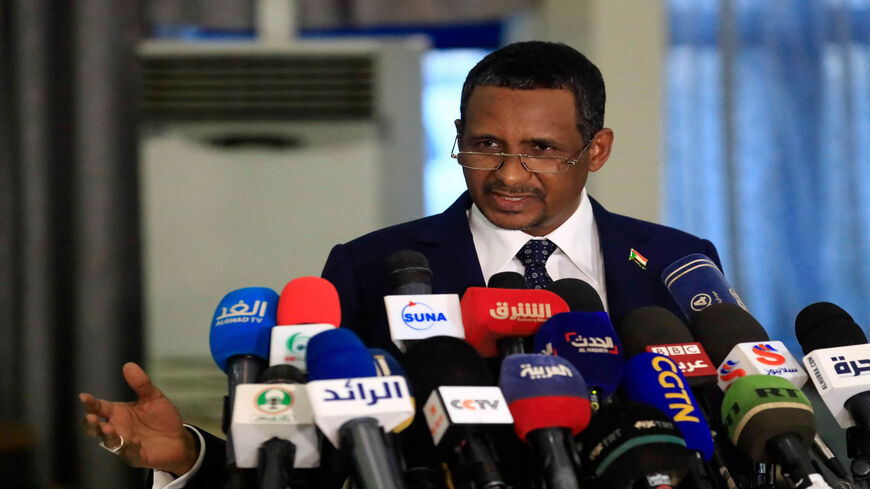 The Sudanese town of Kereinik, in west Darfur, was plunged into a sort of deja vu April 22. Following the killing of two men of the Arab Rzeigat community by unknown perpetrators, over 1,000 armed members of the same group stormed the town, in an attack in which at least eight men of the African Masalit people and seven Arab men were killed, according to the Office of United Nations High Commissioner for Human Rights (OHCHR).

The next day, security forces deployed in Kereinik, but withdrew shortly thereafter in the face of another large-scale assault on the town. On April 24, Rzeigat assailants seized control of the town for hours, during which they killed dozens of people, forced thousands to flee, and torched and looted hundreds of shops and houses, the OHCHR reported.

The violence spread to more than 15 nearby towns, including El Geneina, the capital of west Darfur. The death toll has risen so far to more than 200, while an estimated 85,000 to 115,000 people are displaced. Both Kereinik and El Geneina have remained in a tense calm since then, but locals fear that violence could flare up again at any moment.

This latest wave of atrocities is the largest on record in the area since the military openly seized power in Sudan last October, and further tarnishes the image of the coup generals and their allies. The episode has again exposed the inability of Khartoum to prevent and stop this type of assaults, and violence has been widely attributed to the powerful Rapid Support Forces (RSF), a paramilitary group led by Mohamed Hamdan Dagalo, better known as Hemedti, and today vice president of the contested Sovereign Council ruling Sudan. The attack also puts in a difficult position those armed groups from Darfur that signed a controversial peace deal with the military in 2020 and are now among their only allies.

“The central authorities in Khartoum are directly and indirectly responsible,” said Mutasim Ali, human rights lawyer following Darfur. He told Al-Monitor, “Those involved in killing 200 or more were wearing RSF uniforms and riding RSF vehicles. The RSF are part of the military. The fact that the RSF are participating — even if not by order of their commander — makes them responsible, and we cannot treat them isolated.”

He said, “The indirect participation, which is very much related, is that [even] if the RSF were not formal forces, not recognized as part of the military institution, then it is the role of the Sudanese Armed Forces and the police to stop these atrocities from happening.”

One of the first to react to the carnage in west Darfur was UN Secretary-General Antonio Guterres. In an April 25 statement, he underscored that the “primary responsibility for the protection of civilians in Darfur rests with the government of Sudan.” But he also took note “of efforts undertaken by the Sudanese authorities to address the situation.” Two days later, UN High Commissioner for Human Rights Michelle Bachelet called as well on the Sudanese authorities to protect the population of west Darfur, and urged the authorities “to address the underlying causes of violence in this region.”

On April 29, senior officials from France, Germany, Norway, the European Union, the United States and the United Kingdom released a joint statement following a visit to Khartoum in which they noted the fragile state of Sudan’s peace process, strongly condemned the violence in west Darfur and linked a durable peace to a civilian transition to democracy in the country.

All of them, however, stopped short of noting the direct involvement of at least some of the Sudanese authorities in the assault. Residents of Kereinik, activists and local media have all pointed out that members of Hemedti’s ill-disciplined RSF were once again involved in the atrocities, and that regular forces did nothing to stop them despite clear indications of an imminent attack. Unverified videos from Kereinik shared with Al-Monitor show armed people in RSF uniforms in the town under attack.

Since December 2019, west Darfur has experienced at least five major waves of atrocities that have followed the same pattern. After a minor altercation or criminal incident, Arab gunmen storm towns such as Kereinik or other camps where non-Arab internally displaced persons live, loot and torch dozens of houses and shops, kill hundreds and force the displacement of thousands in the face of the passivity of regular forces. At least some of these spikes in violence have been repeatedly associated with Hemedti’s forces.

Those who have been much more forceful in identifying those responsible for the atrocities in Darfur have been the resistance committees, the decentralized groups of revolutionaries at the forefront of the fight against the coup generals. On April 25, the Khartoum Resistance Committees Coordination stated that the military authorities “are responsible for all the massacres,” and considered the renewed violence an attempt to escape forward, terrorize the Sudanese people and dissuade them from their demands.

In addition to underlining Khartoum’s responsibility to protect the citizens of Darfur, the UN Secretary-General’s office, OHCHR and Western senior officials all stressed the need to accelerate the implementation of the Juba Peace Agreement (JPA). The deal was signed in 2020 between a number of Sudanese armed groups, including from Darfur, and the transitional government, following controversial negotiations monopolized by the military, including Hemedti. In particular, they emphasized security measures, including the deployment of a joint security-keeping force, provided for in the peace agreement.

Minni Minawi, leader of a faction of the Sudan Liberation Movement signatory to the JPA and governor of Darfur, recently accused security forces in the region of complicity, slowness or outright involvement in the latest wave of violence in the west. According to Sudan Tribune, which quoted West Darfur state officials, Minawi has called for the replacement of RSF members deployed in the region for their involvement in the atrocities. He demanded the contested Sovereign Council approve the Darfur governance law in order to set his powers and functions as governor.

Yet Darfur citizens, activists and analysts have warned since the signing of the JPA that security conditions in the region have only worsened since then, and that the agreement served mainly to open the door for rebel groups to ally with Hemedti and the military and deal a blow to prospects of democracy and civilian rule in the country.

“The current important need is that the Juba agreement remains a very weak agreement. The agreement did not bring anything other than death and destruction. There is nothing new. It was in the interests of the parties,” Adam Rojal, spokesperson for the General Coordination for Refugees and Displaced Persons in Darfur, told Al-Monitor.

The Resistance Committee of El Geneina considered that the repeated violent events in Darfur “demonstrate unequivocally that those who designed the JPA have a direct interest in these violations and are now working to prolong the coup’s life.” The group accused the authorities in Khartoum of ignoring victims and stakeholders and failing to specify the mechanism for disarming, arresting and bringing militias to justice.

“The people of the center and the northern Nile strip do not want to implement [even] the entitlements of the JPA,” a lawyer for the Darfur Bar Association told Al-Monitor on condition of anonymity. “[There is a] conflict of interests between the center and the periphery and unwillingness to share power and wealth.”