Robe Malley, the US special envoy on Iran, prepares to testify at the Senate Foreign Relations Committee - Brendan Smialowski
by Shaun TANDON
May 25, 2022 — Washington (AFP)

The US pointman on Iran warned Wednesday it was more likely than not that talks would fail to revive a nuclear deal as he vowed no let-up in pressure if Tehran clings to its demands.

Rob Malley, who has led more than a year of indirect talks with Iran in Vienna, nonetheless told lawmakers that President Joe Biden's administration still supported the 2015 nuclear accord and was ready to lift sanctions if it secures an agreement.

"As of today the odds of a successful negotiation are lower than the odds of failure and that is because of excessive Iranian demands to which we will not succumb," Malley told the Senate Foreign Relations Committee.

He said the United States would reject "demands that go beyond the scope of the JCPOA," using the official name for the Joint Comprehensive Plan of Action.

"We are fully prepared to live with and confront that reality if that is Iran's choice," Malley said.

He was likely referring to the clerical state's demands to remove a terrorism blacklisting of the elite Revolutionary Guards, a step rejected by Biden and bitterly opposed by many in Congress.

But Malley made clear that Biden did not support military action -- an option loudly mulled by Israel, which is suspected in a shadowy campaign of assassination against Iranian nuclear scientists.

"All options are on the table," Malley said, while adding that military action would only "set back" Iran's nuclear program.

Referring to the US history of war in the Middle East, Malley said, "We know that it costs."

"But let's leave it at this -- the only solution here is a diplomatic one." 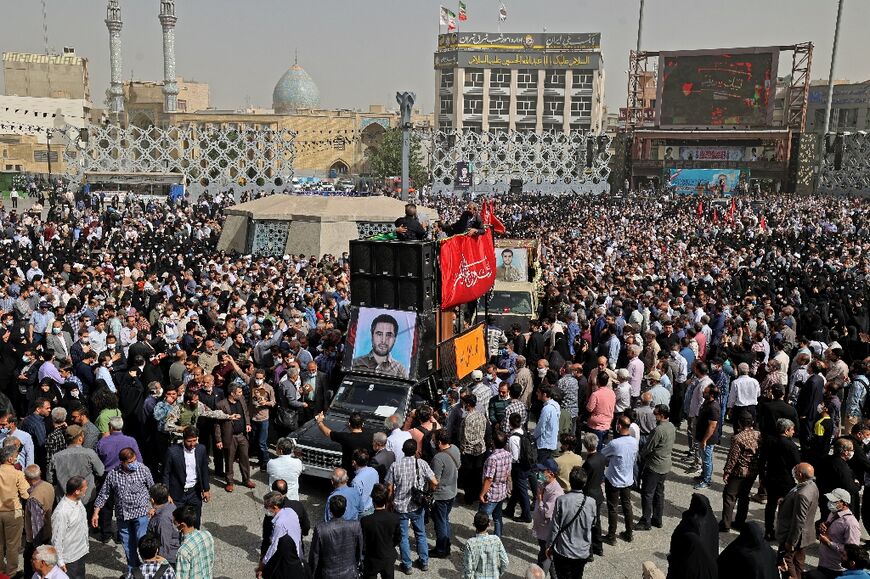 Malley, however, warned of greater economic pressure if talks fail -- and said the United States would have the support of the Europeans, unlike under former president Donald Trump.

The Treasury Department said Wednesday it was imposing sanctions on a network backed by Revolutionary Guard and Russian officials that has shipped hundreds of millions of dollars of oil in defiance of unilateral US sanctions.

The JCPOA -- brokered under then president Barack Obama with the blessing of European powers, Russia and China -- promised economic relief for Iran which, inspectors said, had been complying with the accord's severe curbs on its nuclear program.

Trump withdrew in 2018 and imposed sweeping unilateral sanctions including on Iran's oil, vowing to bring Tehran to its knees.

Malley said that Trump's approach had demonstrably failed, with Iran stepping up nuclear work since the US pullout.

Senators including some from Biden's Democratic Party voiced exasperation, noting that Secretary of State Antony Blinken had warned in January that only "a few weeks" were left before Iran had advanced to the point that the JCPOA was no longer beneficial.

"We continue to wait and hope. But hope is not a national security strategy," said Senator Bob Menendez, the Democratic chairman of the committee.

Menendez said Iran had convinced the world "that the United States wants the JCPOA more than the Iranian regime does."

Malley replied that technical assessments remain "that the nonproliferation benefits of the deal are worth the sanctions relief that we would provide."

"I don't think this is a strong regime that is basking in being able to circumvent sanctions," Malley said.

"It is a regime under duress and that's because of its own mismanagement and our sanctions."