The move follows a currency swap agreement between the two countries and the Turkish president's visit to the UAE. 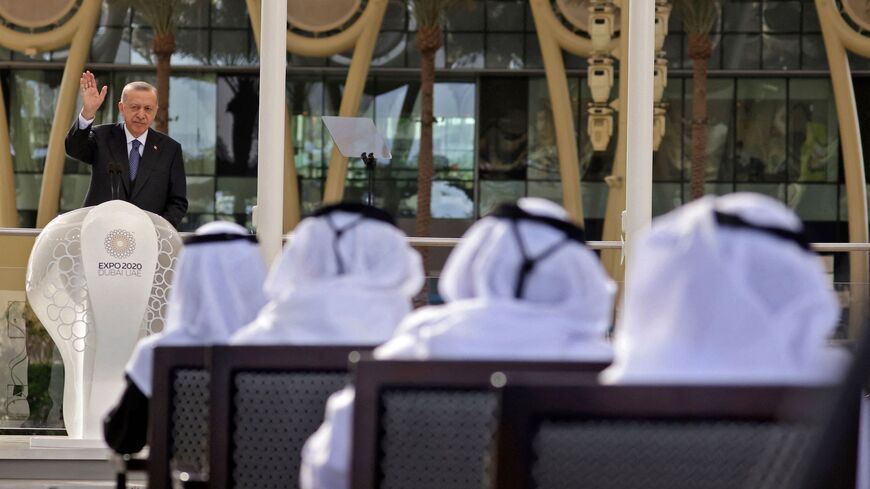 Turkish President Recep Tayyip Erdogan gestures as he delivers a speech during a national event at the Turkish Pavilion of Expo 2020, in the Gulf emirate of Dubai on Feb. 15, 2022. - KARIM SAHIB/AFP via Getty Images

The UAE’s federal export credit company Etihad Credit Insurance and its Turkish equivalent Turk Eximbank agreed to “facilitate trade and export and ease access to credit insurance and project financing.” They signed the memorandum of understanding at a ceremony in Istanbul, the official Emirates News Agency reported.

What is it:  Export credit agencies are government entities that facilitate the international exports of domestic companies. They provide loans and insurance to this end.

Why it matters:  The UAE and Turkey are in the process of rehabilitating their relations. The two countries have been at odds over a variety of regional issues in recent years, including the Arab Spring, the Qatar diplomatic crisis and the Libyan civil war.

Turkey and the UAE have strong economic ties despite past tensions. Turkey is the UAE’s seventh largest trading partner. Their non-oil trade amounted to $13.45 billion in 2021, constituting an 82% increase from pre-pandemic trade in 2019, according to the Emirates News Agency.

Part of the warming of ties has been related to the economy. In January, the UAE and Turkey made a currency swap deal.