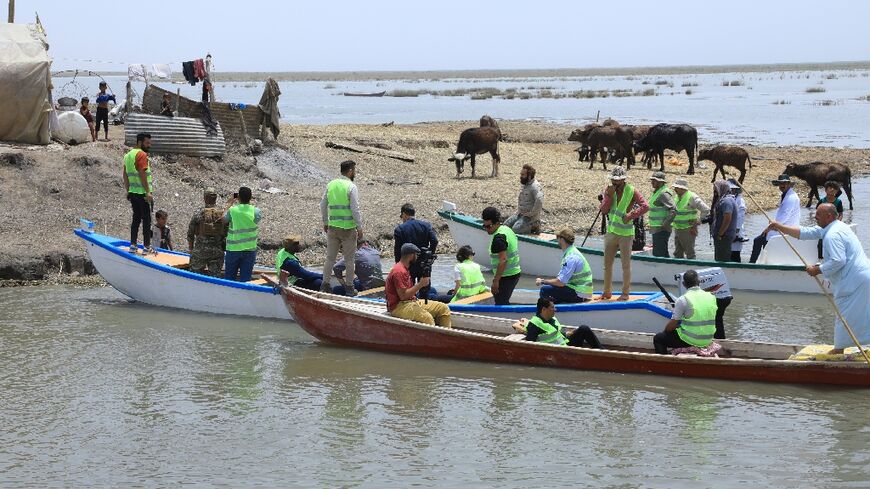 Iraq's vast swamplands are the reputed home of the biblical Garden of Eden, but the waterways are drying out and becoming so clogged with waste their very existence is at risk, activists warn.

"For 6,000 or 7,000 years the inhabitants have protected the marshes," said Raad al-Assadi, director of Chibayish Organisation for Ecotourism, who this week began work on a boat to try to clear some of the worst areas of trash.

"But we have reached a stage where the marshes are threatened with extinction."

The swamps, nestled between the Tigris and Euphrates rivers, are one of the world's largest inland deltas.

The wetlands barely survived the wrath of dictator Saddam Hussein, who ordered they be drained in 1991 as punishment for communities protecting insurgents and to hunt them down. 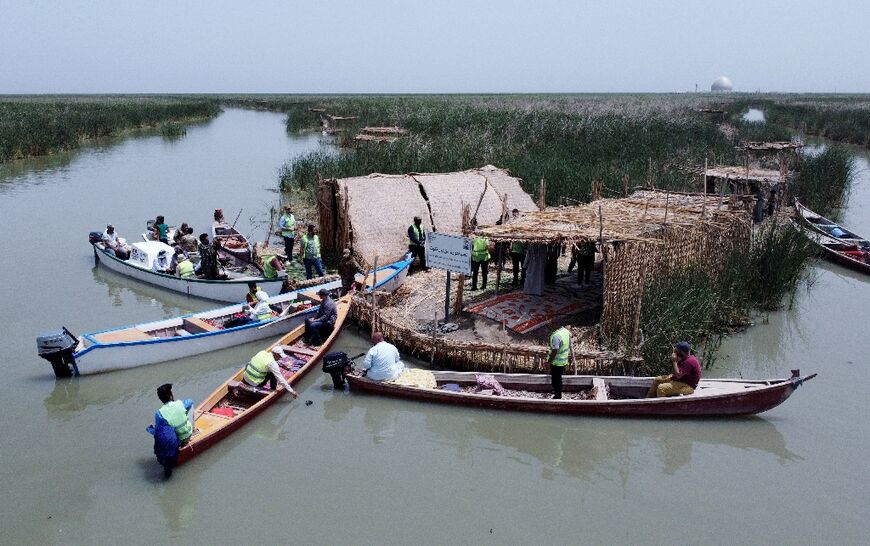 But after Saddam was toppled, Iraq pledged to preserve the ecosystem and provide functional services to the marshland communities, and they were inscribed as a UNESCO World Heritage site in 2016 both for their biodiversity and their ancient history.

Tourists have returned, but one of the main visible sources of pollution in the area are visitors who throw away their "plastic waste", said Assadi.

After decades of brutal war, Iraq lacks structures for the collection and disposal of waste, and 70 percent of its industrial waste is dumped directly into rivers or the sea, according to data compiled by the United Nations and academics. 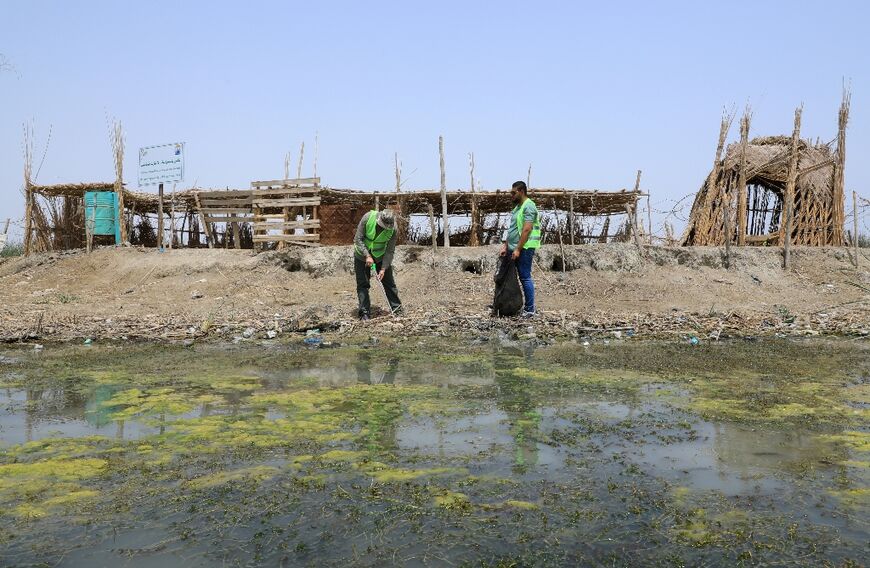 A team of 10 joins the boat, cruising the maze of narrow waterways to collect the piles of plastic bottles filling the channels, and erecting signs urging people to "respect our land", and not to litter.

But it is far from the only threat: Iraq's host of environmental problems, including drought and desertification, threaten access to water and livelihoods across the country.

The UN classifies Iraq "as the fifth most vulnerable country in the world" to climate change, having already witnessed record low rainfall and high temperatures in recent years.

The water level of the marsh is falling, a phenomenon accentuated by repeated droughts and by the dams built upstream of the two rivers, among Iraq's upstream neighbours, Turkey and Iran.

"There is a threat to this ecosystem, which has significant biodiversity", said French ambassador Eric Chevallier, at the launch Thursday of the French-funded boat project.

Chevallier called for "much greater mobilisation, Iraqi and international, to meet all the challenges" that a heating planet is causing. 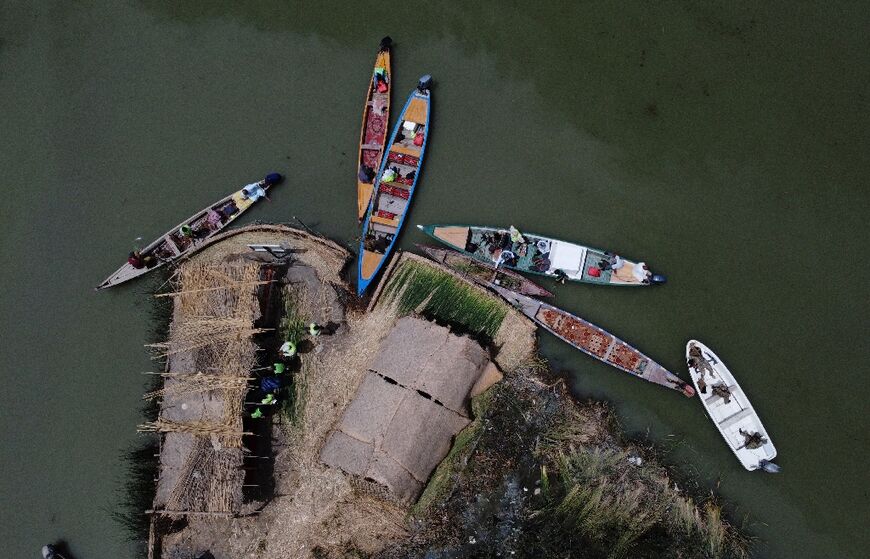 A string of sandstorms in recent weeks have blanketed Iraq, with thousands needing medical care due to respiratory problems.

The Middle East has always been battered by dust and sandstorms, but they have become more frequent and intense in recent years.

The trend has been associated with overuse of river water, more dams, overgrazing and deforestation.

The rubbish collectors are not the only unusual team in the marshes: earlier this year, the Iraqi Green Climate Organization launched a veterinary ambulance to help farmers treat their water buffalo.