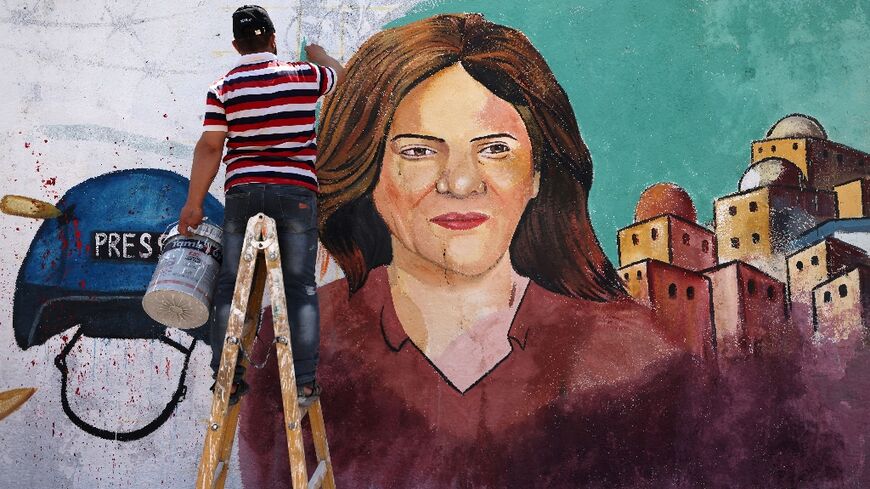 She "was the sister of all Palestinians", Shireen Abu Akleh's brother said of the slain journalist - MOHAMMED ABED
by Majeda EL-BATSH and Gareth BROWNE
May 12, 2022 — Ramallah (Palestinian Territories) (AFP)

Veteran Al Jazeera journalist Shireen Abu Akleh will be buried alongside her parents in a cemetery near Jerusalem's Old City on Friday, two days after she was shot dead in an Israeli army raid.

The Palestinian American's body has been transferred from the occupied West Bank, and her funeral will be held at a Jerusalem church.

Israel and Palestine have traded blame over the killing of Abu Akleh, 51, a journalist with the Qatar-based network's Arabic service, during clashes in the Jenin refugee camp.

The United States, European Union and United Nations have backed calls for a full investigation into what Al Jazeera labelled a deliberate killing "in cold blood", but the Palestinian Authority (PA) has rejected holding a joint probe with Israel. 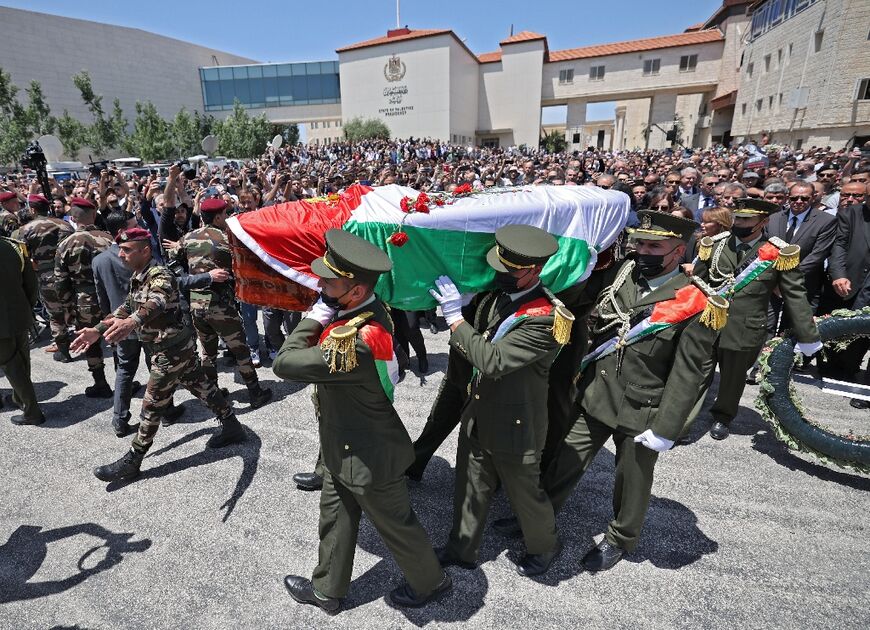 In a sign of Abu Akleh's prominence, she was given what was described as a full state memorial at Palestinian president Mahmud Abbas's Ramallah compound on Thursday, with officials, foreign diplomats and a long stream of mourners present.

"Her voice entered every home, and her loss is a wound in our hearts," said mourner Hadil Hamdan.

Thousands lined the route as her coffin, draped in the Palestinian flag, was driven through the West Bank city, where a street is to be renamed in her honour.

Many held flowers, wreaths and pictures of the slain journalist, who has been widely hailed for her bravery and professionalism through her coverage of the conflict.

- 'Sister of all Palestinians' -

"This crime should not go unpunished," Abbas said during the memorial, adding that the Palestinian Authority held Israel "completely responsible" for her death. 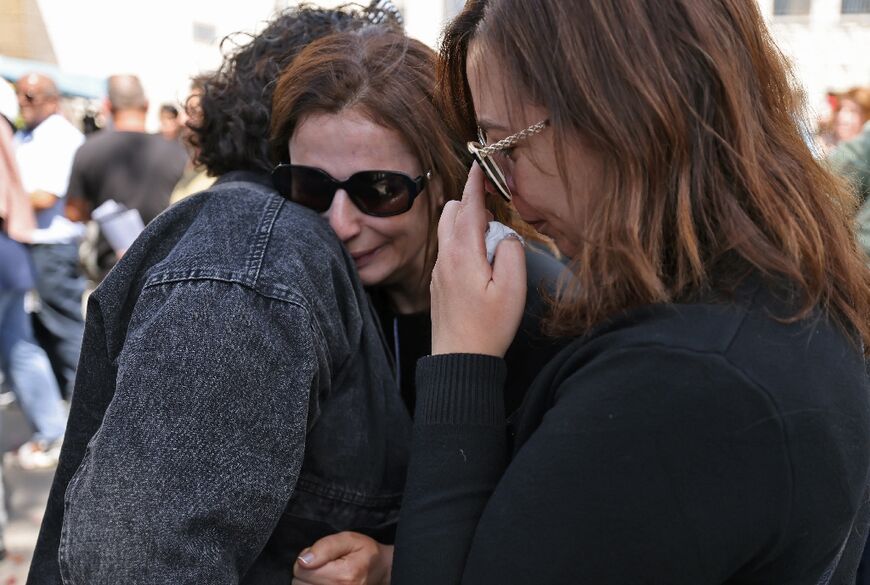 Immediately after the shooting, Israeli Prime Minister Naftali Bennett had said it was "likely" Abu Akleh was killed by stray Palestinian gunfire.

But a few hours later, Israeli Defence Minister Benny Gantz said that it could have been "the Palestinians who shot her" or fire from "our side".

While reporting in Jenin, Abu Akleh was wearing a bulletproof vest emblazoned with the word "press", as well as a helmet.

Grief over Abu Akleh's killing spilled beyond Palestine, with protests erupting in Turkey, Sudan and elsewhere.

She "was the sister of all Palestinians," her brother Antoun Abu Akleh told AFP.

Draped in a Palestinian scarf, mourner Tariq Ahmed, 45, described the death as a "tragedy for all the nation", comparing his grief to what he felt at the funeral of Palestinian leader Yasser Arafat.

"I have not felt this pain since Arafat died," Ahmed said.

Ibrahim Abu Allan, 52, attended the memorial in his wheelchair, having travelled from the southern West Bank.

"The road was difficult, but Shireen deserves a farewell," he said. 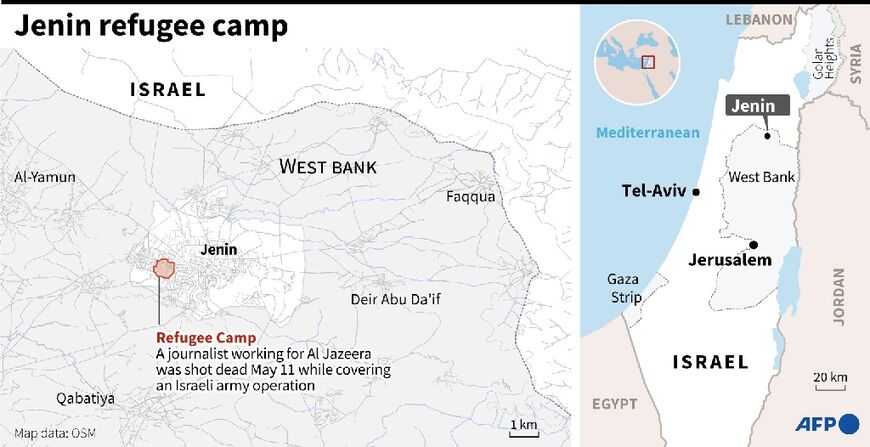 A coffin for Abu Akleh, a Palestinian Christian born in Israeli-annexed east Jerusalem, began its journey to Jerusalem to the drumbeat of a marching band, as crowds chanted slogans demanding an end to Palestinian security cooperation with Israel.

Israel has publicly called for a joint probe and stressed the need for Palestinian authorities to hand over the fatal bullet for forensic examination.

But Abbas said the proposal had been rejected.

An initial autopsy and forensic examination were conducted in Nablus in the Israel-occupied West Bank hours after her death. 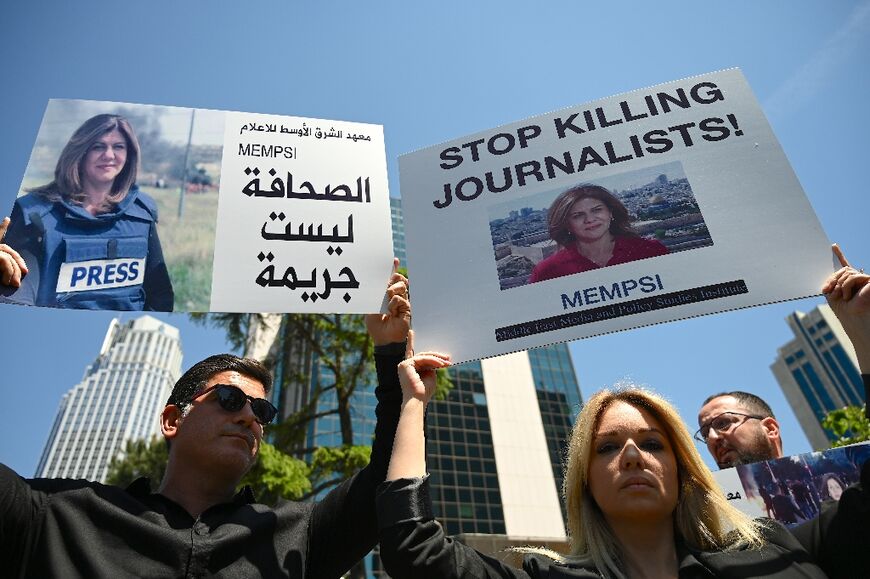 About 475,000 settlers already live in the West Bank, alongside some 2.7 million Palestinians, in communities widely regarded as illegal under international law.

Tensions had already risen with a wave of attacks that have killed at least 18 people in Israel since March 22, including an Arab-Israeli police officer and two Ukrainians.

A total of 31 Palestinians and three Israeli Arabs have died during the same period, according to an AFP tally, among them perpetrators of attacks and those killed by Israeli security forces in West Bank operations.