Qatar and the United Kingdom have announced they will cooperate on energy projects while Qatar’s energy minister criticized Europe for “demonizing” oil and gas companies. 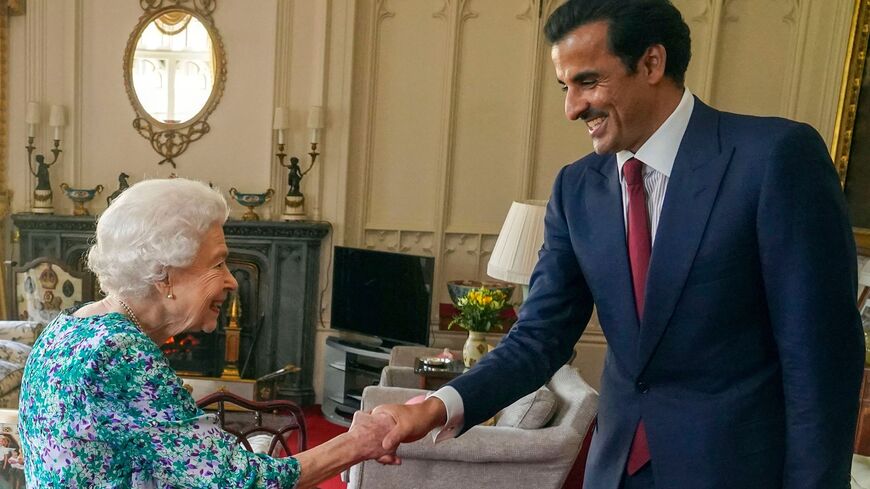 Britain's Queen Elizabeth II shakes hands with the Emir of Qatar Sheikh Tamim bin Hamad al-Thani during an audience at Windsor Castle, west of London, on May 24, 2022. - STEVE PARSONS/AFP via Getty Images

Several agreements came out of the meeting, including the Qatar-UK Strategic Investment Partnership. Qatar is looking to invest 10 billion British pounds ($12.5 billion) in the United Kingdom over the next five years, the British government said in a statement.

The UK also added Qatar to its list of visa-exempt countries under the Electronic Travel Authorization regimen. The authorization will begin in 2023 and allow citizens of several countries to visit the UK without a visa. So far, Israel is the only country in the Middle East whose citizens have visa-free access to the kingdom.

Thani and Johnson also discussed energy security, renewable energy and decarbonization, according to the statement.

The UK has looked to gas-rich Qatar for help amid soaring prices worldwide. In December, The Independent reported that the UK started receiving increased liquified natural gas shipments from the Gulf state.

Qatar’s Energy Minister Saad Sherida Al-Kaabi accompanied the emir to London and gave an interview to Sky News on the current energy crisis. Prices have skyrocketed in recent months following the Russian invasion of Ukraine. Kaabi criticized European states for “demonizing the oil and gas companies” in the interview.

Germany is also working to import more Qatari gas in an effort to reduce its reliance on Russian gas.