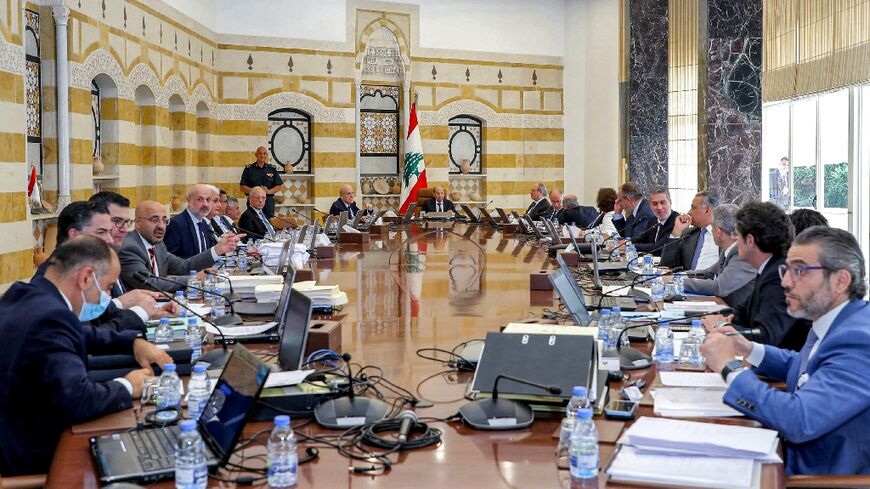 The cabinet of bankrupt Lebanon, at its final session on Friday, passed a financial recovery plan needed to secure international aid, but its implementation will depend on the fractious incoming parliament.

The session came five days after Lebanon held its first election since an economic crisis, widely blamed on corruption and negligence by the ruling elite, dragged the country to the brink of becoming a failed state.

"Any delay in implementing the financial recovery plan will be very costly to Lebanese," Prime Minister Najib Mikati said at a press conference after cabinet met.

The International Monetary Fund and Lebanon in April struck a conditional deal for $3 billion in aid. Enacting reforms, including a financial recovery plan, is one of many prerequisites for the package, and analysts have expressed scepticism that the reforms can take place.

It will be up to the new government and parliament to implement the plan approved by the outgoing cabinet.

The financial plan passed by ministers includes restructuring and recapitalising the banking system, and protecting small depositors "as much as possible", according to an official five-page document seen by AFP.

Sunday's election yielded a polarised and fragmented legislature likely prone to the kind of deadlock that has characterised Lebanese politics for decades.

This could complicate the formation of a new government and delay implementation of the reforms.

Lebanon has been battered by triple-digit inflation, soaring poverty rates and the collapse of its currency since a 2020 debt default.

In a move adding to the economic pain, cabinet also raised telecom prices. Starting July, the internet bill of Lebanon residents will more than double, as will mobile phone bills.

Telecommunications Minister Johnny Corm warned Thursday the cash-strapped sector might collapse if there were no hikes, because current prices were set according to pre-inflation rates.

The outgoing Lebanese cabinet will continue to function with limited caretaker powers until a new one is formed, a process that could take months.

"I call on elected lawmakers to expedite the formation of a new government," Mikati said.

"They reaffirmed the need to implement the structural reforms necessary for the country's recovery, as expected by the Lebanese population and the international community," the French presidency announced after a telephone conversation between the two leaders.

Macron and Salman also "reaffirmed their willingness to continue their coordination to support the Lebanese population".