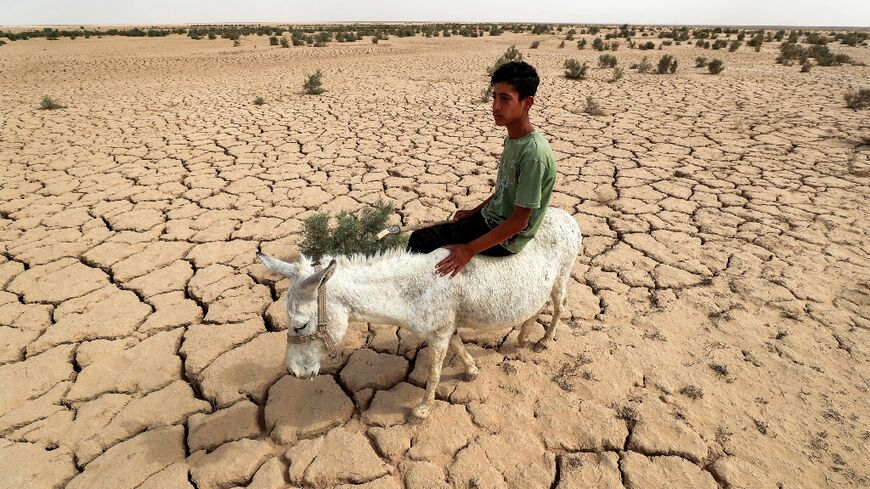 An Iraqi rides a donkey across the dried out lake bed that is all that is left of Lake Hamrin, in normal years a key irrigation reservoir - AHMAD AL-RUBAYE
Agence France-Presse
May 20, 2022 — Hamrin (Iraq) (AFP)

Iraq's Lake Hamrin, a once-vast reservoir northeast of Baghdad that is the sole source of water for irrigation across Diyala province, has nearly dried out, a senior official said Friday.

Successive years of low rainfall and a sharp reduction in the flow of water down the Sirwan River from neighbouring Iran have reduced much of the lake to a dust bowl, the official told AFP. 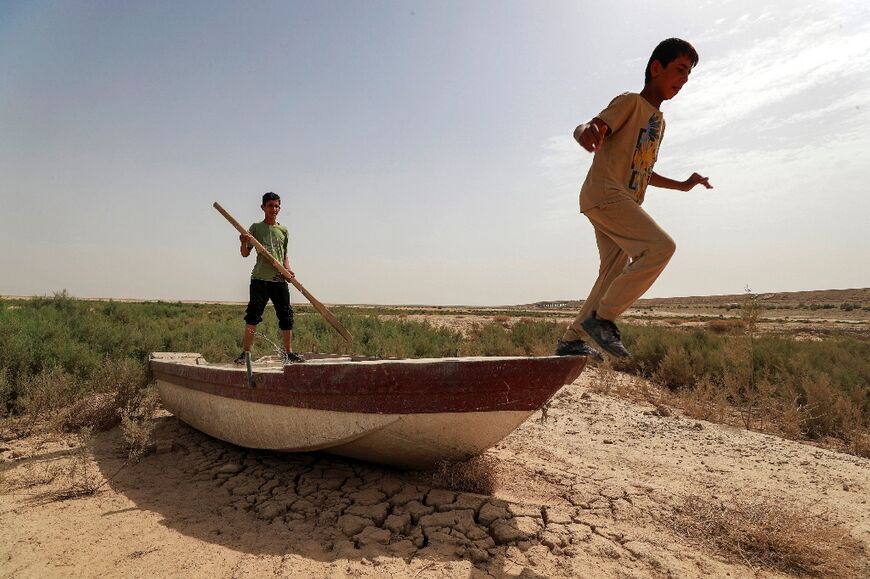 Dhiab said a number of factors were to blame including the prolonged drought and Iranian dam construction and river diversion projects upstream.

Dhiab said it was not the first time water levels had fallen so low. "In 2009, the lake dried out completely. There was just a stream."

He said the impact on surrounding farmland should not be underestimated.

He said the government had asked Iran to increase the flow of water across the border. Otherwise all that could be done was to pray for higher rainfall next year. 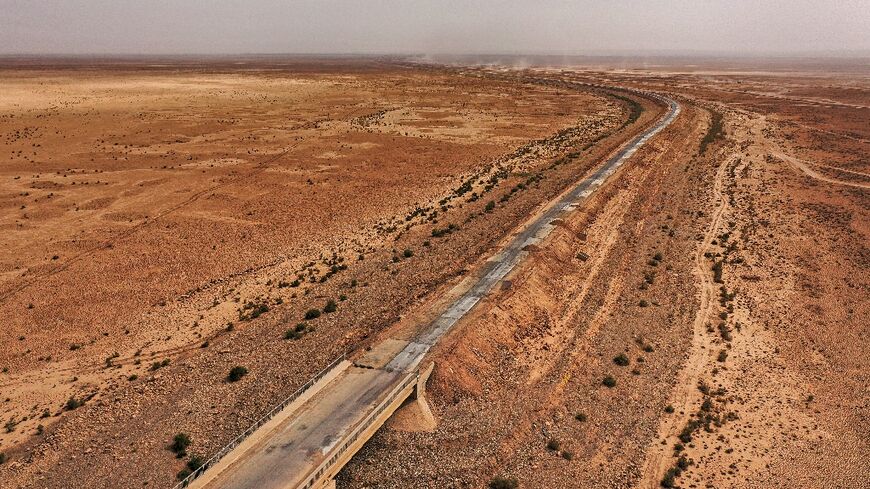 The problem is not exclusive to Diyala province. The World Bank predicts that without major changes, Iraq will have lost 20 percent of its water resources by 2050.

The country is classified as one of five most vulnerable to climate change effects and desertification. Water shortages have led this year to reduced quotas for rice and wheat farmers.