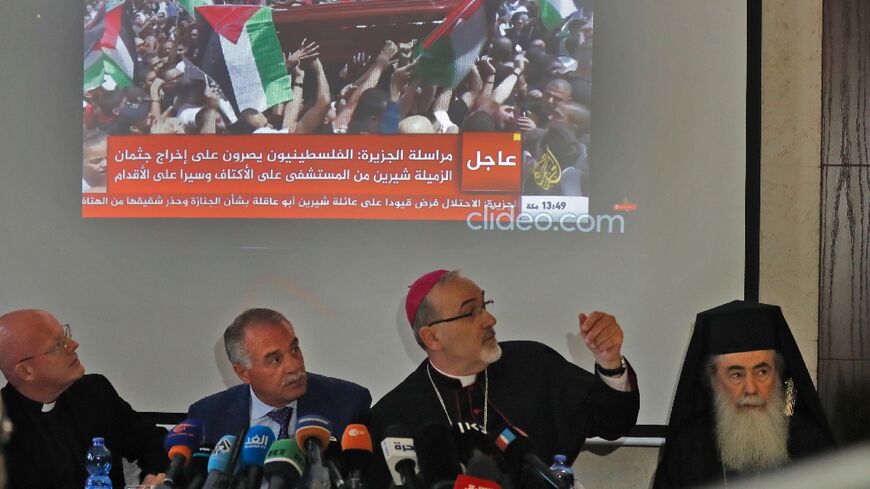 The Catholic archbishop in Jerusalem on Monday strongly criticised Israel's "police invasion" last week of a Christian hospital ahead of the funeral of slain Al Jazeera reporter Shireen Abu Akleh.

The veteran journalist was shot dead during an Israeli army raid in the West Bank. Palestinians and the TV network said Israeli troops killed her, while Israel said Palestinian gunfire may be to blame.

Anger over her death was compounded Friday when baton-wielding Israeli police in annexed east Jerusalem beat pallbearers carrying Abu Akleh's coffin which was covered by a Palestinian flag.

The Latin Patriarch of Jerusalem, Pierbattista Pizzaballa, on Monday condemned "Israel's police invasion and disproportionate use of force" at St Joseph's hospital, where her body was being held. 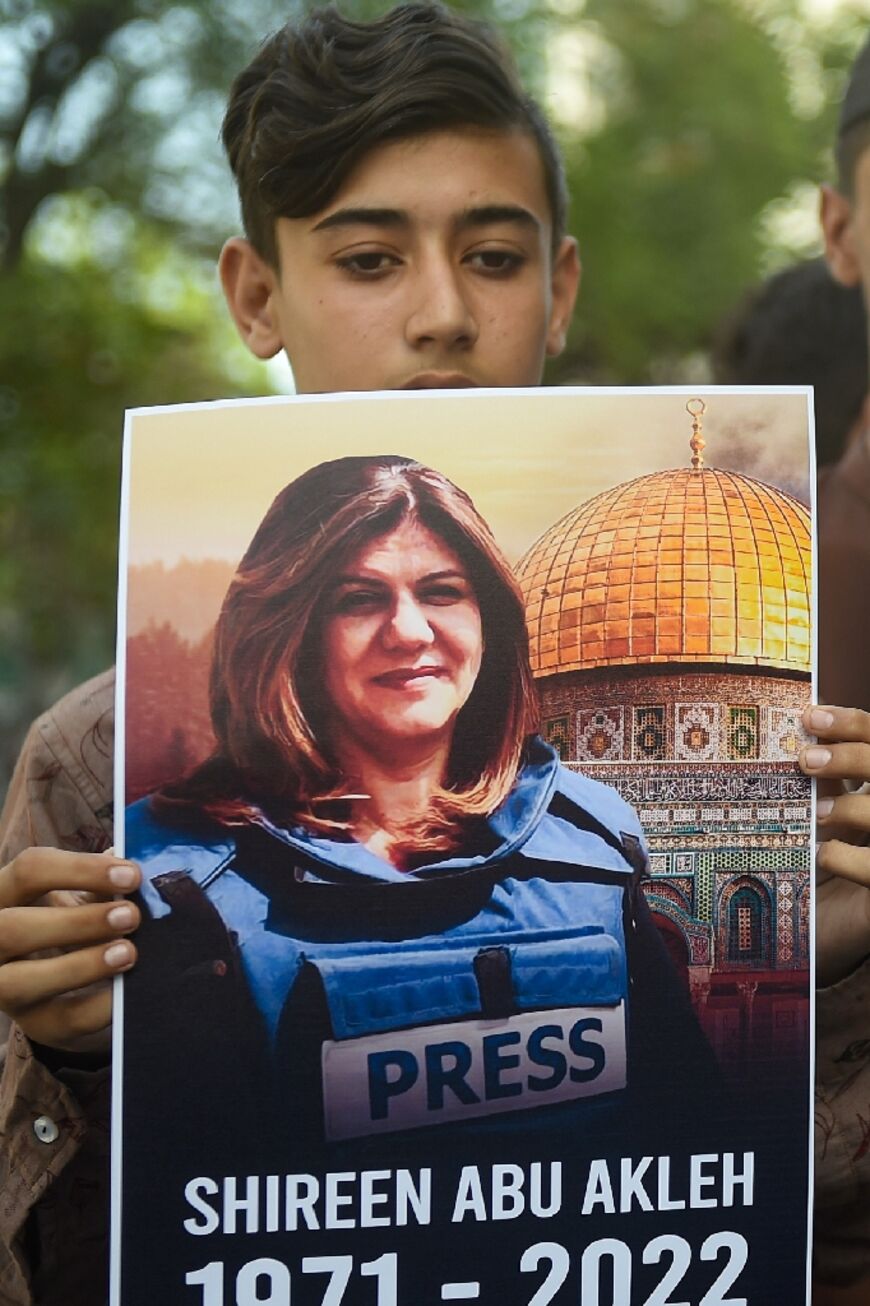 At a press conference at the hospital, he accused Israeli police of "attacking mourners, striking them with batons, using smoke grenades (and) shooting rubber bullets".

The hospital is owned by the Sisters of St Joseph of the Apparition, a French-founded congregation that has been present in former Palestine and Israel for nearly 200 years.

Israeli police have vowed to investigate the chaotic incident, which was broadcast live worldwide and sparked widespread condemnation including from the United States, European Union and United Nations. 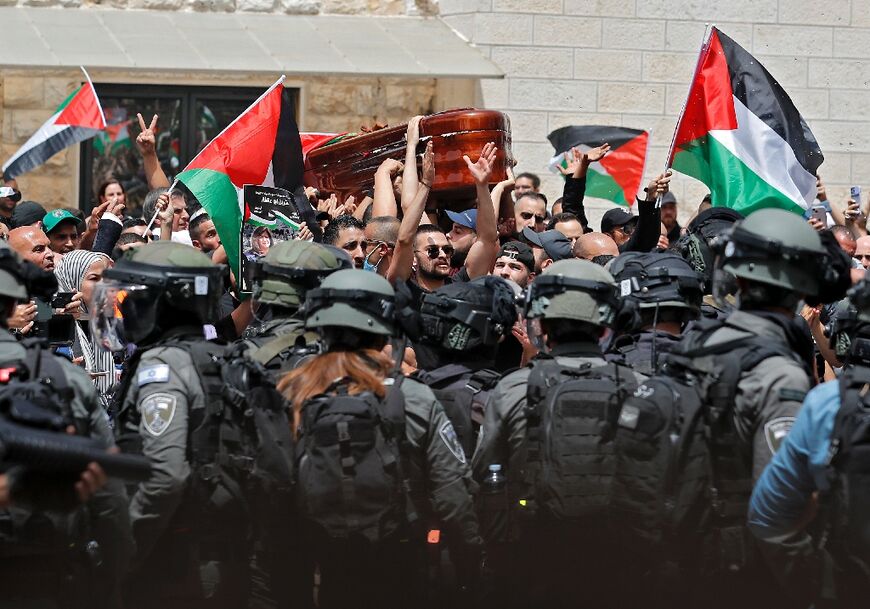 Those calls echoed global demands for an impartial probe into the death of Abu Akleh, a Palestinian-American, who Al Jazeera said was killed by Israel "deliberately" and "in cold blood".

Israel's army has said it was not yet clear if she was killed by stray Palestinian gunfire or by Israeli sniper fire aimed at nearby militants in Jenin.

Israeli police have meanwhile offered a series of explanations for the unrest on the day of her funeral.

In a police video, an officer is seen telling the crowd that the procession would not commence until the crowd stopped "nationalistic", or Palestinian, chants.

Israeli forces frequently crack down on individuals publicly expressing their Palestinian identity, including by waving the flag. 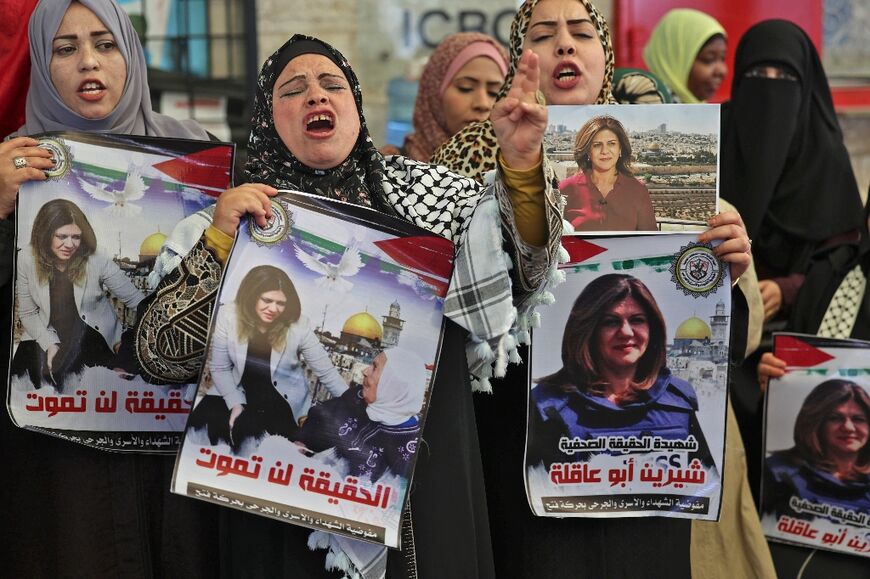 They have also said they were compelled to act to uphold the plans for the funeral agreed with the family, which were disrupted by a "mob" made up of some "300 rioters".

The Abu Akleh family has rejected the police version of events.

St Joseph's hospital director Jamil Kousa told AFP Monday that he had spoken to police outside the hospital on Friday and pleaded that the procession be allowed "to go peacefully".

Kousa said police had warned that if mourners shouted Palestinian national "chants" or waved flags, the procession would be blocked.