The disagreement relates to both countries' troubled history with Morocco over the Western Sahara territory. 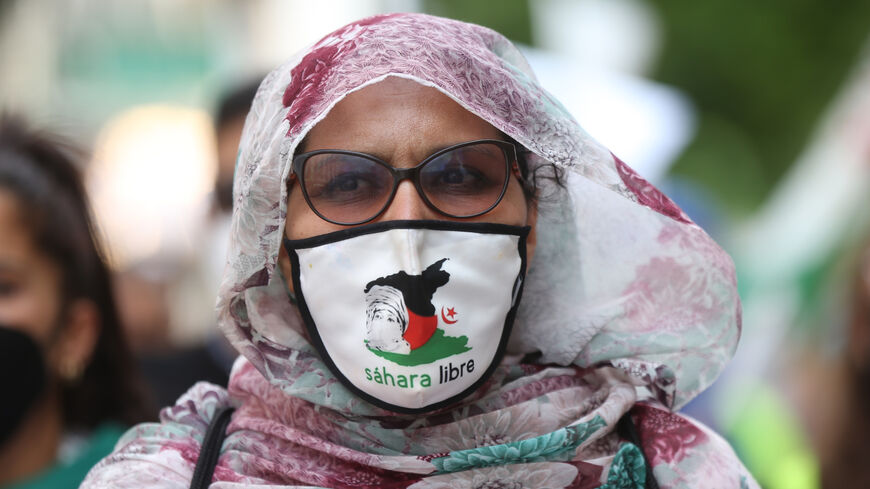 A Saharawi woman wears a "Freedom Sahara" mask during a demonstration on June 18, 2021, in Madrid, Spain. - Isabel Infantes/Getty Images

Algeria and Spain are in the midst of a dispute over gas shipments that reached a boiling point last week when Algeria threatened to cancel its gas deal with Spain, fearing that Spain could direct some of it to Morocco. Here are the key factors that led to the current situation:

Gas: Algeria is Spain’s largest source for natural gas. In 2021, Algeria sent 178 terawatt hours of natural gas to Spain. The United States was a distant second, sending 60 terawatt hours, according to Statista.

Morocco is heavily energy dependent, importing 90% of its energy needs. The kingdom has turned to renewable energy to become more independent, but the country still gets the majority of its electricity from non-renewable sources, including gas.

In the 1990s, Algeria agreed to export gas to Spain via Morocco. But last October, Algeria said it would pump gas to Spain via a different pipeline, thus bypassing Morocco amid tensions over Western Sahara. The move left Morocco scrambling to make up for the lost gas. Spain then offered to supply gas to Morocco in February.

Western Sahara: Much of the current spat involves Moroccan-controlled Western Sahara in northwest Africa. Algeria, the United Nations and much of the international community consider the territory occupied by Morocco. The kingdom has endorsed an autonomy plan for the region, but the proposal is rejected by many in Western Sahara, including the Sahrawi nationalist group the Polisario Front.

However, in March, Spain reversed course and endorsed the Moroccan autonomy plan. The move helped Spain repair its fractured relationship with Morocco, but the Polisario Front subsequently cut off contact with Spain last month.

Know more: Italy also signed a gas deal with Algeria in April in a move to reduce reliance on Russia amid its invasion of Ukraine.