What does Yemen's new leadership mean for the war-torn country? 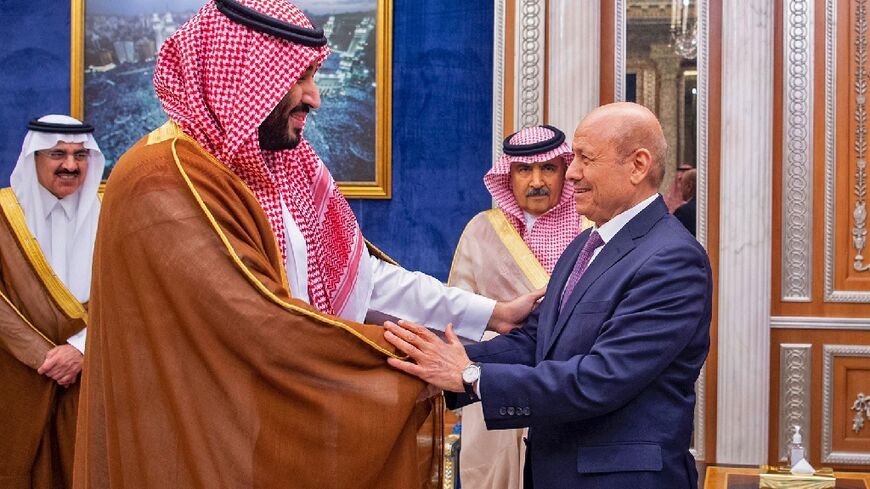 Yemen's president handed his powers to a leadership council on Thursday, a major shake-up in the camp that has been battling the Huthi rebels for more than seven years.

Abedrabbo Mansour Hadi's announcement comes after a temporary truce took effect between pro-government troops and the insurgents, offering a glimmer of hope in a conflict which the UN has called the world's worst humanitarian crisis.

Here are some key questions and answers on what the shift of power means for the war-torn country:

Hadi, since his election in 2012, failed to impose his authority during a turbulent decade as president of Yemen.

His political opponents have long accused him of corruption, and observers saw his position as head of the ruling body as an obstacle to the unity of the anti-Huthi camp.

Maged al-Madhaji, director of the Sanaa Centre for Strategic Studies, said the move signified an "end to the Hadi era".

"It ends the manner in which Yemen was run during Hadi's era," he told AFP, as the new council is handed "full powers" of the presidency.

"The Hadi government has been weak, incompetent and lacking in legitimacy," Elisabeth Kendall, a researcher at Oxford University, told AFP.

"There has been a general misconception that anti-Huthi meant pro-government. Under Hadi, it did not."

- Who are the council members? -

The council will consist of eight members and be led by Rashad al-Alimi, a former interior minister and adviser to Hadi.

Half its members are from the country's north, and the other half from the south -- which was a separate state until it unified with the north in 1990.

All "have military and security background and most of them have directly fought the Huthis", said Mohammed Al-Basha, a Yemen expert for the US-based Navanti research group.

It includes Aidarous Al-Zoubeidi, who heads the secessionist Southern Transitional Council (STC), which is close to the United Arab Emirates and makes no secret of its desires to again have a separate southern state.

The council also includes Tarek Saleh, the nephew of Yemen's ex-president Ali Abdullah Saleh, who was assassinated by his former Huthi allies in 2017.

While all have experience in combat, their political ambitions may pose an obstacle to the work of the council.

"There is no doubt that it will be challenging for this council to work together," said Kendall.

"But if Yemen is to hang together as an integrated state, there is no alternative to a governance structure that shares power between different and sometimes conflicting political groups."

- What about the peace process? -

Hadi's statement came during discussions on Yemen which the Huthis refused to attend in Saudi Arabia, which has been leading a military coalition against them since 2015.

He said that the new council would be tasked with "negotiating with the Huthis for a permanent ceasefire".

The rebels have yet to issue an official comment.

"It is a clear sign either we enter negotiations for peace or this will turn into a war council... that is going to be fighting the Huthis," said Basha.

According to Kendall, the Huthis could be "more open" to a political process, particularly if their position weakens.

"A lot will depend on the new administration's success in consolidating support on the ground, its willingness to compromise," she added.