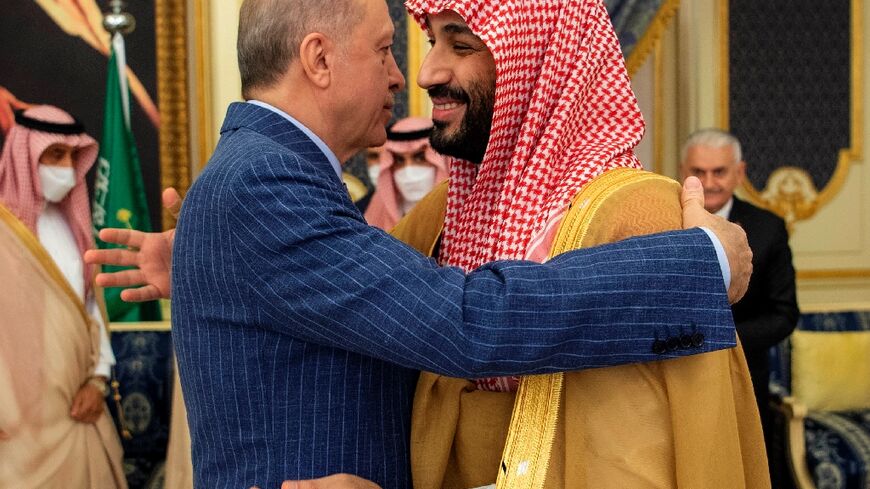 Turkish President Recep Tayyip Erdogan has met with Saudi Arabia's crown prince to "develop" relations in his first visit since the 2018 killing of journalist Jamal Khashoggi drove a wedge between the Sunni powers.

The pair "reviewed the Saudi-Turkish relations and ways to develop them in all fields," SPA reported.

Erdogan then visited the Muslim holy city of Mecca to perform an umrah pilgrimage.

The trip came as Turkey, facing an economic crisis fuelled by the collapse of its currency and soaring inflation, tries to draw financial support from energy-rich Gulf countries.

Prior to flying from Istanbul to Saudi's second city Jeddah, where some roads were lined with Turkish and Saudi flags, Erdogan said he hoped "to launch a new era" in bilateral ties. 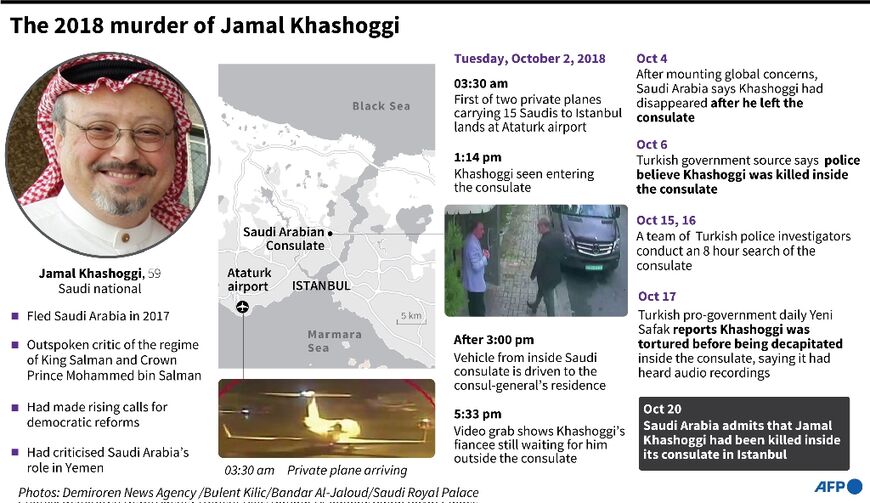 "We believe enhancing cooperation in areas including defence and finance is in our mutual interest," Erdogan said.

Saudi agents killed and dismembered Khashoggi, an insider turned critic, in the kingdom's Istanbul consulate in October 2018. His remains have never been found.

Turkey infuriated the Saudis by pressing ahead with an investigation into the murder of The Washington Post contributing columnist. Erdogan said the "highest levels" of the Saudi government ordered the killing.

Saudi Arabia responded by unofficially putting pressure on Turkey's economy through a boycott of Turkish imports. 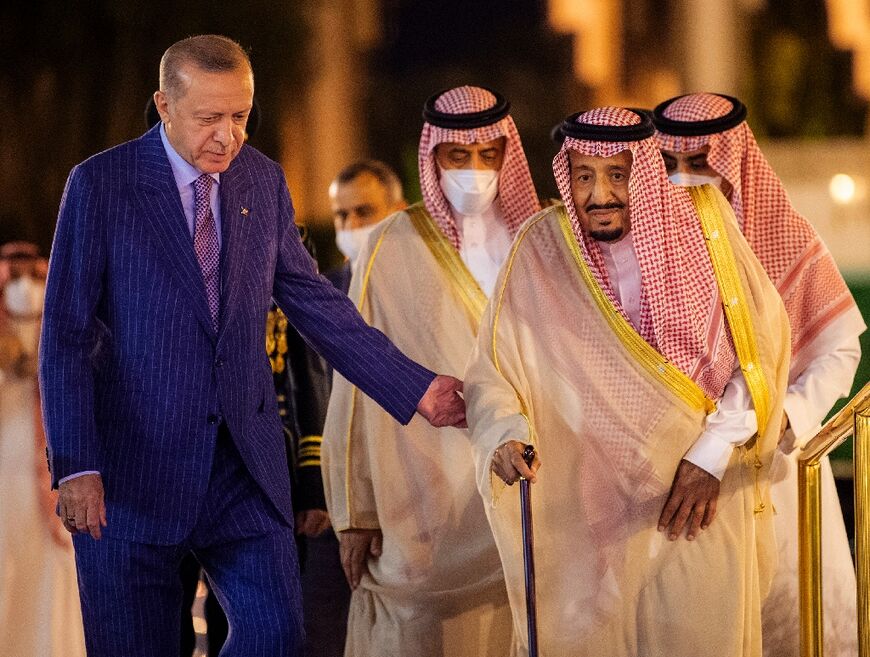 But trade between the two has been gradually improving, and in January Erdogan said he was planning a visit to Saudi Arabia.

Earlier this month, an Istanbul court halted the trial in absentia of 26 Saudi suspects linked to Khashoggi's death, transferring the case to Riyadh.

The Turkish decision infuriated human rights campaigners and Khashoggi's widow Hatice Cengiz, who vowed to appeal it in a higher court.

Fallout from the Khashoggi killing continues to mar Saudi Arabia's image, especially in the United States.

Erdogan's visit will be seen as a win by Saudi officials keen to move on, said Saudi political analyst Ali Shihabi. 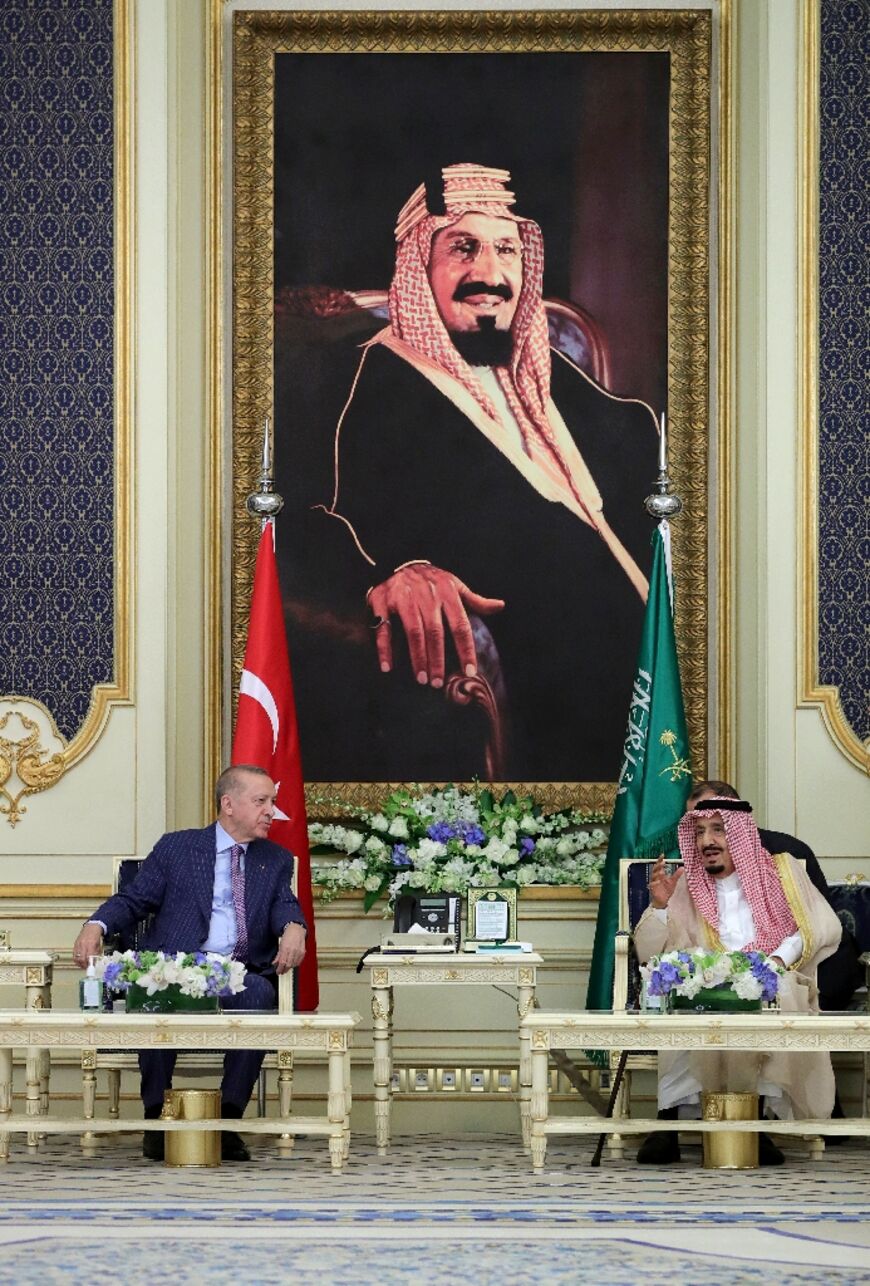 "Of course it is a vindication," Shihabi said. "Erdogan was isolated and paid a high economic price in massive economic losses resulting from an economic and travel boycott, which is why he is the one coming to Saudi".

Both countries stand to benefit, he added, as Erdogan "needs the trade and tourism flows from Saudi, and Saudi would prefer to have him 'on side' on a variety of regional issues -- and may be open to buy arms from Turkey."

Few details about Erdogan's itinerary were made public, and the trip was closed to independent media.

A Turkish official told AFP that Erdogan was not likely to make any formal announcement during the trip, which was expected to conclude Friday. 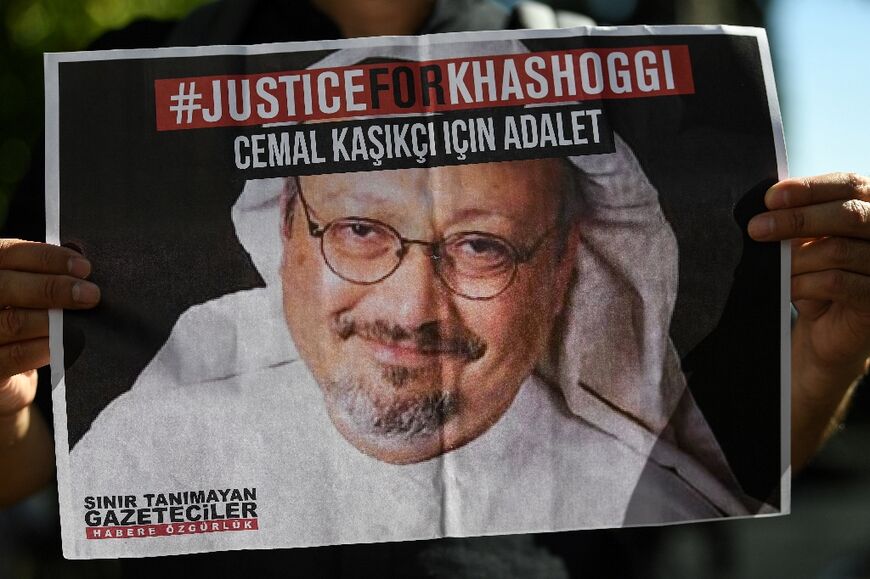 "It looks like Turkey's forgotten about Khashoggi, and I'm sure the Saudis appreciate that," Esfandiary said.

Turkey has suffered an annual inflation rate topping 60 percent and a wave of winter street protests that have hurt Erdogan's popularity ahead of a general election next year.

Erdogan is now seeking backing from Gulf countries with which he has been at odds in the decade since the Arab Spring revolts.

In February, he travelled to the United Arab Emirates for the first time in nearly a decade, and called on wealthy business leaders to invest in Turkey.

The last time Erdogan visited Saudi Arabia was in 2017, when he tried to mediate a dispute pitting the kingdom and other Gulf countries against Qatar.