Three Iranian clerics stabbed, one killed in attack at shrine

The attack of three Iranian clerics has put authorities on alert about a possible backlash. 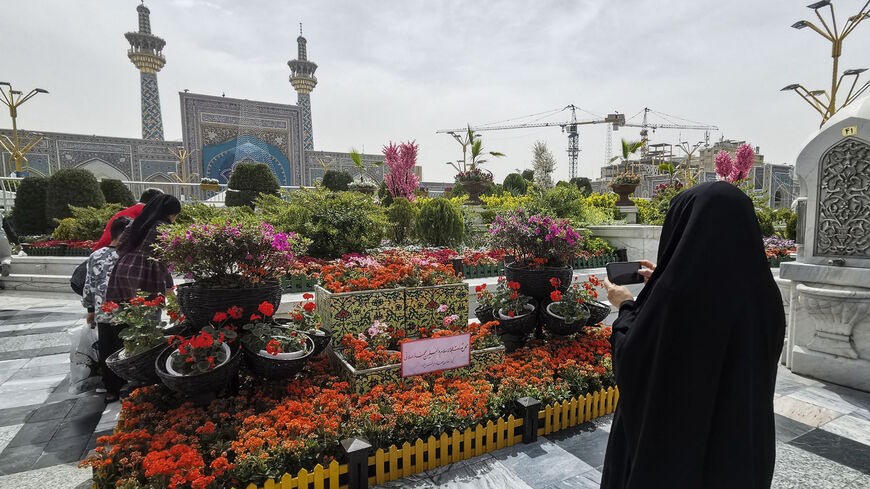 Iranians visit the spot in the courtyard of Imam Reza shrine in the northeastern city of Mashhad on April 6, 2022, where a day earlier a Muslim cleric was killed. - HADIS FAGHIRI/FARS NEWS/AFP via Getty Images

An attacker wielding a knife at the Imam Reza Shrine in the city of Mashhad killed one cleric and left two others injured Tuesday.

The attacker was 21-year-old Abdullatif Moradi, an ethnic Uzbek who entered Iran illegally in 2021 and has been living in the Mashhad area. According to Iran’s Tasnim News Agency, Moradi crossed into Iran from Pakistan.

Tasnim News Agency reported that Moradi identified as a “takfiri who viewed Shiites as heretics and believed their blood should be spilled.” In Iranian media usage, takfiris are extremist Sunnis who commit terrorism, specifically against Shiites. Groups like al-Qaeda and the Islamic State are commonly referred to as takfiri groups in the Iranian press.

Moradi reportedly entered the shrine and approached the three clerics, stabbing one about 20 times. Six other individuals, two of them Moradi's brothers, were also arrested by security forces after the attack. Video of the aftermath of the incident showed other individuals restraining Moradi and handing him over to authorities.

Sunni clerics from Iran’s Hormozgan province have condemned the attack and blamed it on “enemies” who want to cause friction between Muslims. Iranian media has not specified whether Moradi is from Uzbekistan or of Uzbek ethnicity from Afghanistan. Najeeb Barwar, an Afghan poet residing in Iran, wrote that the attack by a “Uzbek Afghan was carried out in order to create misunderstandings between two peoples.” He asked that people not associate the attack with the country of Afghanistan.

There are millions of Afghans living in Iran, having come over in waves the last four decades as their country suffered through various wars with the Soviet Union and the United States as well as civil wars. With the collapse of the US-backed government in August 2021, many more Afghans crossed the border into Iran.

Tasnim attributed the incident to Western countries attempting to cause friction between Iran and Afghanistan, saying that after the US exit from Afghanistan, US officials had anticipated a civil war that would drag in or at least cause problems for Afghanistan’s neighbors, primarily Iran. However, when the Taliban quickly took over, the United States fell to a backup plan to stir anti-Afghan sentiment in Iran through US- and Saudi-backed Persian-language media highlighting stories, some of them dubious, about Afghan immigrants. The article concluded, “We must not allow the two countries to be sacrificed by Western games.”