Some countries have been reluctant to provide aid to crisis-stricken Lebanon without the government's implementation of economic reforms. 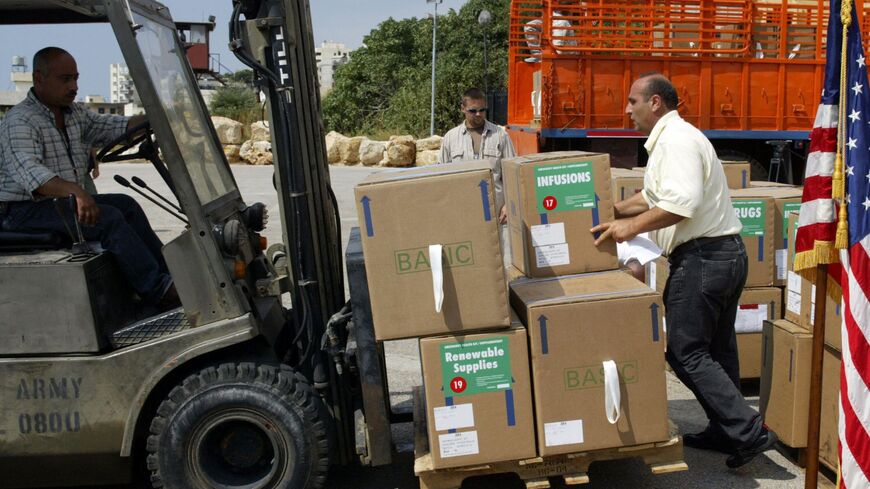 Saudi Arabia and France announced new assistance to Lebanon today as the economic and political crisis in the country continues.

The Saudi government’s humanitarian organization KSrelief signed an agreement with the French Foreign Ministry for Riyadh to provide 36 million euros ($38.2 million) to Lebanon. The money will go towards food, nutrition and health, the official Saudi Press Agency reported.

France will provide an additional 30 million euros ($31.8 million) in aid to humanitarian and development projects in Lebanon, the French embassy in Beirut said in a tweet last night.

The aid is in keeping with the guidelines agreed upon by French President Emmanuel Macron and Saudi Crown Prince Mohammed bin Salman last year. One recipient of the funds will be a hospital in Tripoli, the French Foreign Ministry said in a statement.

Why it matters: The Lebanese economic crisis began in 2019 and has only gotten worse since then. The crisis has been marked by the depreciation of the Lebanese currency as well as shortages of food, fuel and medicine. The 2020 Beirut port explosion further exacerbated the situation, and is still under investigation by the government nearly two years later. Anti-government protests have continued on and off since 2019.

The situation in Tripoli, where France will send some of the new funding, is particularly dire. Earlier this week, several migrants died after sailing from the northern Lebanese port city when their boat capsized.

Many states, including France, have been reluctant to provide considerable aid to Lebanon in the absence of governance and macroeconomic reforms.

The International Monetary Fund announced earlier this month $3 billion in aid to Lebanon, but this is contingent on the Lebanese government passing a budget and a law to fight corruption.

The Saudi aid also represents a turning point in Saudi-Lebanon relations. Saudi Arabia pulled its ambassador from Lebanon last year over comments made by Lebanese minister that were critical of the Saudi intervention in Yemen. Earlier this month, Saudi Arabia returned its ambassador.

Saudi Arabia remains concerned about Iran’s influence in Lebanon via Hezbollah, as well as drug trafficking from Lebanon.