One rocket was fired from Lebanon yesterday and two rockets were fired at Israel from the Gaza Strip Friday night. 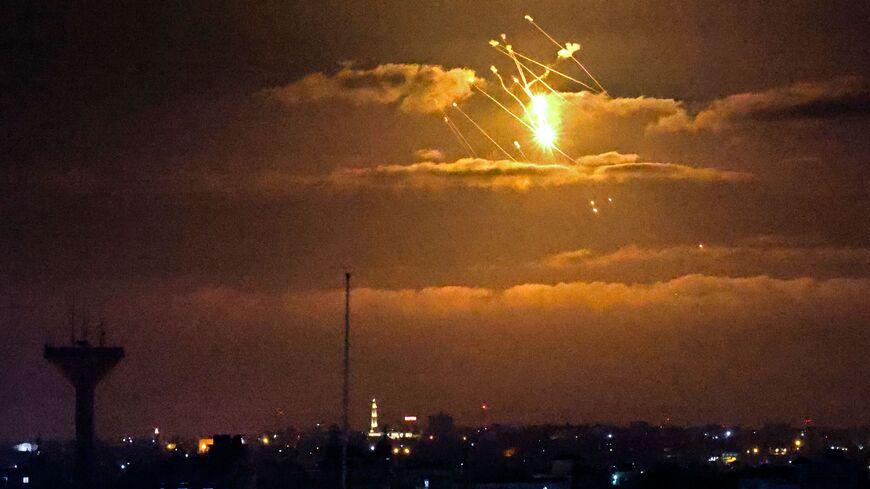 The IDF fired dozens of artillery shells toward targets in southern Lebanon after a rocket was fired into northern Israel yesterday, near the border town of Shlomi.

IDF spokesperson Brig. Gen. Ran Kohav tweeted, “Reacting to a rocket fired tonight from Lebanon, our artillery fighters struck back with dozens of artillery shells in order to make it clear to those on the other side that we do not intend to accept any violation of Israeli sovereignty."

He went on, "We have a variety of tools to respond, and there is no intention to allow for such fire to continue. We are not going to allow even a single rocket. We will continue to respond as necessary.”

Kohav said that there is no change in the alert level along the northern border, adding, “We have all the intention that Remembrance Day and Independence Day will pass quietly. It is our job to protect the State of Israel and we will continue to do so.”

After the rocket fire, the United Nations Interim Force in Lebanon (UNIFIL) issued a statement saying that the night of April 24, “UNIFIL detected a rocket being launched from south Lebanon toward Israel. Head of Mission and Force Commander Major General Aroldo Lázaro was in immediate contact with authorities on both sides of the Blue Line to urge restraint. Nonetheless, the Israel Defense Forces fired back several dozen shells into Lebanon. Major General Lázaro called on all parties to avoid further escalation, expressing his concerns about the disproportionate response.”

Israeli Defense Minister Benny Gantz called on Lebanon's government "to take responsibility for what happens on its territory," saying, "If terrorism and violence continue, we know how to use the necessary force against the right targets."

Interviewed by KAN Reshet Bet, Kochav said the IDF has not yet confirmed who was behind the rocket and that no organization has taken so far responsibility. Still, he said, Palestinian factions were likely responsible for the incident, which "was connected to the Ramadan period and the events at the Temple Mount." Other reports in the Israeli press said the defense establishment is considering the possibility that Hamas in Lebanon ordered the rocket fire in reaction to Israel’s decision to close the Erez crossing between Gaza and Israel.

While the Lebanon rocket seems for the moment to have been an isolated incident that came after several weeks of calm, rocket fire was also registered last week against Israel from the Gaza Strip as unrest continues to roil Jerusalem.

Two rockets were fired from Gaza at southern Israel on April 22. One of them reached Israeli territory, but caused no damage. The other fell near a residential building in northern Gaza. In reaction, Israel said it would close its only pedestrian crossing from the Gaza Strip for workers, but did not strike back. The IDF said in a statement, "Following the rockets fired toward Israeli territory from the Gaza Strip last night, it was decided that crossings into Israel for Gazan merchants and workers through the Erez Crossing will not be permitted this upcoming Sunday."

Gantz tweeted April 24, "Today's assessment of the situation by the Southern Command: Israel is the strongest country in the region. We will continue to show civic and economic generosity only if security stability is maintained. Terrorist organizations and perpetrators of incitement must remember: Those whose economic, civilian and military situation is unstable will be severely affected by any upheaval."