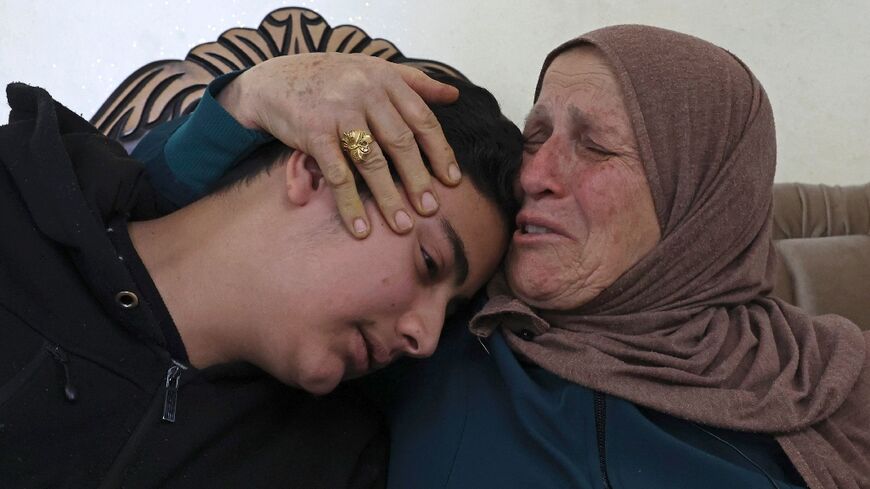 When Ghada Sabatien set out to visit her uncle in a village near Bethlehem, she was not expecting to be caught up in the spike in violence between Israelis and Palestinians.

But the unarmed 45-year-old, who was partially sighted and understood little Hebrew, bled to death in the street after "mistakenly" being shot by an Israeli soldier.

She leaves behind six orphans.

The West Bank village of Husan is usually a quiet backwater, despite being close to a major crossing into Israel.

The shops have signs in both Arabic and Hebrew, and even Israeli settlers regularly stop there to buy groceries, with few tensions.

At the entrance to the village, Israeli soldiers sit guard on a concrete island that serves as a checkpoint. 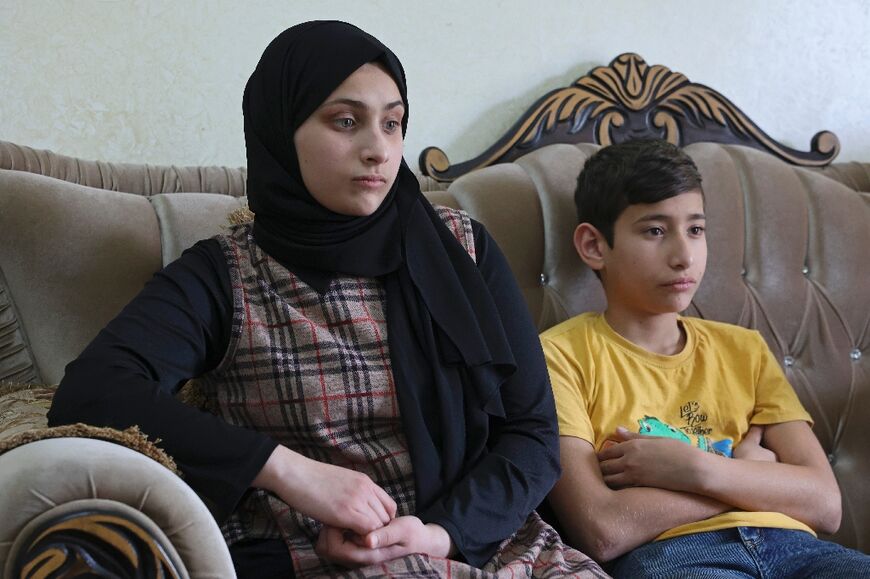 On April 10, Ghada set out to visit her uncle, wearing a hijab and long gown.

On the way back, the walk took her past the makeshift checkpoint.

As she approached, a soldier fired warning shots and shouted.

Ghada has "eye problems", her family said, adding that she did not speak Hebrew as she had spent years abroad.

In footage caught by a Palestinian TV crew that happened to be filming nearby, she appeared to panic.

But she kept walking. The soldier opened fire at her legs, and she fell to the floor.

It took several minutes for an ambulance to arrive. By the time she reached a hospital in the nearby town of Beit Jala, she had lost catastrophic amounts of blood.

She died in the hospital.

-'She cannot be replaced'-

Ghada was not wearing an explosive vest or carrying any kind of weapon.

Her family have been in shock and anger ever since she was killed. 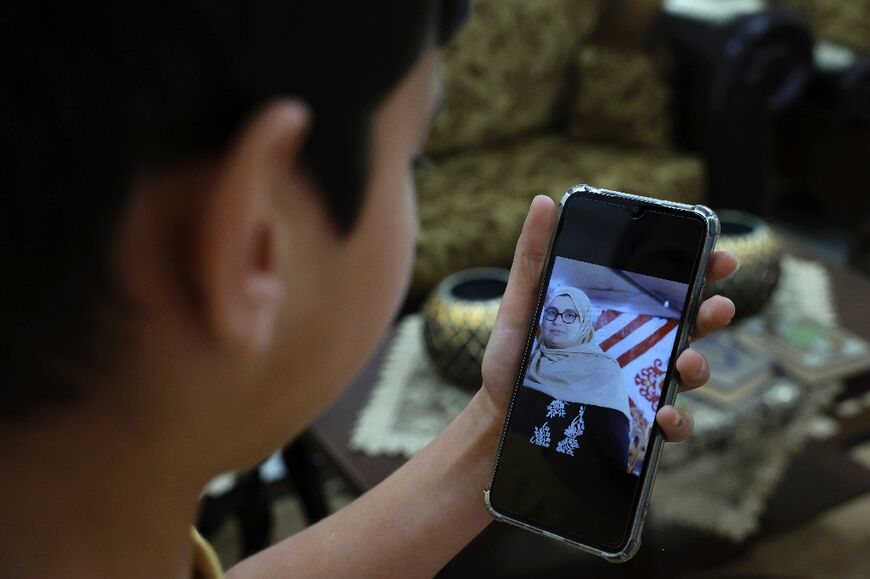 "My sister went there and asked a soldier in Hebrew: 'Did she do anything wrong?'," Ghada's mother Houria Sabatien, 69, told AFP.

Around her sat her grandchildren, four of Ghada's orphans: Omar, Jamila, Mohammed and Moustafa, their eyes glued to the floor.

"I would like to feed them and show them life. But I'm afraid for their future."

Moustafa, 15, is struggling to comprehend the tragedy.

"She was everything, she cannot be replaced."

He reminisced about Ghada's delicious maqloubeh, a Palestinian dish of rice and meat, and how she would help with his mathematics homework.

"She made me understand straight away," he said. 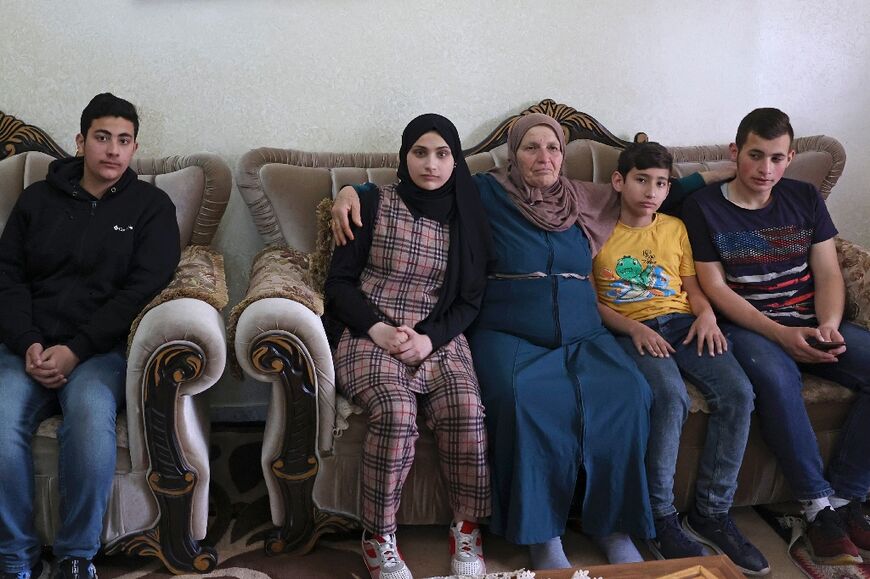 Born into a family of scientists, Ghada Sabatien graduated with a degree in mathematics at Bethlehem University and spent 15 years in Jordan, where she was a teacher.

After her husband died four years ago, Ghada returned to Husan with the children.

"She was an independent, peaceful, educated woman who was not interested in politics at all," says Rafat, her brother.

He said he had received an apology from the Israeli army for their "mistake".

AFP approached the army for comment on Ghada's killing.

It said she had run "suspiciously" towards the checkpoint and that soldiers had fired at her legs.

"The suspect received initial medical treatment by IDF soldiers at the scene," it said.

"The circumstances of the case are being reviewed."

The tragedy sparked anger, both among Palestinians and overseas.

In a rare move, Washington's envoy to the Palestinians, George Noll, called the family to express his condolences. 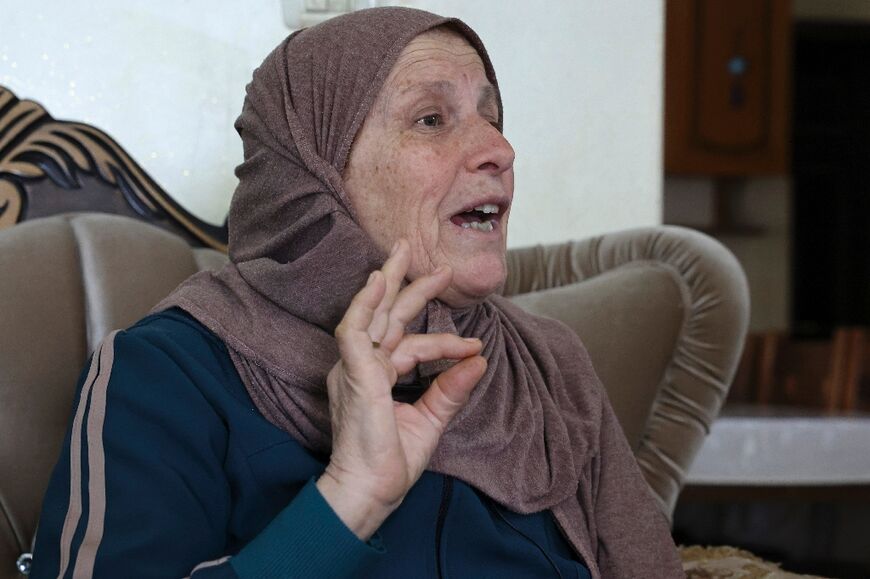 The Husan area saw a spike in night-time protests. One young man, Qusay Hamamra, was killed by Israeli forces after throwing a Molotov cocktail at them.

But Houria said she would teach Ghada's children a different path.

"If we want to fight against Israel, we must do it through education, culture (...) we cannot stay in hatred," she said.

"If I love Ghada, I must teach this to her children."