In an interview with Al-Monitor, the newly appointed UN special rapporteur for the Palestinians, Francesca Albanese, speaks about her plans to address human rights violations in the Palestinian territories, while fending off a smear campaign launched against her by Israel. 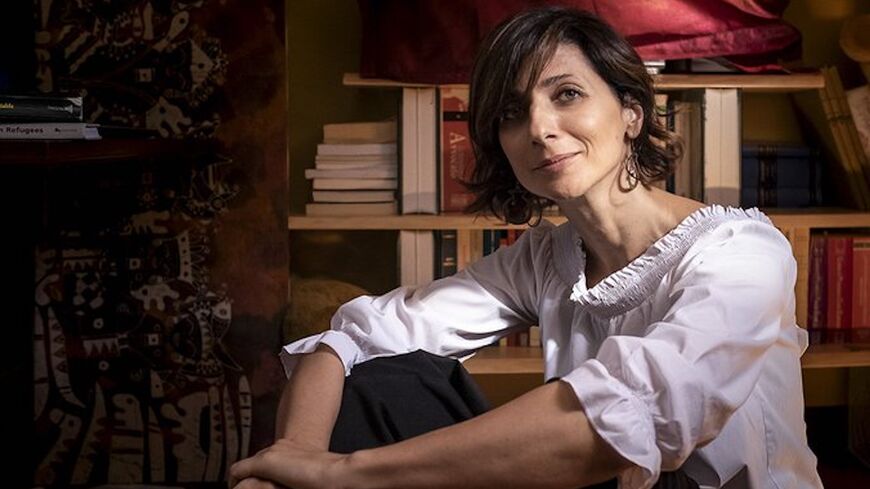 Italian international lawyer Francesca Albanese is full of energy and ready to carry out the mandate she was recently tasked with. Albanese said that the position of special rapporteur for the Palestinians, which she was elected to for a six-year term in February, is dedicated to an independent expert. While many similar UN positions are based on thematic areas, this position has a clear geographic mandate. “The UN Human Rights Council has mandated me to investigate and report on the human rights situation in the occupied Palestinian territories — that means the West Bank, including east Jerusalem and the Gaza Strip,” she told Al-Monitor via Zoom from Tunis where she is residing.

The Italian lawyer and researcher, the first woman to occupy the UN position, says she believes in the importance of academic rigor and will certainly carry out her assignment with integrity.

An expert in international law who deals with human rights issues, Albanese is also the first person currently working for a well-respected Arab nongovernmental organization to be tasked with this mandate.

Albanese worked for 10 years with the United Nations, including with the UNRWA, before moving to academia. She is proud to be currently working with the Amman-based Arab Renaissance for Democracy and Development (ARDD).

“ARDD, where I now coordinate the Migration, Forced Displacement and Statelessness Program, aims to create a discussion chamber like the Chatham House in the Middle East on questions implying a positive and inclusive transformation of the Arab world, and I am honored to be part of this effort,” she continued.

She says that her role in the new job, which officially begins on May 1, is to investigate Israeli violations committed in the occupied Palestinian territories in violation of international law. “My job will include carrying out communication with concerned parties, governments and civil society as well as witnesses, and report to the UN Human Rights Council about my findings regarding the violations in the occupied Palestinian territories.”

Albanese is aware that things have changed dramatically since 1993. “My intentions will be to look at human rights violations in the broader context.” She said that she is open to looking at any major violations of human rights by all parties, especially in the area of “the persecution of human rights defenders and the shrinking space of civil society.”

The international law expert told Al-Monitor that — as Michael Lynk, the current special rapporteur, reported since 2017 — the Israeli occupation has crossed the red line of legality. “According to international law, occupation is to be temporary, justified by military necessity and in the interest of the occupied people,” she said.

Having worked hard in researching an important book on Palestinian refugees enabled Albanese to be ready for this new mandate. “I take my mandate seriously with full consciousness and authority because I am very familiar with the situation on the ground. For five years I immersed myself to study Palestinian history, and I have the legal instruments to advise on how international law is supposed to work.”

The question of the applicability of international law has loomed big with the war in Ukraine. Albanese expressed her deep solidarity with the people of Ukraine. “The current situation in Ukraine is a tragedy, and what has been said of its illegality according to international law is correct.”

Albanese said the war is “also exposing on a large specter the double standard of the international community, whether it is in regard to the conflict itself and the human rights, or the case of the way Ukrainian refugees are being taken care of.”

She said that “ignoring the case of Palestine among others is no longer justified where continued human rights violations are taking place, while the international community can’t be seen as supporting human rights in Ukraine but failing to do anything about Palestine.”

On Israel’s refusal to accept the fact that the similarities make sense, Albanese said, “The Israeli government and its supporters' repeated claim of exceptionalism have been overused, and it has led to abuses and double standard. It is about time for the international community to question and act upon it.”

When asked about the multiple attacks against her on day one of the decision by the Geneva-based UN Human Rights Council to appoint her, Albanese firmly said, “I am neither surprised nor particularly hurt. I know that these attacks are against anyone shedding light on the facts on the ground and related violations.”

She doesn’t deny having opinions. “Every person on this earth has opinions, but apparently I am not allowed to have an opinion. Clearly, I have legally informed opinions, which I formed after years of work in and on Israel/Palestine. But also, for three years, I worked for UNRWA in Palestine. I was horrified by what I saw. It was much more than my body could handle. At that time, I clearly saw and felt the apartheid policy. But at that time, I didn’t have the tools to deal with [it].”

She continued, “The current special rapporteur, professor Michael Lynk, has joined many others in denouncing it, and I intend to continue the rigorous investigative and reporting work he and other distinguished rapporteurs have done.”

“As Michael Lynk once said, ‘I come into this position with an open mind, not an empty mind,’” she added.

“What annoys me, though,” Albanese said, “is that I am expected not to respond to accusations that are totally inaccurate. I am not anti-Semite. I never said Jews are Nazis, and I certainly never implied that I can’t carry out my responsibility objectively and professionally.”

She said that the law is applied to establish facts, and when facts are established, “We can’t allow that to obstruct our vision for what it is as a violation of international humanitarian law.”

Asked what she thinks of the criticism against her for not pursuing peace, Albanese was very clear: “There is no contradiction between seeking to document human rights and seeking peace. I don’t see anyone reaching peace without respecting human rights, which is a precondition to peace.”

Albanese states that her mandate is not that of a peacemaker, but that there's "nothing I want more than to see peace. However, peace not premised upon respect for international law and basic human rights is an oxymoron.”

In conclusion Albenese drew her own mark as to how she should be judged in this position. "I feel compelled to perform the Special Rapporteur's mandate even-handedly, approaching everyone with dignity, empathetically seeking the truth and all sides to incidents. Eventually, this is what I will be judged on."