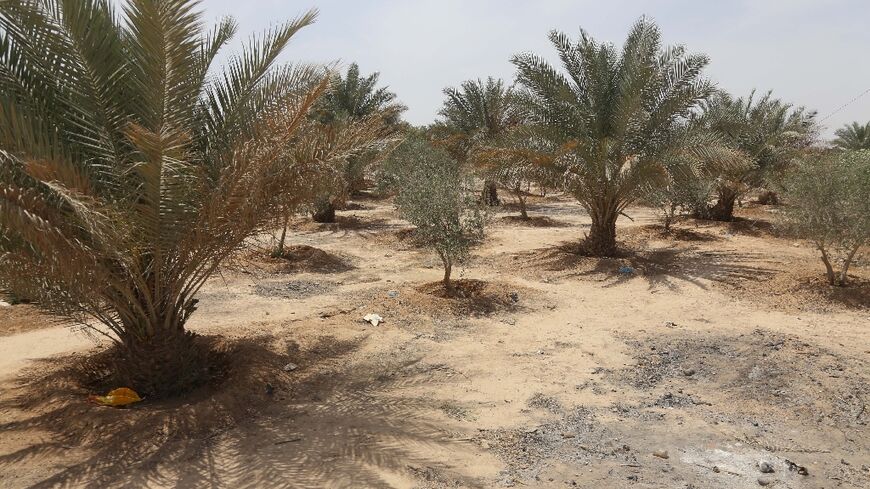 Sixteen years after its inception, only a fraction of the 76-kilometre (47-mile) 'green belt' in Iraq's Karbala has materialised, and even so, poor irrigation and lack of maintenance have left trees struggling to grow - Mohammed SAWAF
by Salman Amin
April 19, 2022 — Karbala (Iraq) (AFP)

Envisioned as a lush fortress against worsening desertification and sand storms, the "green belt" of Iraq's Karbala stands as a wilted failure.

Sixteen years after its inception, only a fraction of the 76-kilometre (47-mile) crescent-shaped strip of greenery has materialised, though the years proved a deep need for protection against mounting environmental challenges.

Eucalyptus, olive groves and date palms first took root in 2006 as part of a plan for tens of thousands of the trees to form a green protective shield around the city in central Iraq.

"We were very happy because the green belt would be an effective bulwark against dust," said Hatif Sabhan al-Khazali, a native of Karbala -- one of Iraq's Shiite holy cities that attracts millions of pilgrims every year.

Iraq's host of environmental problems, including drought and desertification, threaten access to water and livelihoods across the country. 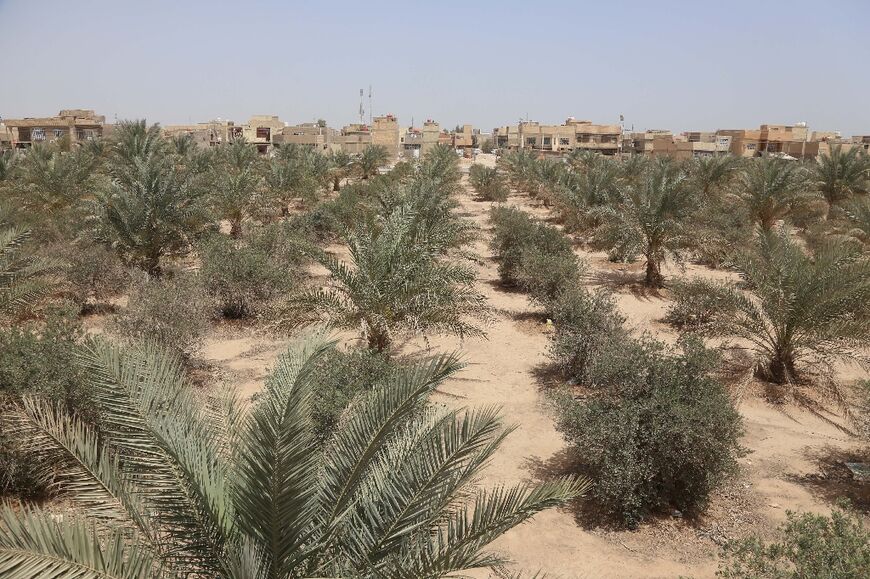 But nowadays, the southern axis of Karbala's green belt is only about 26 kilometres long while the northern axis of the 100-metre (328 feet) wide strip is even shorter, at 22 kilometres.

Irrigation is sparse. No one pulls out the weeds anymore. Branches of the stunted olive trees sway between date palms -- symbolic of Iraq -- that struggle to grow.

"The construction was stopped," said Nasser al-Khazali, a former member of the Karbala provincial council.

He blamed "lack of interest from the central government and local authorities," saying: "The funding didn't follow."

According to him, only nine billion dinars ($6 million) was spent on the northern axis, out of the originally planned 16 billion dinars.

"Negligence" is how Hatif Sabhan al-Khazali explains the fate of the green belt project.

It's a frequent refrain -- along with "financial mismanagement" -- on the lips of many Iraqis and was a driving factor behind near-nationwide protests against graft, crumbling public services and unemployment that shook the country in 2019. 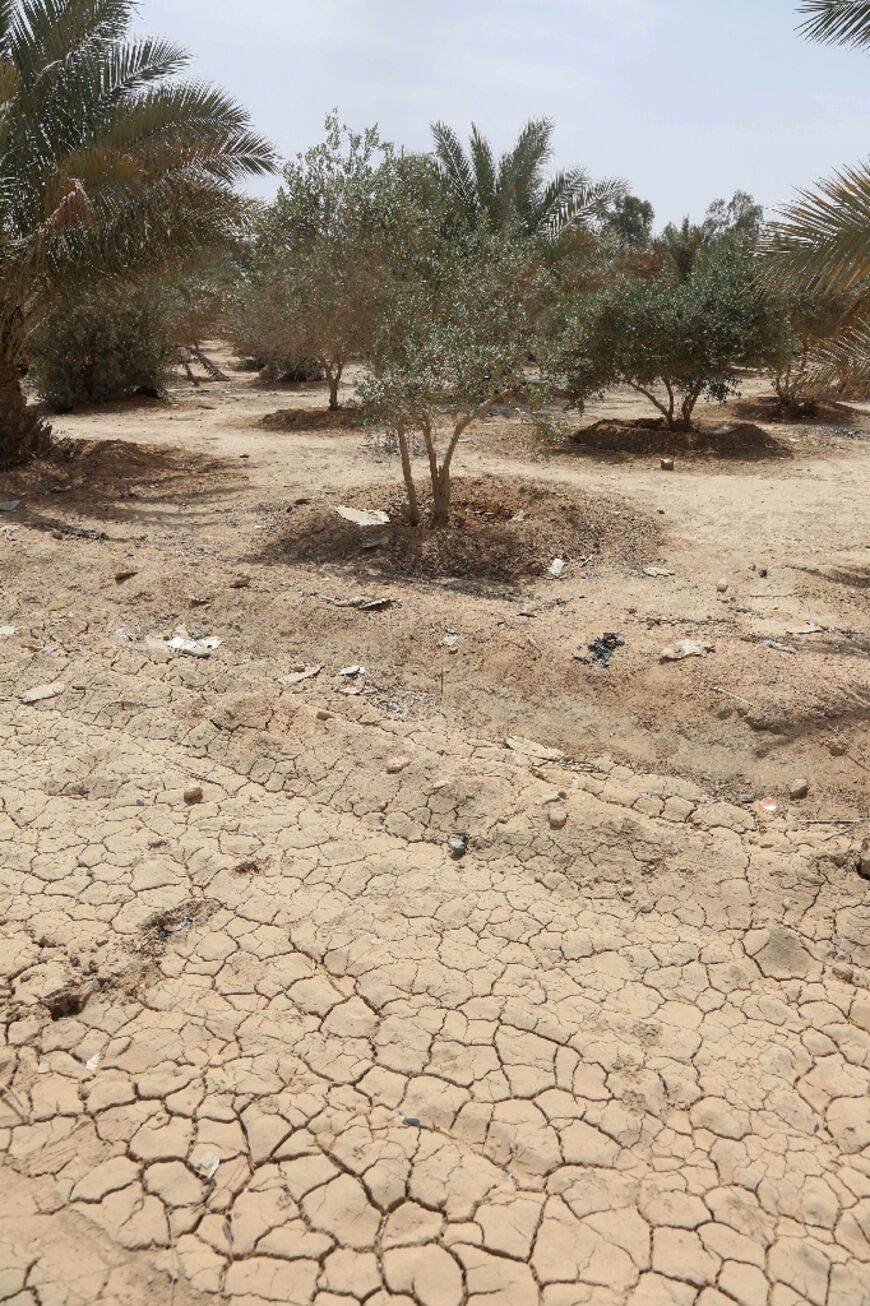 What was meant to be a buffer against frequent dust storms that envelop the country does little to lessen their impact.

Earlier in April, two such storms blanketed Iraq in less than one week, grounding flights and leaving dozens hospitalised due to respiratory problems.

According to the director of Iraq's meteorological office, Amer al-Jabri, sand and dust storms are expected to become even more frequent.

He attributed this increase to "drought, desertification and declining rainfall", as well as the absence of green spaces.

In November, the World Bank warned that Iraq could suffer a 20 percent drop in water resources by 2050 due to climate change.

Water shortages have been exacerbated by the building of upstream dams in neighbouring Turkey and Iran.

These water shortages and the attendant soil degradation have led to a drastic decline in arable land. 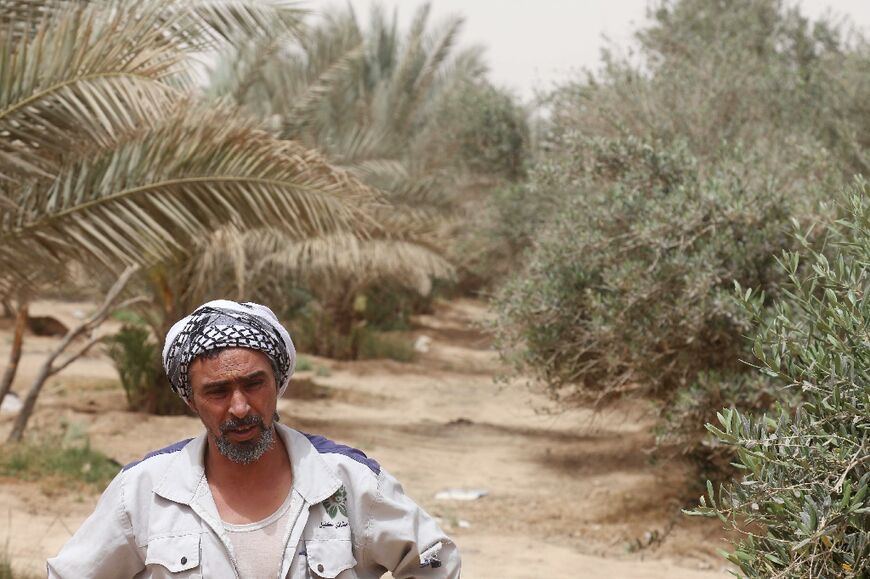 Iraq "loses around 100,000 dunams (about 250 square kilometres or 97 square miles) of agricultural land every year", said Nadhir al-Ansari, a specialist in water resources at Sweden's Lulea University of Technology.

"This land is then transformed into desert areas," he said, warning that Iraq should "expect more dust storms" -- which would have dire consequences on agriculture and public health.

Ansari blamed this on the Iraqi government and the "absence of water planning".

During the country's last dust storm, the agriculture ministry assured that it was working on "restoring vegetation cover" in Iraq.

Last year an official with the Ministry of Water Resources referred to "several initiatives" to plant green belts but he said that "unfortunately these belts were not maintained," the state INA news agency reported.

As an example the official cited Karbala, where Hatif Sabhan al-Khazali despairs at seeing the city's green belt left to "criminal gangs and stray dogs".