Deadly West Bank attack after day of clashes in Jerusalem 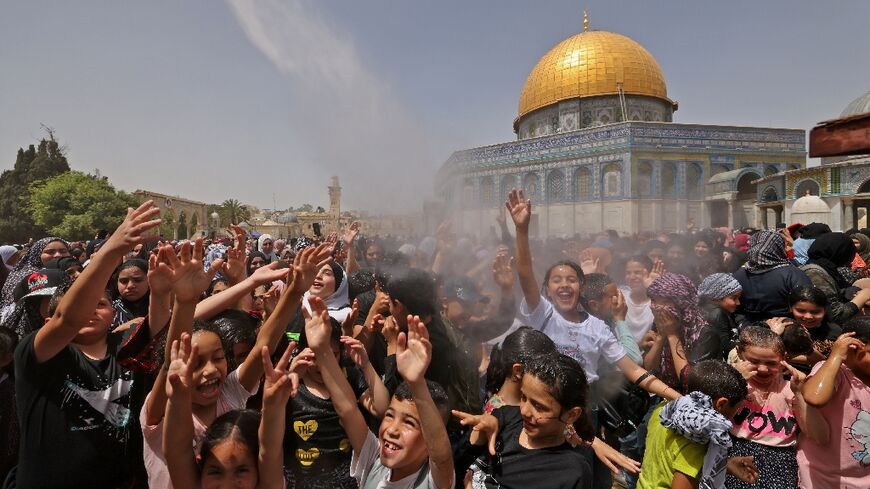 Palestinian worshippers attend the last Friday prayers of the Muslim holy fasting month of Ramadan, outside the Dome of the Rock mosque at the Al-Aqsa mosque compound in Israeli-annexed east Jerusalem - AHMAD GHARABLI
by Claire Gounon
April 29, 2022 — Jerusalem (AFP)

A Palestinian man and an Israeli guard were killed in separate West Bank incidents following clashes on Friday between Palestinians and Israeli police at Jerusalem's flashpoint Al-Aqsa mosque.

The guard was attacked at the entrance of the Ariel settlement, the army said, adding that they were pursuing the "terrorists".

The Islamist Hamas movement hailed the killing as a "heroic operation", with spokesman Hazem Qassem declaring it a response to the "attacks on Al-Aqsa," the mosque which has been one of the focal points for weeks of violence.

The Palestinian Red Crescent said 42 people had been hurt at the site, which is venerated by Muslims and Jews.

Meanwhile, Israeli forces killed a Palestinian man overnight Friday in the north of the occupied West Bank, according to the Palestinian health ministry.

The man, in his 20s, was shot in the chest during an Israeli army operation in the town of Azzun, the ministry said in a statement.

A police statement said they went in to contain "rioters and lawbreakers", some of whom were trying to throw stones down towards the Western Wall, the sacred Jewish site below Al-Aqsa.

Police said officers used "riot dispersal means" to contain the unrest and that two people had been arrested, one for throwing stones and the other one for "inciting the mob". 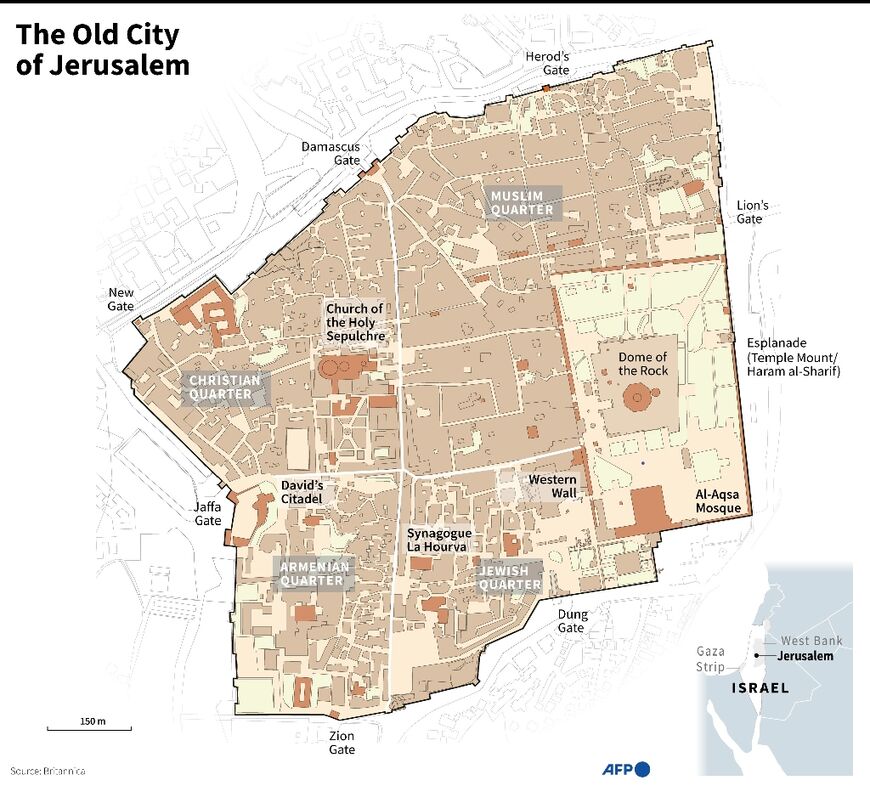 An uneasy calm had been restored at the compound following the unrest that surrounded morning prayers, but tensions remained high.

In the early afternoon, a crowd of Muslim worshippers gathered at Al-Aqsa. Some people waved Palestinian flags and the colours of the Gaza Strip-based Hamas militant group, an AFP journalist said.

Over the past two weeks, nearly 300 Palestinians have been hurt in clashes at the Al-Aqsa compound, Islam's third-holiest site. It is also Judaism's holiest place, known to Jews as the Temple Mount. 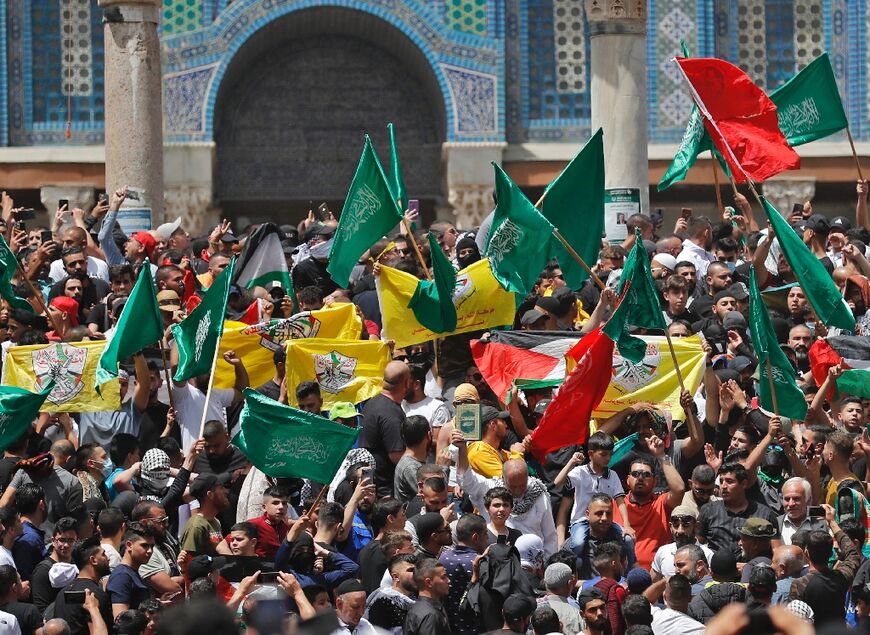 The site is in east Jerusalem, which Israel captured in the 1967 Six-Day War and later annexed, in a move not recognised by most of the international community.

Israel's incursions into the compound during Ramadan met widespread condemnation and raised fears of inflaming persistent Israeli-Palestinian tensions across Jerusalem.

But Israel has insisted it has been compelled to act against operatives from Islamist groups Hamas and Islamic Jihad. It says the militants threaten Muslim worshippers at Al-Aqsa and Jews praying at the Western Wall.

In an apparent attempt to ease tensions, Israel's Foreign Minister Yair Lapid has stressed that the government is committed to the status quo at the compound, meaning an adherence to long-standing convention that only Muslims are allowed to pray there.

Jews are allowed to visit the Temple Mount.

Muslim leaders have, however, been angered by a recent uptick in such visits. Some voiced fears that Israel was seeking to divide the compound and create a space where Jews may worship. Lapid told journalists that no such plan exists.

The fresh unrest comes as the end of Ramadan nears early next week. 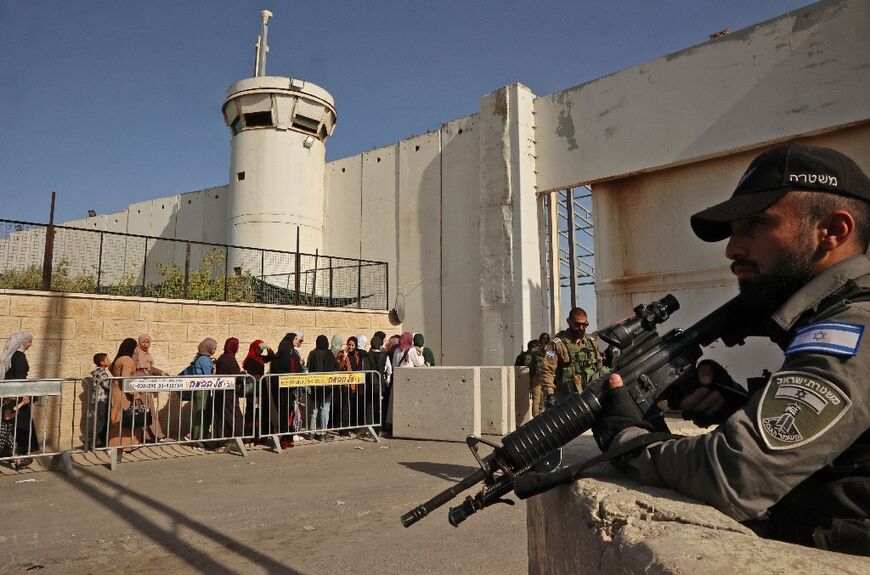 Violence in Israeli-annexed east Jerusalem has raised fears of another armed conflict similar to an 11-day war last year between Israel and Hamas, triggered in part by similar unrest at Al-Aqsa.

Since early last week there has been isolated rocket fire from Gaza towards Israel and Israeli reprisals, but no casualties reported on either side.

Hamas and Islamic Jihad leaders held a rally in Gaza late Thursday, with calls to "defend" Jerusalem including Al-Aqsa.

In an annual show of pro-Palestinian rallies known as Quds (Jerusalem) Day, thousands of Iranians took to streets across the Islamic republic on Friday. Flag-waving protesters chanted "Death to America" and "Death to Israel", the state broadcaster IRIB reported.

Iran's supreme leader Ayatollah Ali Khamenei made live televised remarks in support of Palestinians and slammed those in the West backing Ukraine against Russia's invasion.

"They are making so much noise about the situation in Ukraine... (and) are keeping totally silent about the crimes in Palestine," he said.

Hamas followed with a statement thanking Iran for "standing with Jerusalem and the blessed Al-Aqsa mosque, and for supporting our resisting nation by all means."

The Al-Aqsa tensions have come against a backdrop of violence since March 22 in Israel and the occupied West Bank.

Twelve Israelis, including an Arab-Israeli police officer, and two Ukrainians were killed in four separate attacks inside Israel. Two of the deadly attacks were carried out in the Tel Aviv area by Palestinians.

A total of 27 Palestinians and three Israeli Arabs have died during the same period, among them perpetrators of attacks and those killed by Israeli security forces in West Bank operations.